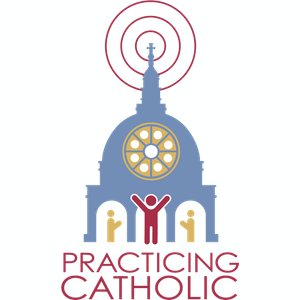 Twin Cities musicians and Catholics, Connor Flanagan and Abe Gross first met several years ago. Their friendship turned into a partnership as they recently created Dayton Avenue Music Label, working to record and help other artists build their careers while creating a spirit of collaboration and encouragement.

“One of our slogans has become” Kingdom over competition, “Flanagan told Patrick Conley, host of the radio show” Practicing Catholic, “in a segment that will begin at 9 p.m. Nov. 5 on Relevant Radio 1330 AM. â€œUnfortunately, in the Catholic music space, there’s a lot of competition,â€ Flanagan said, with people getting attached to a conference, event, or concert. â€œIt’s sort of, I have to get mine, â€he said.

â€œWe are just trying to (emphasize) that there is no room for comparison or competition in the Kingdom of God, and we are better together than apart,â€ he said.

Building a career in music has grown to include more than just recording songs, said Flanagan and Gross. Dayton Avenue has a logo and a clothing line; it works with video clips, social media, and in-person events. They call their business a creative music group because “we really want to focus on using all of our creativity to help launch and integrate an artist,” said Flanagan.

Dayton Avenue Music also has Christ as its center, said Flanagan and Gross. The heart of the effort, Gross said, is to bring the gospel to people through music.

â€œOne of the ways we look at it, I just noticed that if you’re traveling on a bus, if you’re on a plane, everyone has headphones. Like you (Conley) said, it’s is ubiquitous and we ‘We are trying to do as much as we can with the skills and gifts that God has given us to influence this space. That, really, is part of the heart of what we are trying to do is to influence this space, where everyone is listening to music all the time. And the ways that we can actually fit into the culture and create a culture, around the gospel and what we’re trying to do in our lives are really important .

To learn more about Dayton Avenue Music Label, including how it was named, how Joe Masek, executive director of the Cana Family Institute, is involved, and the community of musicians he is building that is built on faith, the family, shared meals and prayer, listen to this episode of “Practicing Catholic”. It will also air at 1 p.m. on November 6 and at 2 p.m. on November 7 on Relevant Radio.

This particular program also features Patty Rosno with Elevate Life, an organization that helps and equips a network of pregnancy resource clinics with marketing, the latest medical standards and communications, and Dave Hrbacek of The Catholic Spirit, who talks about ways to hunt. and loving for the outdoors intersects with faith.

Listen to all the interviews after they air on