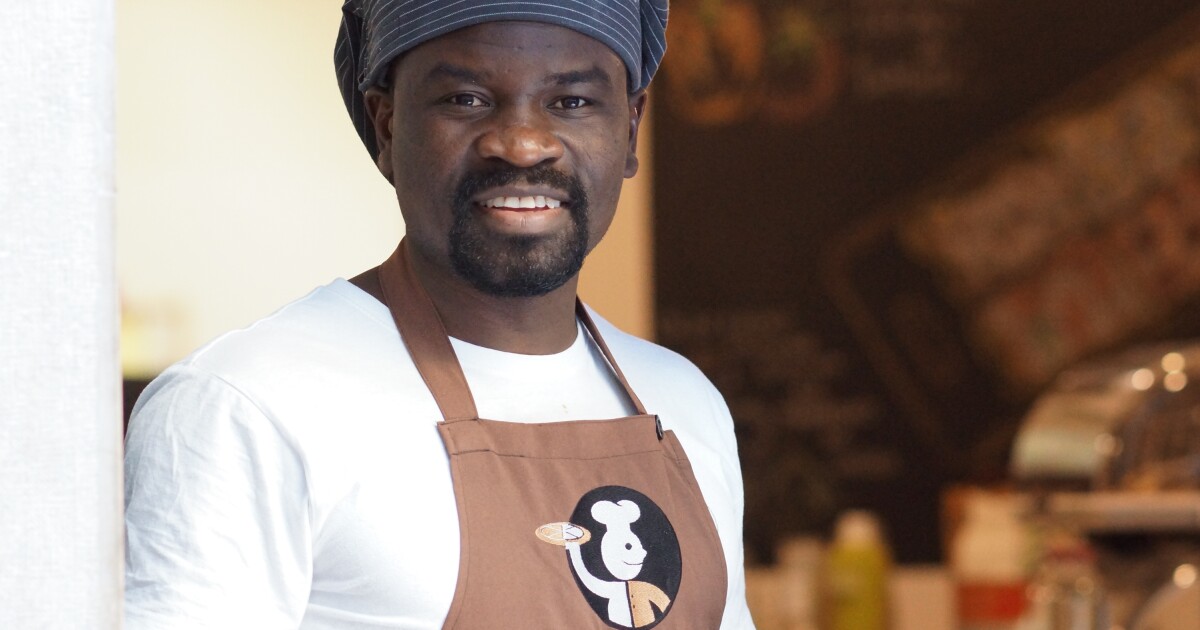 After immigrating from Burkina Faso to Italy at the age of 12, Ibrahim Songne tasted pizza for the first time. His reaction ?

“I had never even heard of pizza before arriving in Italy. I took a bite and found it disgusting and completely tasteless.”

Despite this inauspicious start, Songne then took out a loan to open a pizzeria – and at the end of 2021, the 30-something pizzeria was named one of the world top 50. 50TopPizza.it calls Ibrahim’s dough “perfectly risen” and the recipes “imaginative”.

Ibrahim named his restaurant, IBRIS – an all-caps hybrid of his first and last name. Before he opened the small store in downtown Trento 3 years ago, he says locals warned him: “A black man behind the counter will scare away all customers.”

Those fears seemed to come true when on the first day of opening, Ibrahim stood behind the counter and a middle-aged couple entered. Silently, the couple inspected the pizza on display, he recalls. Then, he says, they probably assumed someone of African descent didn’t speak Italian, remarked, “This pizza looks amazing. Too bad they let black people work here,” and left.

A recipe for success

Ibrahim’s success is not due to a lack of competition. Two other pizzerias are on the same block and seven more are within walking distance.

He says his pizza stands out for “intensity, texture and a sense of experimentation.”

Over the past decade, “crunchy pizza” has become a trend in northeastern Italy – crispy pizza typically has a light but multi-layered dough – which is sometimes fried – and makes a loud cracking noise when she is bitten. Ibrahim created a more subtle version of this crisp.

As for the experimental toppings, they reflect Songne’s belief in Italy’s zero kilometer food movement, using fresh locally available and seasonal ingredients whenever possible. Working alongside his younger brother, Issouf, he changes the pizza menu daily and includes non-traditional ingredients like cream of purple potato, saffron and this bean (chickpea).

A difficult start to a new Italian life

Today Ibrahim lives in the quaint, cobblestone center of Trento. One of the wealthiest cities in the country, it is often ranked among the best for quality of life.

It’s a great contrast to his younger years. Growing up more than 4 hours drive from Ouagadougou, the capital of Burkina Faso, Ibrahim and his parents lived without electricity or running water. In search of work, Ibrahim’s father immigrated to Italy; the family followed later.

Upon arriving in Italy’s mountainous north in 2004, Ibrahim says he was the only black student at school and became even more isolated due to stuttering.

His desire for speech therapy led him to take part-time jobs as a teenager, a path that led him to work in a pastry shop. This is where he fell in love with pastry.

In the years that followed, Ibrahim taught himself how to make pizza. After working in the pastry shop, he had had enough of sweets and decided to pursue savory flavors. His roommate served as a “guinea pig” and Ibrahim became “obsessed” with developing the recipe for consumed pizza dough. He knew he had found it when he landed on a formula featuring Lievito Madre — the “mother dough”, a natural yeast where the same sourdough leaven is perpetually used. Ibrahim has been using the same mother yeast for over five years now.

Today, Ibrahim defines himself as 100% Italian and Burkinabé, “but above all, I am resilient”.

“Once I got over my stutter, I was free. After that, I knew I could face anything.”

Help others with a “hanging pizza”

He has not forgotten his roots. En route to the airport the day Ibrahim left Burkina Faso for Italy, he entered the city for the first time and saw a small boy standing naked, begging in the streets. A passing Burkinabe businessman threw a candy on the ground “like the boy was a dog” and the child rushed after the candy. At that time, Ibrahim says he decided that he would one day dedicate himself to helping others who are hungry.

After seeing so many struggling to make ends meet during the COVID lockdown, Songne’s pizza and charitable impulses merged. Inspired by the Neapolitan tradition of sospeso coffee (“suspended coffee”)—where cafe patrons pay for extra coffee that bartenders later give anonymously to those in need—Ibrahim extended the custom to pizza. Soon, pizza has spread to restaurants all over Italy.

Standing up despite racism and anti-immigrant sentiments

Ibrahim’s success is all the more remarkable given the history of Italy – and his home province.

Racism is part of the country’s past and present.

During the renaissance, young African children called dying (“the dark ones”) were used as domestic slaves in wealthy households in Venice. In recent years, Italians have thrown bananas at the black prime minister of the Italian government, Cecile Kyengeand football star born and raised in Italy, Mario Balotelli. In 2021, the national television channel, RAI, refused to officially ban Blackface following an uproar over Blackface impersonations of Beyonce and other musicians.

Filomeno Lopes, one of the first and most prolific Italian-African authors and host on Radio Vatican Italy (Vatican Radio), says: “Ibrahim dared to step out of the kitchen – where behind closed doors immigrants clean dishes and stealthily prepare meals – and instead lead in a domain that Italians consider their own. In doing so, he forged a new path to citizenship.”

Trentino presents its own challenges.

The current president of the Trentino-Alto Adige/Südtirol region is a member of the far-right anti-immigration Lega North political party. IBRIS storefront signs were vandalized and photos of teenagers standing outside the restaurant making obscene gestures appeared on social media.

Nonetheless, Ibrahim’s contagious positive personality and fluency in Italian with what locals describe as a “perfect” Trentino accent helped endear him. He’s even mastered the regional Trento dialect – and of course – as his new pizza honors prove – he’s a maestro Italian pie.

On a recent Thursday afternoon, Alessandra Gelva, 52, sat excitedly on one of the pizzeria’s benches with her two teenagers and a friend.

“This pizza is beautiful. It’s the alone place we never come for pizza. The toppings are so original. Pistachio is one of my favorites.”

Maria, 35, who declined to give her surname to a reporter, said she “comes here three times a week over an hour’s drive away. He’s famous.”

“Big things start small,” says Ibrahim. “Given enough care and value, food can change the world. It is a bridge between people – a way to experience something new with pleasure. This experience can then lead to greater tolerance and comprehension.

“Once they’ve tasted my pizza, all judgment goes away.”

Ian Brennan is a Grammy-winning music producer (Zomba Prison Project, Tinariwen, The Good Ones) who has recorded 37 records by international artists on four continents. He is the author of seven books. His last, Muse-$ick: a musical manifesto in fifty-nine notes, was published last fall by PM Press of Oakland. He has lived in Italy since 2009.

Photos, translation and additional reporting by Marilena Umuhoza Delli, Italian-Rwandan photographer, author and filmmaker. She has written two books in Italian about racism and growing up with an immigrant mother in Italy.