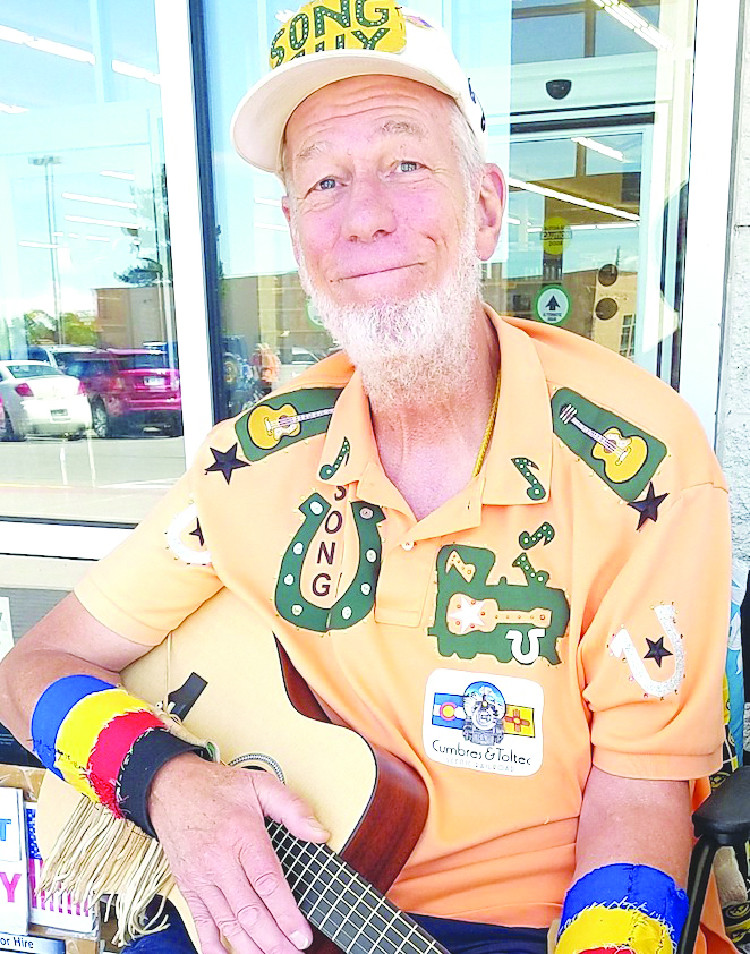 Alamosa News | ‘Song Guy’ had his tips stolen while singing

ALAMOSE– Jim Eaton, better known as “Song Guy”, was the victim of a crime on Monday afternoon. “Song Guy” can be seen for a few hours each day singing favorite old folk songs for advice outside the entrance to Safeway in Alamosa.

As Eaton describes the incident, around 2:30 p.m. Monday he was singing “Tennessee Waltz” when “a man came out of Safeway, acted like he was putting money in the jar but then grabbed the whole thing. money, jumped into a truck and drove off.

Eaton says he yelled, “I was robbed! and tried to stop the truck, but without success.

People who had seen the incident were immediately helpful, including a passerby who noted the truck’s license plate number and helped Eaton, who was “shaken” by the incident, to call 911. Others, he said, came and checked to see if he was okay, some even putting money in his jar.

An Alamosa police officer came to the scene where, by accessing footage from one of the security cameras, she was able to take a photo of the individual before he left the store. The officer then left the scene with both the vehicle registration number and a photo of the suspect.

Moments after he left, Eaton was surprised when a man in his twenties approached him, identified himself as the driver of the truck, and returned the approximately twenty dollars that had been stolen.

The driver told Eaton he was in the parking lot, texting, when a friend he had driven to Safeway jumped into his truck, told him someone was going to beat him up and start driving.

The driver, confused, drove off but then looked in the back seat of the truck and saw his friend counting money. He asked the friend where he got it. When the friend told him, the driver took the money from him and drove him back to Eaton’s.

“I told him it was wrong. You don’t steal money from someone who just sings in the street,” the driver told Eaton, adding that he was also a busker in San Francisco at one time.

When the APD returned to the scene, the driver provided the name of the individual who had stolen the money.

Eaton, who is in his late sixties, was working as a gourmet cook when he suffered a stroke about ten years ago. Playing the folk guitar since the age of fourteen, he always dreamed of singing for people.

“I’m just a generic old man, but I love to sing and make people smile. In this horrible world, it’s important to share a little joy and people smile when I sing. Some people even say “you made me smile” and sometimes people sing. So, I am living my dream,” he said.

Given this philosophy, the irony of someone stealing their money is not lost on them. But he is not discouraged.

“People have good hearts. I was quite shaken but the people who came after comforted me. This just confirmed what I believe – people are basically good, and you can’t judge everyone by a rotten egg. And, of course, he smiles.

Eaton and his wife, also a professional musician who teaches and performs with the band Celtic Knot, formed the duo “Beans and Biscuits” and often perform at the Senior Center in Alamosa. You will find more information about the duo in the “Services Directory” section of the Courrier de la Vallée.

The reggae-rock group Iration organizes a concert in Woodward Park