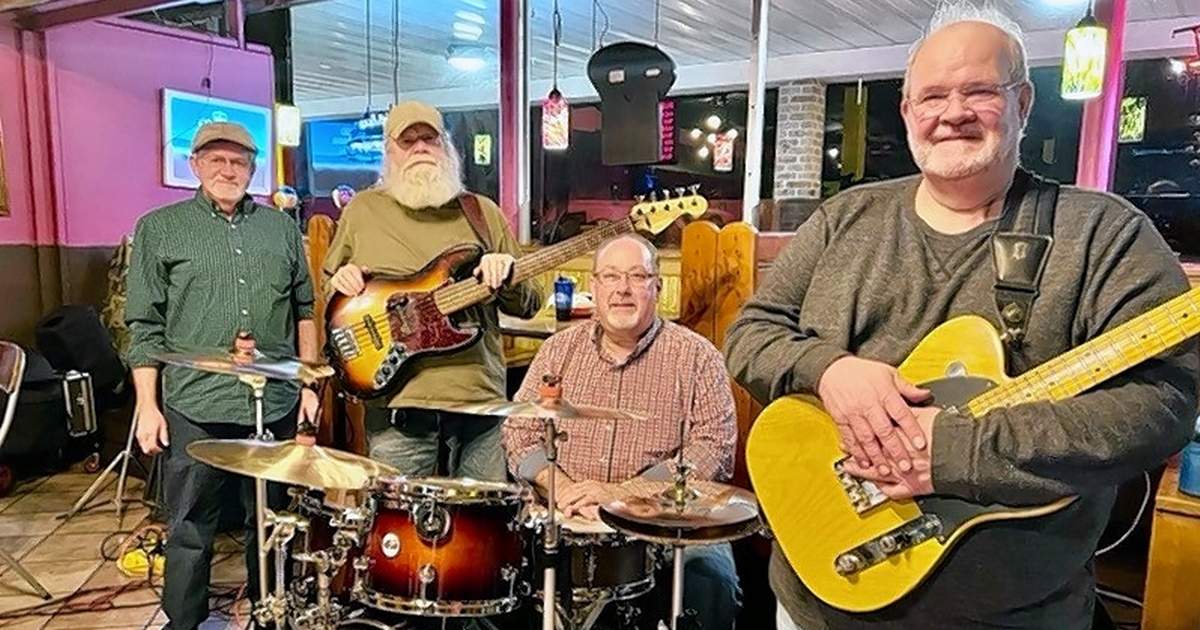 An unexpected delight! Writer goes out to eat when she hears local band for the first time

I was thinking only of hunger when we walked into local Mexican restaurant El Ranchito for dinner on Wednesday night. Two steps into the main room and we heard music that filled the air with delight. There they were, four hometown guys bringing the play to life.

Unbeknownst to me, these four guys have been playing it for over five years twice a month on a Wednesday night. They call themselves “most wanted”.

Joey DeNeal is the band’s guitarist and lead vocalist. Joey is one of those hometown Harrisburg boys. When he’s not singing around town, he plays music with others at the Kentucky Opera once or twice a month.

Donnie Lampley, on bass, hails from Thompsonville, a few miles away. Singing and acting comes naturally to him. Children sometimes come to look at Donnie with his long white beard and wonder if Santa Claus has taken up an off-season hobby. He smiles and lets the children guess.

Jeff Stoffle, the drummer, is originally from Benton and also plays music with a family gospel band every day that ends in “Y”.

Another hometown guy from Harrisburg is David Bolin on steel guitar. He is remembered by many in these neighborhoods as the Uptown Market Butcher that used to be right next to the plaza years ago.

The four guys tell you they’re doing it for the love of music and to make them feel young at heart.

Watching people relax, unwind, even for a few minutes while having dinner, puts a smile on their face as they play one more song for all kids, young and old, to enjoy.

Come hear them play this Wednesday night, the last Wednesday of this month at the restaurant at Parker Plaza, where food and friends make life better.