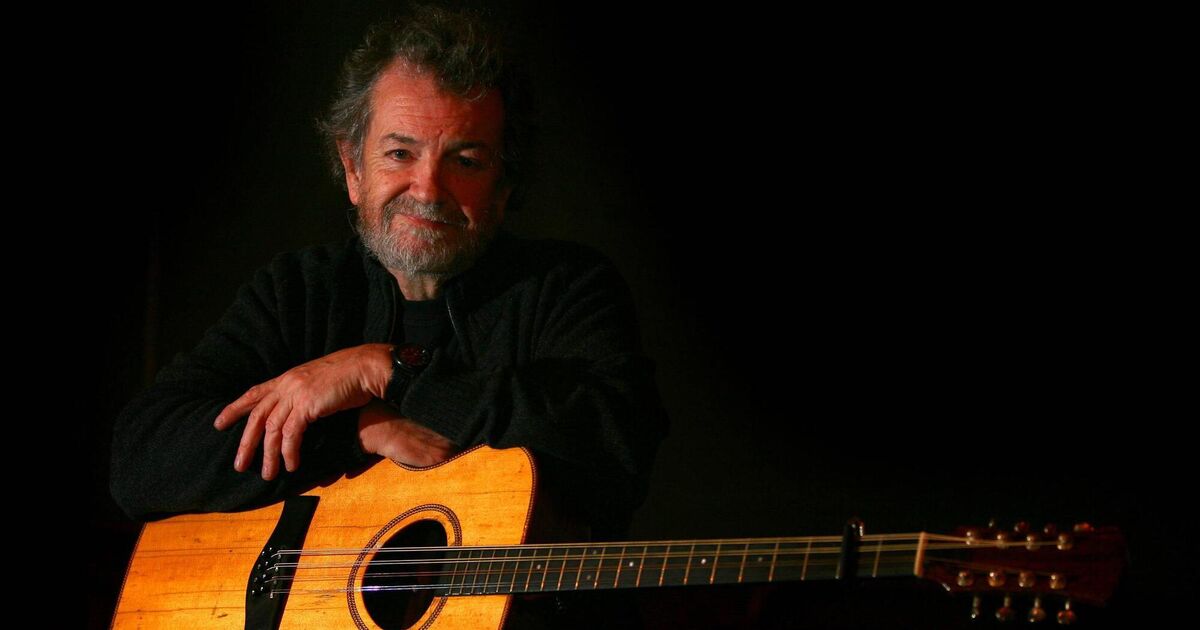 Andy Irvine on musical favorites and performing with Peter Sellers

Andy Irvine, 80, grew up in London. His mother was from Co Antrim, his father from Glasgow. In 1951 he starred in the film A Tale of Five Cities, one of many notable stage and screen credits over the next decade.

During a legendary musical career, he was a member of Sweeney’s Men, Planxty and LAPD, as well as other bands and solo projects. He will perform at De Barra’s, at 9 p.m., on Thursday September 15 as part of the Clonakilty International Guitar Festival.

Lonnie Donegan mentioned Woody Guthrie on the back of one of his EPs. I was determined to find out who Woody Guthrie was, but the world was much bigger in 1957 than it is today. I couldn’t find any recordings of him. I was walking past this little record store in London one day and saw this album in the window and it said More Songs by Woody Guthrie & Cisco Houston. I bought it. As soon as I put it on the record player, in the first eight bars, I was hooked. It was a combination of his guitar playing and his Oklahoma accent. I got so involved with him that he became the hero of my life. I never lost sight of the hand of Woody Guthrie throughout my life. Politically, I always agreed with almost everything Woody had to say.

I love Henry Fonda and Jane Darwell in The Grapes of Wrath. The film, which is about an Okie family traveling in California, is based on John Steinbeck’s novel. I guess I loved it because of Woody Guthrie. Woody had written a song about Tom Joad, the character played by Henry Fonda. Shortly after viewing the film in the 1940s, Woody met John Steinbeck at a party. Steinbeck said, “You wrote that song to my book. I wish you had written the song before I wrote the book. It would have saved me a lot of trouble. »

Twelve Angry Men – which, coincidentally, also stars Henry Fonda – is a pretty tough movie for a lot of people because it all takes place in the jury room of a murder trial. That’s a beautiful story. At first, Henry Fonda is the only person who raises his hand and says, “Not Guilty.” The others say, “Ah, come on, let’s get out of here.” It is a scorching hot afternoon. One of the guys wants to go to the baseball game that night. But ultimately, Henry Fonda is able to sow enough doubt in the minds of his fellow jurors. That’s the whole plot. It’s a wonderful movie.

I’ve always loved film versions of Tennessee Williams plays. For example, A Streetcar Named Desire and The Rose Tattoo, with the wonderful Anna Magnani, who I thought was a great actress. Movies are brilliant. They are not primarily based on a script. It’s the characters that are wonderful.

A long journey from day to night

A Long Day’s Journey into Night by Eugene O’Neill is a magnificent play. This is the most depressing piece you could hope to see. All of O’Neill’s stuff is a bit like that. He had a difficult childhood and it sounds in his plays as if he never really recovered.

In the early 60s, I loved listening to the music played by Miles Davis, Duke Ellington and Dave Brubeck. I don’t know why I loved jazz so much, but the fact that I didn’t really understand the music was part of it. Since then, I’ve always wanted to play jazz, but it’s a complicated musical form. Later, I liked to listen to jazz because it had nothing to do with my own music. I couldn’t be the least bit jealous of these people.

In the late 1960s and early 1970s I got into what they called progressive rock. I love the early Pink Floyd stuff: A Saucerful of Secrets and the great album called Ummagumma. I love this album. Why did I join Pink Floyd? The truth is, I had given my heart to a girl from Ljubljana, Slovenia, and she was a real Pink Floyd fan. I was led by the nose of love to listen to his music, and loved it.

I liked Terry Riley. He was a Californian who played electronic music. I discovered it because Brian Masterson – who became a great sound engineer – lived across from me. He was ahead of me in all of these things. He introduced me to Terry Riley. I loved Terry Riley’s A Rainbow in Curved Air album.

All these people who fought for workers’ rights are very big heroes for me. I wrote several songs about them. Mother Jones, for example, was an extraordinary woman. Especially at the end of the 19th century, it was not at all the place for women to attend demonstrations and strikes. She became known by the people she fought against – corporations and the wealthy – as “America’s Most Dangerous Woman”. She was a beacon.

Without O’Donoghue’s [a bar off St Stephen’s Green in Dublin], I would not be in the position I am in today. I was more or less an apprentice musician when I first joined O’Donoghue. The company there was just wonderful. It was always better when the Dubliners were there and when they weren’t – when they were on tour. I was good friends with Ronnie Drew, Ciarán Bourke and Luke Kelly. The bar was once the most important place in my life – where I learned.

Peter Sellers only acted in one play and I was in it. The play we were in, Brouhaha, was a simple story, but it was also a comedy. He was emotionally unstable. You could never tell if he was going to be in a good mood or yell at the producer. I was a little afraid of him. Acting with him was scary because he was completely unpredictable. You didn’t know if he was going to change the story in the middle of the play. He was not one to play eight concerts a week for six months. Sometimes, for entertainment, he took the stage as a different character. It was terrifying.

I got a message one night from Lionel Jeffries, who was also in the play with Peter Sellers, and he said, “Andrew, Peter would like to see you. So I went down to his dressing room. He said, “I hear you playing guitar.” I said, “Yes, I do a little.” I was playing classical music at the time. He said, “Well, what do you think about that?”

He handed me a Spanish guitar. I played something on it. He said, “That’s lovely. What do you think of the guitar? Actually, the guitar was shitty, but I couldn’t say that so I said, “That’s beautiful.” He said, “Well, it’s your turn, with my compliments.”

He apparently had it the night before at a tapas restaurant. He bought the guitar from a Spanish musician, likely to prevent him from playing it: “There is only one way to prevent this bastard from playing music in our ears and that is from him buy the guitar.”

How to watch online, performers, nominees – The Hollywood Reporter