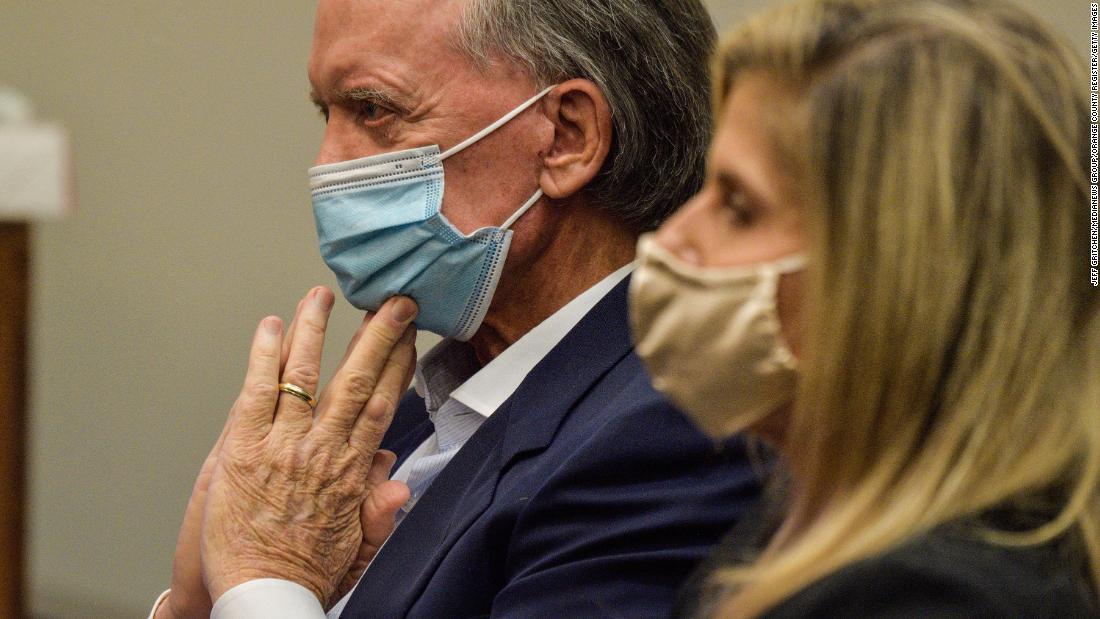 Orange County Superior Court Judge Kimberly Knill has ruled that Gross and his wife, Amy Gross, violated a 2020 order that banned the couple from playing loud music outside their home. Now the two have been fined $ 1,000 each and face five days in jail as well as a ban on outdoor music.

Due to the pandemic, however, their prison terms were suspended and replaced with two days of community service. The remaining three days could also be suspended – if they comply with the restraining order for one year.

“This trial was a travesty of justice and a black mark on the Orange County justice system,” Gross said in a statement Friday, in which he said the judge could not “get over his bias.” He also claimed that she was using the case to advance her career.

“We see no alternative but to appeal,” Gross said in the statement.

Towfiq and his wife claimed the structure partially blocked their view of the ocean and filed a lawsuit against the city. Gross began to retaliate by harassing them with “loud music and bizarre audio recordings at excessive levels” including pop and rap music, TV theme songs. and, according to the lawsuit, the theme song “Gilligan’s Island” on repeat anytime, day or night.

In December 2020, the Grosses were banned from playing music outside their home and were ordered not to disturb the peace of their neighbors.

But in July, Towfiq called the police to complain that the music was blaring again. The Grosses claimed their own decibel meter showed the music they played was below the legal limit of 60 decibels at 9:15 p.m. The police have arrived and no charges were filed – but the bad blood between neighbors remained.

Chase Scolnick, the attorney representing Towfiq and Nakhara, said in a statement that Gross “still hasn’t learned his lesson.”

“As the Court observed, Bill Gross ‘conduct was’ provocative and contemptuous ‘and Amy Gross’ testimony was ‘absurd’ and ‘lacked credibility’,” Scolnick said in the statement. “I hope the court’s decision to impose a five-day prison sentence will make the Grosses finally realize that their billions do not mean they are above the law.”

In 2014, Gross said he was fired from PIMCO, the company he co-founded in 1971. He filed a lawsuit against the company in 2015, claiming that a “cabal” of Pimco leaders driven by “lust for power, greed” and self-interest had plotted his ouster. The parties have reached a Settlement of $ 81 million in 2017.
Gross had an estimated net worth of $ 1.5 billion as of October 2021, according to Forbes.