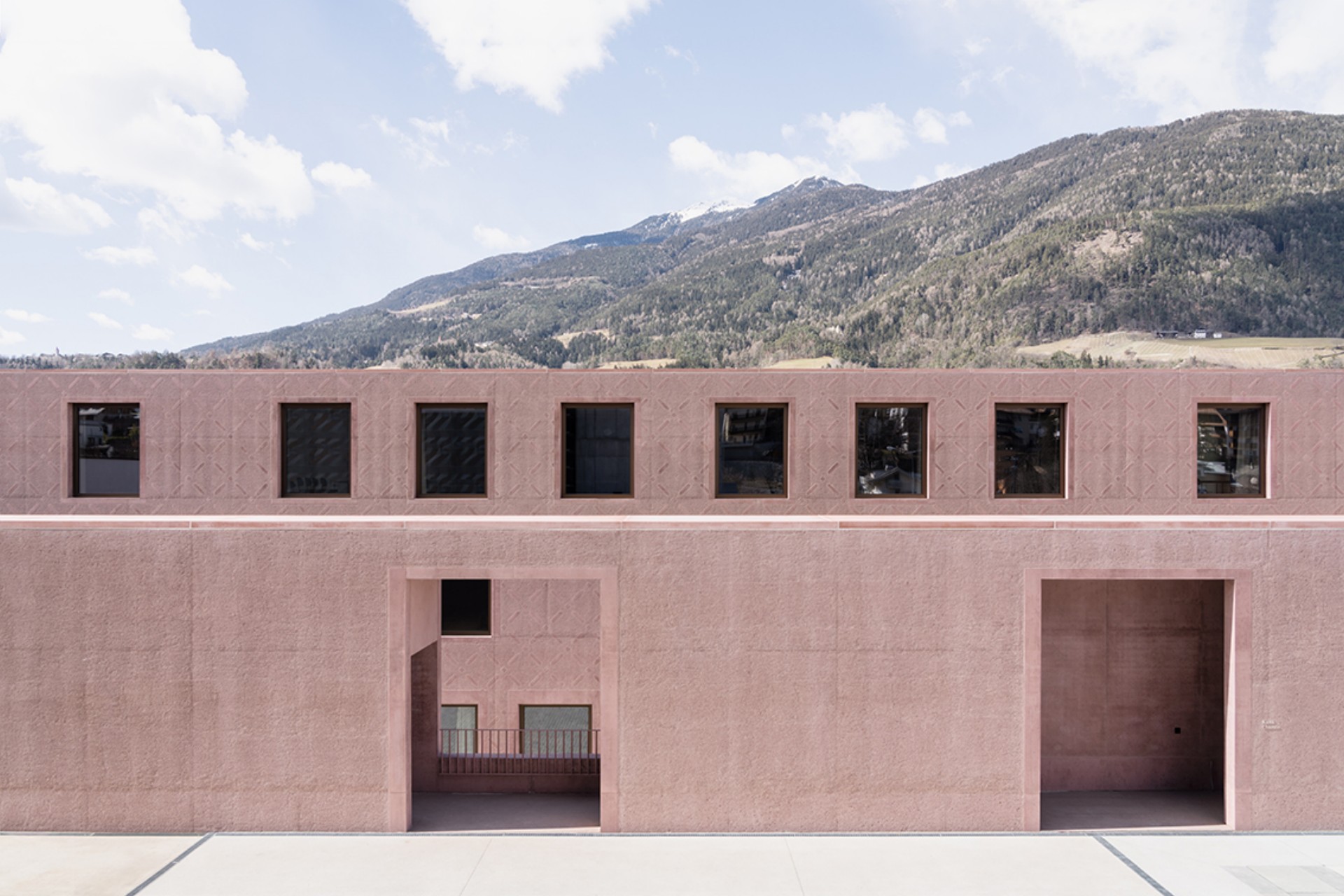 The winners of the competition organized by the City of Bressanone in 2014, Michel Carlana, Luca Mezzalira and Curzio Pentimalli, designed the city’s new music school, which is above all a new urban landmark address other visual cues and signs of building layering around it.
In the Alto Adige region, competitions are an important means of ensuring the quality of town planning and architecture. Carlana Mezzalira Pentimalli is an architectural firm deeply convinced of the advantages of this tool, which they constantly experiment with, participating and winning competitions that have changed the face of the city over the years. They were inspired by their observation of the city of Bressanone after winning the competition for the municipal library, and in 2014 they were ready to come up with a plan for the city music school, institution founded in 1961 and a landmark throughout the region.
Establish a relationship between old and new becomes the starting point of a city and a region that does not shy away from comparisons of this type, where the idiom of architecture is seen as a tool for enhancing local heritage.
The site in question is a vacant lot in the Priel district on the outskirts of the city, in a strategic location which is at the heart of a municipal redevelopment plan. The area is bordered by the river to the east, where it has been fitted out with public facilities (a swimming pool and a large climbing hall); to the west is the intersection with the old Brennero road between Austria and Italy, still an important gateway to the city; while the entrance to the historic city center is to the south. From the announcement of the competition, the architects were convinced that the project was not simply a matter of designing a building, but that it required work on a urban scale, reaffirming the public vocation of the school space. The new building thus becomes a centerpiece of the overall puzzle, because far from being a simple “backdrop”, it is designed as a A footbridge from outside to inside the city.
The project revolves around the ambivalent concept of a public square and courtyard, serving as a bridge between the future city park with its underground car park to the north and Piazza Priel to the south. Levels 0 and -1 are already prepared for future connection. Facing this new center to the west is the volume containing the music school, with its large windows; the the school and the yard form an enclosure as a single core. In order to create a new place of public interest, Carlana Mezzalira and Pentimalli considered the historic public buildings of the city: the circle of walls and the courtyard as a passage are distinctive elements of its past and a potential link with the present. Thus, the site is transformed from a vacant lot into a building forming the backdrop of the square and a small town center, a stage, a cultural landmark and interface between different parts of the city.
The facade of the building has seamless cladding, a single block of concrete in which the structure becomes a real architecture. The building is distinguished by the absence of coating of any kind, preferring concrete mixed with inert material of red porphyry and pigments and bush-hammered surfaces allowing the building to adapt to the colors and materials of the streets of Bressanone, which are paved with porphyry.

The music school rises to a top floor set back from the walls to reduce the perception of the mass of the building from the outside. The facade is different from different points of view: monumental with double height windows overlooking the square and the future park, marked by the rhythm of smaller windows on the west side, where a more recent residential building was built in a style different. To the east, the â€œenclosureâ€ reveals itself for what it is: not a simple border, but a series of vertical links between the school and the public spaces that serve it, such as future shops, spaces. storage and children’s play areas.
â€œOne of the unusual features of the project is the ‘garden of music’, a finely decorated open-air hall that is inside the compound but outside the school building, dissolving the border between l interior and exterior, in an ambitious attempt to tame an urban space. Hence the name “Wunderkammer” (chamber of wonders), referring to a time in history when private collections were open to the general public, making the â€œmirabiliaâ€ which until then had only been visible to a privileged glance accessible to all. In the same spirit, we see architecture as a common good from which everyone benefits. explain the architects.
The facades of the square are decorated with stylized patterns inspired by old wallpapers townhouses, with a hand-hammered finish that conveys a strong sense of privacy even in this open public space. From this unique interior, the architects frame particular elements such as the Tour Blanche de Bressanone, but also scenes of everyday life at school, through large bay windows that reveal the organization of the rooms and passageways inside the building.
Thus the architects underline the public vocation of the new music school, which is not an institutional building closed on itself or a decoration for the square but a space which dialogues with the city which surrounds it. In the evening, this aspect is emphasized, inviting passers-by to come and participate in the cultural program inaugurated with the music school.

Musician and owner of the RI taxi company Frank Bedrossian Sr of W. Warwick dies at 69