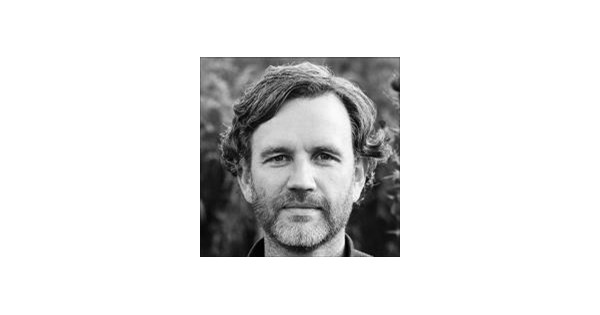 By Juanita Stonge On Sep 16, 2021
0
Share
JONES, David K. Boston University Professor Of Milton, passed away at the age of 40 on Saturday, September 11, 2021. He was a devoted husband and father of three, a beloved teacher and a writer who dedicated his work justice in health matters. Her death left a void for her family and her community that cannot be filled. David threw his heart into everything he pursued, letting his passion show him the path closely followed by the hard work he applied to bring his efforts to fruition. He cared deeply about how public health interferes with social justice and worked tirelessly to achieve a better understanding of the difficulties that others face. He had an utterly magnetic personality and an irresistibly infectious laugh, leading others to seek him out for conversations involving family, music, education, or running. His sense of humor could go from a dry wit to a disarming idiot in an instant, the latter being particularly present around his children. David was the quintessential fun daddy and fostered indelible experiences for his children of travel across the United States and abroad, hikes through breathtaking landscapes in the Northeast, gallery tours art from around the world and the excitement of cheering on his favorite teams, the New York Yankees and Liverpool Football Club. He sang the Liverpool anthem to his children every night. He had always been a music lover, listening to it and playing it himself. He played clarinet, guitar, bass guitar, and saxophone and had numerous concerts on the New York music scene as a youth. He showed a keen interest in and respect for whatever his friends in obscure music threw at him, willingly accepting invitations to see shows and exchanging musical discoveries. He sought to experience as many live performances from his favorite band, Phish, as physically possible, often finding creative ways to match his research with concerts. He has attended at least 78 of their in-person performances, dating back to 1999. David’s work as an associate professor of health policy and law at Boston University reflected his deep desire for everyone to achieve his goal. full potential and his belief that equity in health is a fundamental right. His ardent concern to eradicate inequalities of all kinds has been the common thread of his research and publications. At the time of his death, David was writing a book on public health in the Mississippi Delta region, the culmination of years of practical research there. “I have come to understand better that racism is more than bad people who intentionally harm someone else whom they consider inferior,” he wrote. “It can take this form, but it is also people – sometimes myself included – who think they are not racist but who are unable to recognize or do not want to change the systems that benefit them structurally while disadvantaging entire groups. . The more time I spent in Mississippi, the more I saw the same inequalities and racism in my own community. ” His research sparked a passion for improving his local community as a member of the steering committee of the Milton Anti-Racist Coalition. In this role and throughout his life, he enjoyed having deep conversations where he listened intently to the perspectives of others. But above all, David was determined to become the best father and husband he could be. His family was everything to him, and he constantly evaluated and reassessed his actions and decisions with the goal of providing a stable and loving home alongside the love of his life, Sarah. David was the beloved husband of Sarah Sacuto and the father of Olivia, Anne and Thomas Jones. He was the son of Jeffrey Jones of North Carolina, Debra Bingham and her husband Kent Hamilton of Milton. He was the grandson of Bernice Bingham of Utah and Kline Jones of Utah. David was the brother of Tara Steenson of Idaho, Lauren Hamilton Sweeney of Texas, and Tiffany Hamilton of Texas. David is also survived by several uncles, aunts, cousins, nieces and nephews. David was born in Provo, Utah and raised in Washington Heights, New York. He holds a Bachelor of Arts from McGill University, a Master of Science in Public Health from the University of North Carolina, and a Master of Arts in Political Science and Doctorate in Services, University of Michigan health organization and policy. Some of the highlights of his career include his two-time award-winning students for excellence in teaching at Boston University, his work published in leading peer-reviewed journals, the publication of his first book, “Exchange Politics: Opposing Obamacare in Battleground States” and – last but not least – working as a food vendor at Yankee Stadium at the age of 18. A public visit will be held at Alfred D. Thomas Funeral Home, 326 Granite Ave, MILTON from 1:00 p.m. to 4:00 p.m. Sunday, September 19. A virtual and in-person memorial service will be held at the Boston University School of Public Health from 3 p.m. to 5 p.m. September 23. In lieu of flowers, donations can be made to a Children’s Fund for David at https://gofund.me/4149b9c0. For more information, see www.alfreddthomas.com Alfred D. Thomas Funeral Home (617) 696-4200