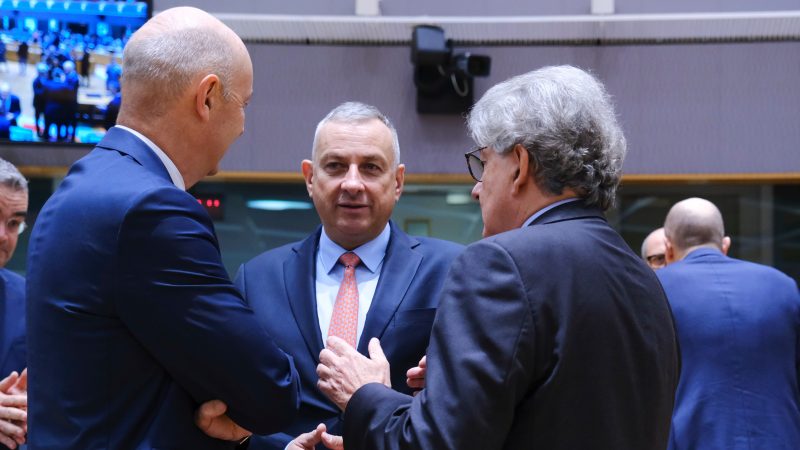 EU-27 ministers met last week to discuss the European Commission’s proposal for a European regulation to reduce the environmental impact of products by making it easier to repair, reuse and recycle them.

The Ecodesign for Sustainable Products Regulation (ESPR), filed on March 30, is a key part of the European Commission’s circular economy program, which aims to reduce the overall environmental impact of products and halve municipal waste in Europe by 2030.

The regulation introduces a labeling system using a “digital product passport” which will ensure the traceability of materials used in the production of goods and ensure full transparency for consumers who can make more informed choices.

“By using the huge leverage of our internal market to make products more sustainable, we will take a big step towards our climate and environmental goals,” said Environment Commissioner Virginijus Sinkevičius, who spoke to EU-27 Ministers at the Competitiveness Council, Thursday 29 September. ).

“We will save more energy and reduce dependence on raw materials and in this way we will increase the resilience of our economy and our society. And we will become less vulnerable to supply shocks and of course price volatility,” he added in reference to current geopolitical tensions.

Smartphones, clothing and furniture will need to become more durable and easier to repair and recycle in order to access the EU market under new sustainability rules proposed by the European Union on Wednesday March 30.

During Thursday’s Council meeting, many EU ministers highlighted the potential of the digital product passport and the corresponding eco-design requirements, which can lead to greater resource efficiency.

“This regulation ticks a lot of boxes. And I think this will allow us to ensure that the EU remains a pioneer in the green transition,” said French Industry Minister Roland Lescure.

“Clearly consumers want transparency, they want clarity, they want a more circular economy, they want less energy and resources used. And this regulation will allow us to do that, in particular through the digital product passport,” he added, expressing his support for the regulation.

However, during the debate, Member States also expressed their concerns. For example, they contested the Commission’s proposal to make extensive use of ‘delegated acts’, which allow the EU executive to adopt detailed technical specifications for specific product groups, without any input from Member States which cannot veto only proposals. Instead, they expressed a preference for “executing acts”, which give EU countries greater influence in decision-making.

They also highlighted the difficulties faced by market surveillance authorities in enforcing the new requirements and the additional administrative burdens that EU businesses, in particular small and medium-sized enterprises, would face.

“These new requirements will represent a major challenge for companies, in particular start-ups and SMEs. For many of them, this will mean a significant change in their production models,” warned the French minister, echoing the concerns expressed also by other colleagues.

Other concerns have been raised about the “digital product passport”, which ministers say needs to be designed more carefully.

“The product passport instrument represents an opportunity for the digital transition and can further strengthen the single market through innovation and new circular business models”, commented Martin Kocher, Austrian Minister for Digital and Economic Affairs.

“However, important conditions such as cost-effectiveness, confidentiality and proportionality must be guaranteed,” he added.