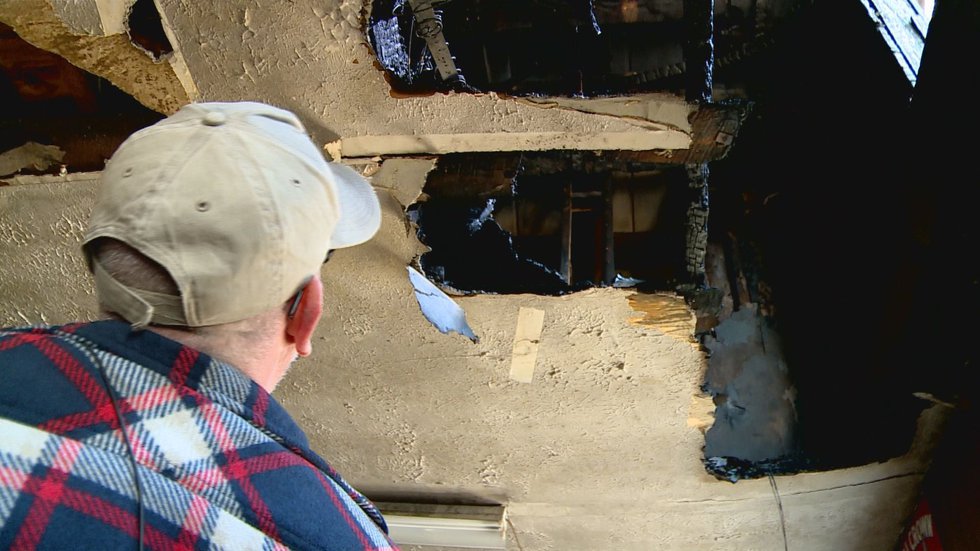 For 30 years, James E Webb Music Repair and Sales has been filled with strums from banjos and other instruments. However, in the blink of an eye, that music was silenced after flames ripped through much of the interior of this shop.

Firefighters say officers who were on the scene believe the cause is an electrical problem and foul play is not suspected.

Jim says that through all the rubble they were able to salvage unforgettable memories, including several photos.

Also, says Jim, since the area where most of the instrument repairs took place remained fairly clear of fire, they were also able to salvage several instruments.

“We were just grabbing stuff and trying to get it out of here as soon as we could,” Webb said.

Although some memories are back in the hands of the Webb family, Jim says the damage really took its toll on his father, James Webb.

“It’s his favorite place in the world, and he doesn’t care to go anywhere else. It was kind of his sanctuary down there,” Jim said.

Jim says he has received tremendous support from his community. He even says he has plans underway for people to come over on weekends and help clean up.

In the meantime, as the Webb family works to clean up and rebuild what they can, Jim says a gofundme link has been arranged to help defray the costs.