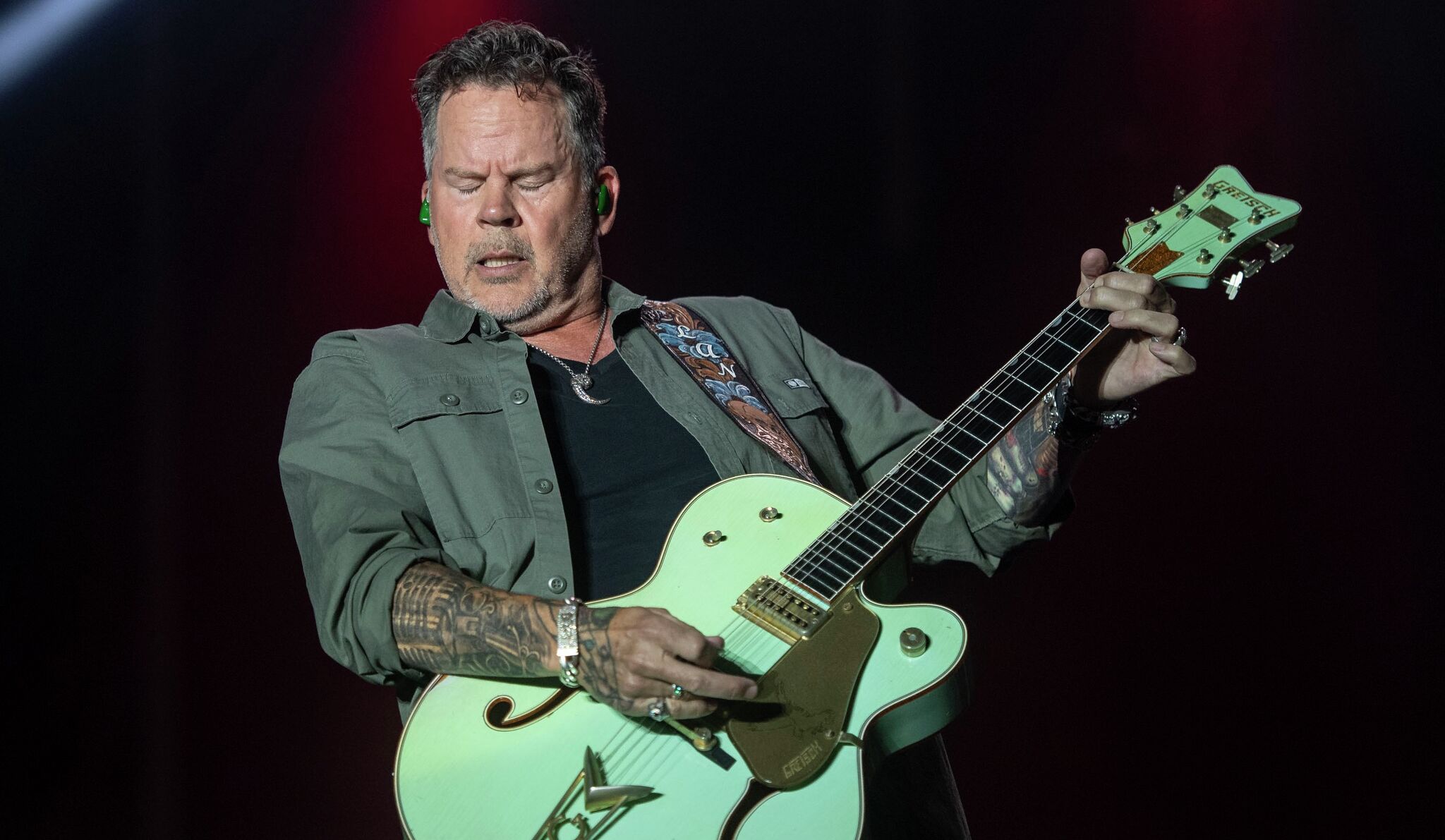 “It’s kind of like playing in someone’s backyard. A banging backyard where he knows everyone in the whole neighborhood and more,” said Allan, who has performed at legendary dance hall Helotes every year since. about 25 years old. “It’s always very crowded, and there’s so much history there.”

Allan, whose hits include “Nothing On But the Radio” and “Every Storm (Runs Out of Rain)”, will return to Floore’s on Saturday night. The show is part of his tour in support of “Ruthless”, his first album in more than eight years. The album is his last for UMG Nashville, his longtime label. He announced on social media in July that they had separated and promised more news soon.

During the break between albums, Allan said, he continued to record, amassing a lot of material.

“Every time I returned something, the label didn’t think they could put it on the radio,” he said. “So we pushed back and tried different things, and so it’s a whole bunch of projects rolled into one. Which makes it fun because it makes it stronger.”

Tickets: $35 general admission in advance and $40 on Saturdays; VIP tickets $125 to $175 per person for tables of four, liveatfloores.com.

To determine the order of the songs on the album, Allan did what he usually does: he wrote the titles on torn pieces of paper towel, left them on a counter at home, and rearranged them without cease. He also listened to a CD of the songs over and over again.

“Some things get louder the more you hear them, and some songs you get bored of pretty quickly, and I try to fade them out,” he said. “I learned a long time ago that if I don’t like it, it’s all over.”

Miss Patsy Cline, the ridiculously adorable black and white dog he adopted earlier this year, joins Allan on some dates of the tour. His dog Lucy, a Goldendoodle who died last year, also often accompanied him on the road.

“It makes your bus a little intimate,” he said, adding that Miss Patsy Cline is “a super cuddly dog, and when you get tired of petting her, she just moves on to the next person.”

The “Ruthless” tour marks Allan’s return to performing after the pandemic forced him on hiatus. He and his girlfriend, Molly Martin, spent the lockdown at first locked in his house, then joined a friend in the Dominican Republic.

“He had a 100ft yacht and he was towing a 30ft fishing boat, and we just went to live on a boat and caught fish and stayed away from everyone,” he said. “It was a to-do list.”

Martin is now his fiancée. He posted photos of the proposal on Instagram in December.

On ExpressNews.com: Gabriel “Fluffy” Iglesias is back in San Antonio

“We don’t have a date yet,” he said. “I think we’ll just run away. I think we’ll pick a vacation spot we like and go get married.”

The images he posted included a photo of the ring, a stunner with a pear-shaped diamond that he designed himself. He and his daughter have a custom jewelry business and they make a lot of engagement rings. They also sell pieces that reference Allan’s music, including pendants featuring a skeleton cowboy atop a skeleton bronco, the cover image of “Ruthless.”

“I think I always wanted to be a jeweler,” he said. “I had a time where I was away for a year – I was renegotiating with my record company, so there was really nothing I could do. I went to a stone setting school and in a jewelry school. I learned to melt silver and gold. So we do everything at home.

“It’s something I like to do at night. I always feel creative and it keeps me from making music.”