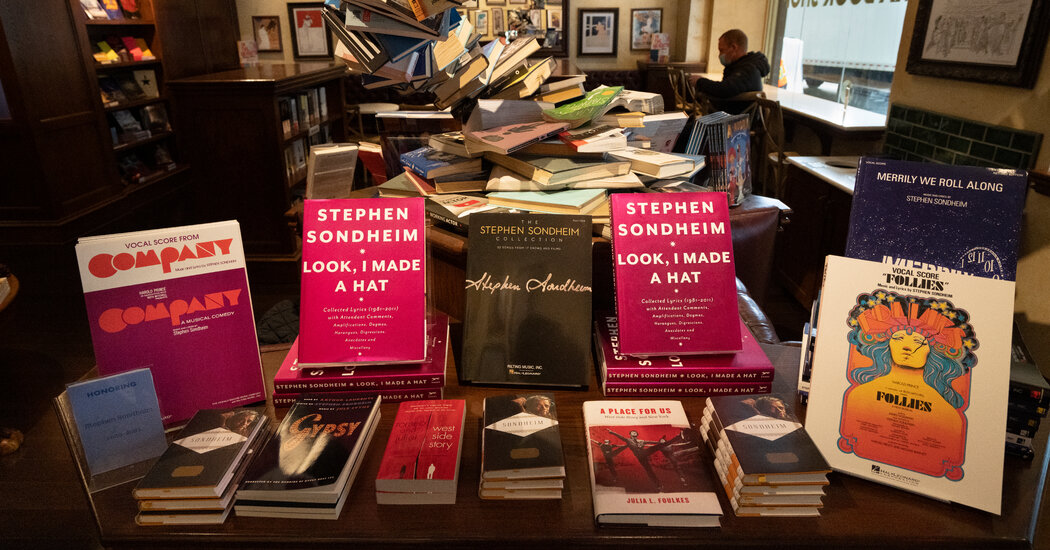 And there are other productions of Sondheim shows in the works. The reminders! program in downtown New York had previously announced that it was planning a two-week broadcast of “Into the Woods” next May, with public school students and seniors joining Sara Bareilles, Christian Borle, Heather Hedley and Ashley Park in the cast; last week recalls! announced that the production will now be dedicated to Sondheim, who wrote the music and lyrics.

“I heard some of the performers there, who cry as they listen to his music again and get ready for their roles,” said the Encores! artistic director, Lear deBessonet, who directs the production “In the woods”. “It’s a moment of grace, to celebrate Steve and all he’s brought to this world.”

MasterVoices, a New York-based choir, is planning a concert version of the rarely staged “Anyone Can Whistle” in March at Carnegie Hall, starring Vanessa Williams. The Barrington Stage Company in the Berkshires announced Tuesday that they will be producing “A Little Night Music” next summer, directed by Julianne Boyd in her final season as artistic director of that theater.

And New York Theater Workshop, an off Broadway nonprofit, is set to confirm plans for a production of “Merrily We Roll Along,” directed by Maria Friedman, for the end of next year.

Plus, of course, the Steven Spielberg-directed “West Side Story” remake, which Sondheim wrote the lyrics, is already generating an award buzz ahead of its release on Friday. (“I think it’s just great,” Sondheim said of the film in an interview a few days before his death. He added, “What’s good is the people who think they know that the musical will have surprises. “)

A film version of “Follies” is also in the works; the script is “under development,” according to a spokesperson for production company Heyday Films.

Ben Sisario contributed to this report.