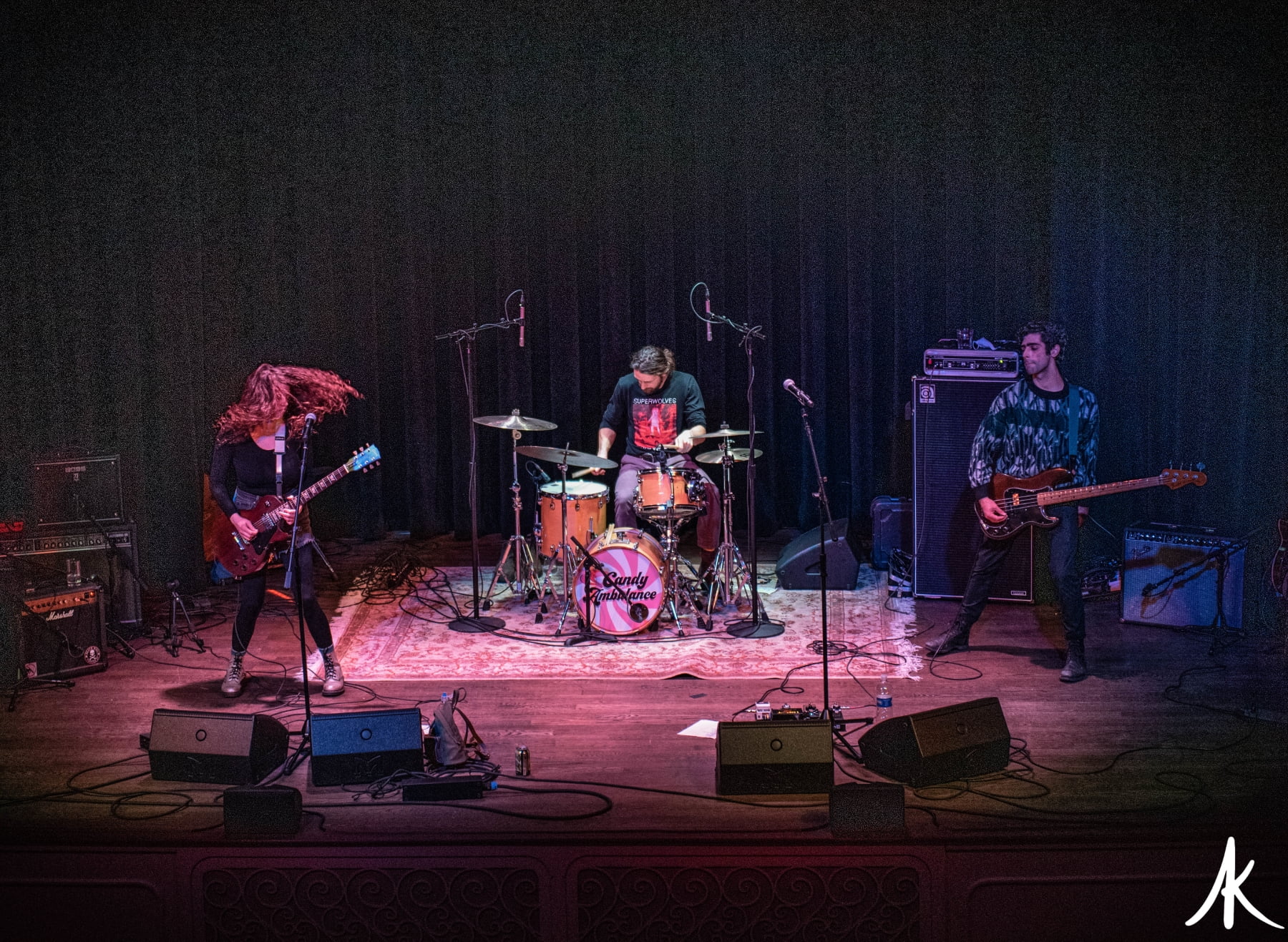 GLENS FALLS – As the lights went down in Glens Falls park theater Thursday, February 10and, a certain kind of mysticism began to fill the air. Those in attendance were about to witness a tasteful blend of original music with an energy level reminiscent of simpler times. Going on stage that night was chestnut grove – a band from Pennsylvania who have claimed Glens Falls as their “second home” – and longtime local punk-rock favorites, Ambulance Candy.

Wasting no time figuring out why they were so comfortable calling this area their home away from home, Chestnut Grove burst into their set. Playing new and old material, they quickly turned this particular listener – who hadn’t yet attended their show – into a fan. As the band members chatted on various instruments; ranging from guitars to keyboards to drums, for example, the energy and vibe remained consistent throughout. Whether it’s a deft musical motif on electric guitar or a tender a cappella moment, this band knew what they were doing and charged unabashedly into the fray.

As Chestnut Grove finished her set to applause and I began to wait for Candy Ambulance to take the stage, my mind wandered. The shows have indeed returned to this area – which I’m grateful for – but as a performer myself, I’ve noticed that some things still feel totally out of place. Almost as if the image was there but the lens was blurred. Allowing the mind to turn more inward, my mental state was saved when I heard the thunderous intro to Candy Ambulance’s “People are Deceitful”. A riff I’ve come to know very well (having had the pleasure of sharing shows with these folks over the years), I was instantly transported to a pre-COVID era.

Browsing through their set, I caught songs that make up this band’s discography from their early days to their current repertoire. It was great to capture the current energy of their playing that they put into every song. In doing so, the band thus re-imagined the material, even if only in context. Maybe it was my own weariness as an artist that clouded my vision, but I felt like there was a certain age weariness that weighed on the band that night as well. That being said, however, it didn’t hurt performance in any way. In the opinion of this listener, it actually amplified it. It brought me a sense of musical camaraderie; a certain “we’re in this together” type mentality that I remember from years past in the local DIY scene.

With gritty guitar leads and solid bass foundations for all of their songs, Candy Ambulance delivered a fantastic set of music. Throughout the thunder, the drums added the crucial final piece to their performance. Breaking away from their strictly punk debut, I was able to really enjoy their latest material from their record hard boiled. In a way, even though it took me back to a time when “positivity rates” weren’t yet part of our zeitgeist, and with that a sense of remorseful nostalgia – sometimes we don’t know what we have until he’s gone – the show and performances from both bands also brought a much needed sense of comfort.

As I left to head home after the show was over, my ears ringing loudly, I came to the all-too-familiar realization that I had just witnessed one hell of a night of music. Shortly before the show, I had the chance to catch up with Jesse from Candy Ambulance and while most of the conversation will remain private, I will distill a sentiment from that conversation that could ring true for artists and creatives everywhere. during the moments in which we find ourselves: we all have to do what we have to do. Last night I was supposed to see this band. I’m glad I did.