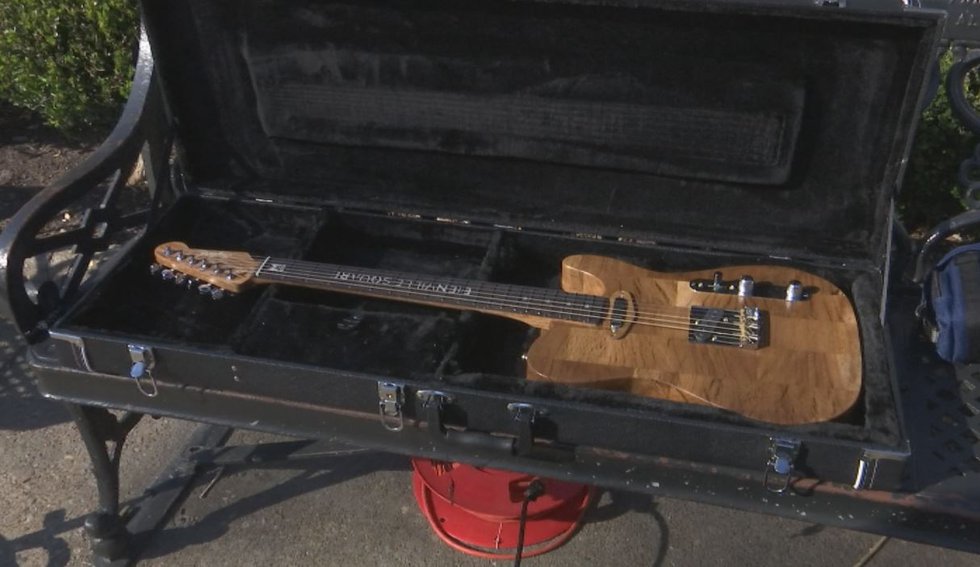 MOBILE, Ala. (WALA) – This guitar is unlike most you’ve seen before. At the end of 2020, an oak tree in Bienville Square was destroyed by Hurricane Sally. That is until the Mobile Arts Council gave artists the chance to turn damaged trees into works of art. One of the artists was Chris Fayland who originally had a different idea.

“Initially we were going to just make a table with it because I didn’t even make guitars,” Fayland said.

That is until Fayland started his guitar business in 2021.

“Then there was this piece of wood in the store,” Fayland said. “I didn’t know what to do with it and I had this aha moment.”

Step by step, Fayland transformed this piece of oak into a heart shape. And three months later he transformed it into this fully functional Bienville oak guitar.

“I just wanted to do something outside of the box,” Fayland said. “You know, it’s not every day you get to hear a tragedy turn into music.”

The guitar is a piece of Mobile history, but it’s also a piece of Fayland family history.

“It was actually where her and my grandfather met for the second time and decided to start dating,” Fayland added. “It’s pretty cool to hear the family ties with that. I guess without Place Bienville, my family wouldn’t be the way it is today.

For now, the guitar will be on display at the Mobile Art Council along with a collection of other artwork made from the fallen trees of Bienville. But after March 31, it goes straight back to Fayland.

“It made it more sentimental, more of a family heirloom in a way,” Fayland said. “It’s something I will definitely never part with.”

The musician in this story is actually Fayland’s cousin, Corky, so the guitar is definitely part of the family. If you want to see the guitar and the rest of Bienville’s artwork for yourself, you can do so at the Mobile Arts Council until the end of the month.