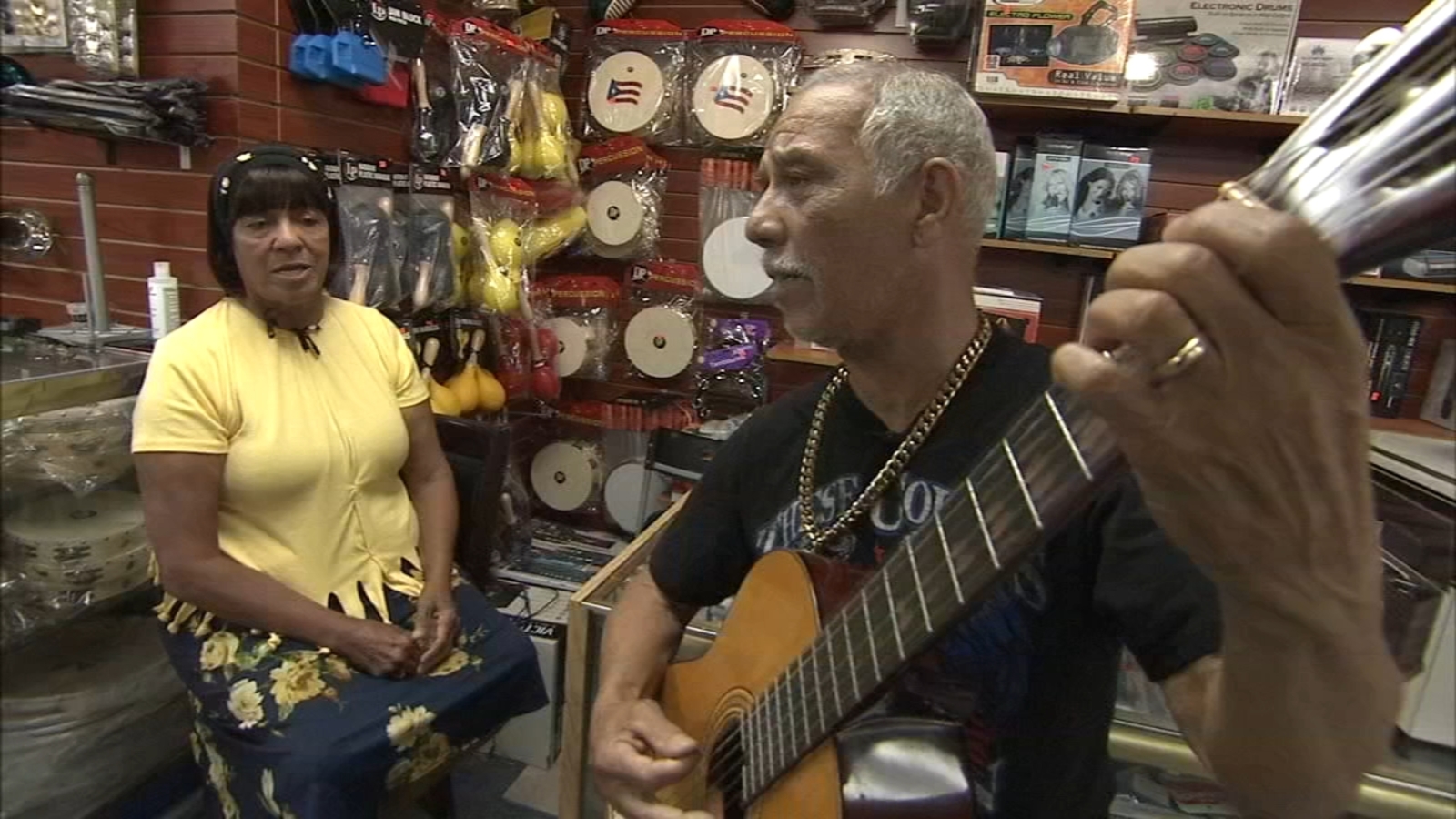 PHILADELPHIA (WPVI) — Rosa Benitez and Johnny Cruz are both lifelong musicians. They are often found showing off their skills in impromptu performances at a well-known music store in the Latino community, called Centro Musical in West Kensington.

“The store has been very traditional for 65 years,” says Melendez. “We offer a lot of instruments, mainly from the Caribbean, like bongos, congas.”

He also carries a variety of guitars.

Cruz says he has been playing guitar since he was six years old.

“I play the Puerto Rican original. It’s the Quatro. It’s my love. It’s the first love, the music,” Cruz says.

He has frequented the music store for 30 years, getting to know Melendez and other musicians.

“They are my friends,” he said.

“Rosa is like my sister. It’s my second home,” he says.

All three are from Puerto Rico, and Melendez carries many Puerto Rican memorabilia, like dominoes, as well as the music that connects the community.

“When I come here, I listen to music,” says Benitez. “And I will sing. All the time.”

Benitez says she sometimes sings with Cruz in her band, “Raíces Boricuas”, which performs all over town.

Cruz says that Benitez sometimes plays the guiro and sings when he plays with him.

“I’m happy when I come here,” Benitez said. “This store is my life.”

“And we’ll all be happy, like a family,” Cruz says.