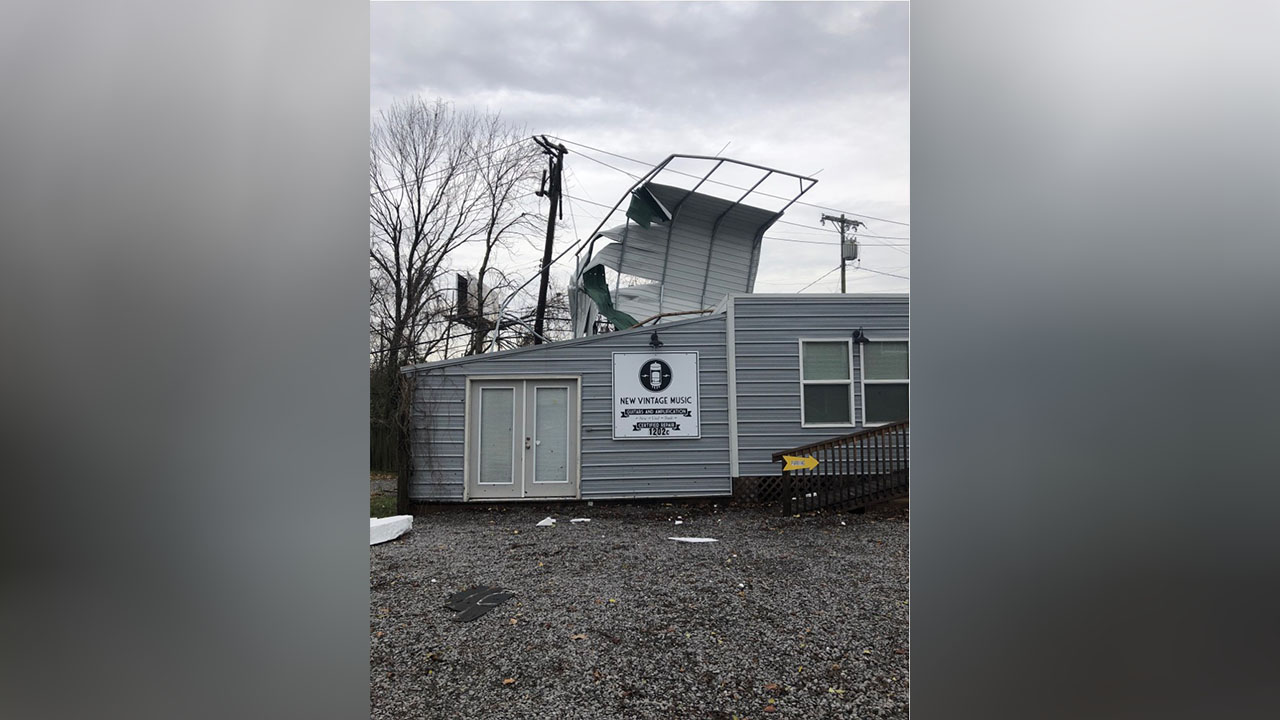 NASHVILLE, Tennessee (WKRN) – The deadly December tornadoes devastated parts of Kentucky, but places in mid-Tennessee were also hit hard. A Madison music store owner is still working to repair his store weeks after the storm.

Patrick Boyle owns New Vintage Music on Coreland Drive. He opened the store in September after the pandemic interrupted his touring gig as a guitar technician, but it didn’t take long for another disaster to occur.

â€œI just saw panels getting ripped off (the roof) like someone was peeling an onion or something,â€ Boyle said.

Boyle said he saw high speed winds blowing into his store from inside his house across the street.

â€œSuddenly everything started to go wrong. It was all blowing right to the side, and then I saw my neighbor’s carport lift up into the air and land on top of my store, fall back, hit the power transformer and explode, â€Boyle said.

With half of the roof gone, water seeped inside New Vintage Music. It damaged the ceiling, the walls and the inventory. Boyle says it will cost him thousands of dollars to fix everything, but he hopes to get back to normal in the months to come.

â€œI did a grand opening in September. I could reopen when all is said and done. It’ll actually probably be a little softer because it’ll be like okay, we got knocked over but got up. I’m excited about it, â€Boyle said.

If you want to help Boyle rebuild, CLICK HERE.