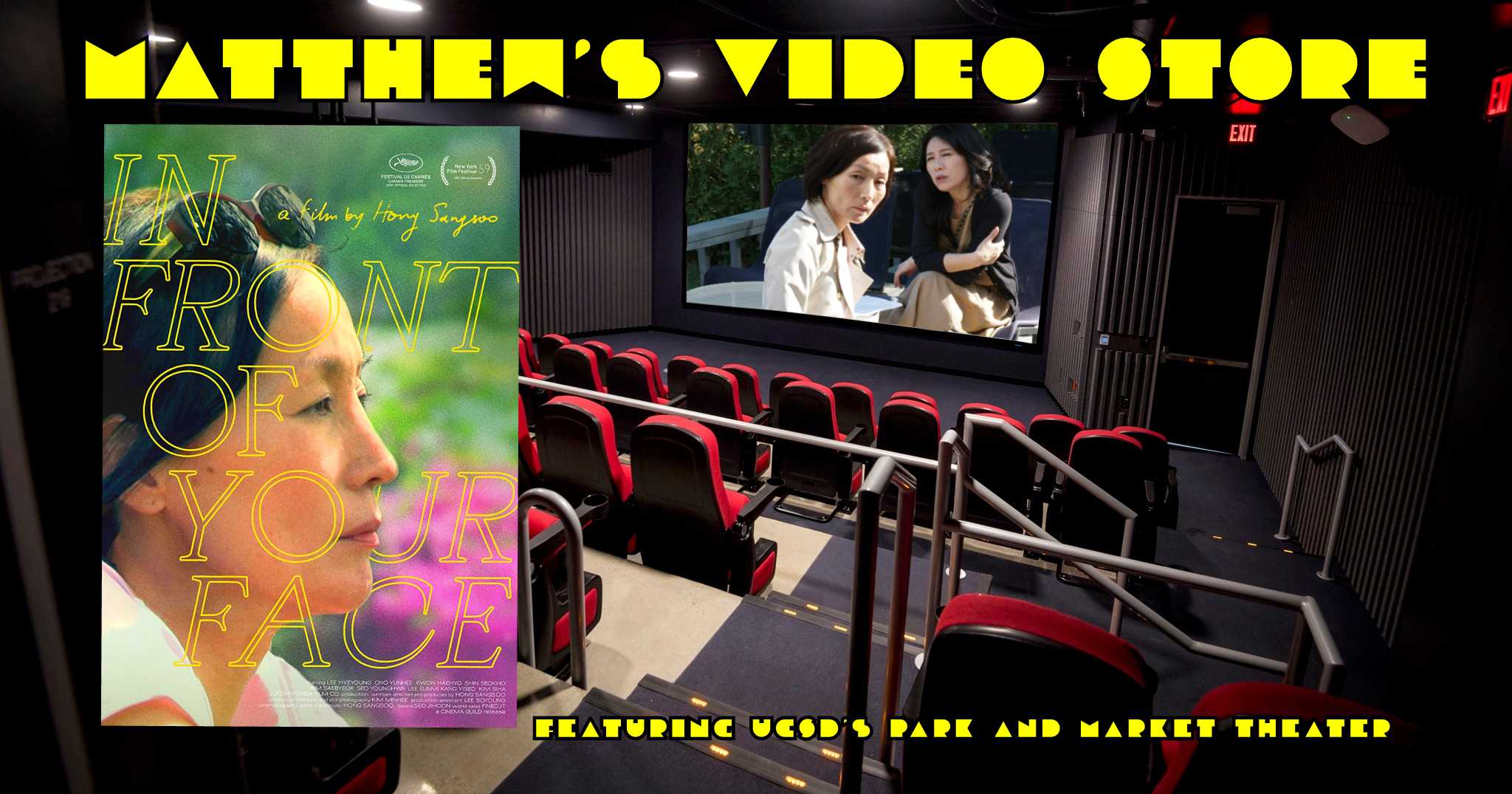 Matthew’s Video Store: The Simplistic Mastery of “In Front of Your Face” and the Park & ​​Market Theater

With the opening of the new Park & ​​Market UCSD building in downtown San Diego, it opens a new avenue for foreign cinema for the general public and avid moviegoers.

UC San Diego recently opened a new building in downtown San Diego, simply called UC San Diego @ Park & ​​Market. It is directly opposite the Park & ​​Market stop on the Blue Line Trolley, perfect for anyone looking for a reason to use the recent Blue Line extension. In this building there is a new theater, “Digital Gym Cinema”. It’s small, housing only 58 seats, but it shows a wide variety of foreign films, which we desperately need in our current cinema environment. Tickets are also relatively inexpensive, $10 for a UCSD student and $12 for general admission (both with a $1 service charge if ordered online) and there is no reserved place. Unfortunately, the building is often locked and you must dial the reception number listed on a sign outside the entrance to enter. Either way, a cinema that exhibits foreign and independent cinema must be welcomed, and there is no better way to welcome it than to attend.

One of the films shown recently was “In Front of Your Face”. Directed by Hong Sang-soo, a prolific South Korean director, the film subtly but unapologetically tackles the flawed little beauties in our lives that should be cherished. The film follows Jeongok (Yunhee Cho) as she visits her sister Sangok (Lee Hye-yeong) in South Korea and reconnects with her childhood.

At the start of the film, we see Jeongok clutching his stomach, an obvious – perhaps too much – indication of illness. From this scene, the film swings into his interactions with his sister; the disease is not discussed, but it lingers in the back of your mind. “Was her illness the reason she took this trip?” becomes the clear question, which is answered slowly over the course of the film.

Jeongok explores the areas most sacred to her, reminiscing on moments and adventures from her childhood. During a walk with her sister, we discover that she was a small actress many years ago. She visits her old house, which has been renovated, and Sang-soo focuses the camera on her standing in the garden, surrounded by foliage. Physically intertwined with the courtyard that surrounds her, the bittersweet memory of home and childhood emanates from the setting as she explores the greenery. Jeongok reminisces about the new resident, discussing all that has changed since she left for America.

Jeongok eventually meets a director, Jaewon (Kwon Hae-hyo), who has wanted to cast her in a future movie since he saw a clip of her that affected him deeply. Throughout their meeting, they weave on and off topic, with Jaewon asking if she plays guitar; she studied for a short time years ago. He playfully asks that she play. Sang-soo lingers over this setting, Jaewon listens wistfully as Jeongok imperfectly plays the guitar. This beautiful moment sums up the general theme of the film; Jeongok stops frequently, secures his hands, and continues – yet this magical melody rises above those imperfections, becoming more soulful each time it errs and picks up.

The film’s simple cinematography lends itself well to the film’s flow and tone. Shot with natural lighting and sparse camera movement, overexposed lighting on a sunny day, small audio lags between cuts; it feels natural, as it should. Intentional imperfections highlight the beauty found in the imperfections of our own lives. Sang-soo’s use of slow zooms—often first on Jeongok, then on her surroundings—creates an intimate connection between her and the world around her. These notions come out of the film; upon first viewing, its light nature slowly warms you to the complex ideas expressed within. These harsh realities seem to stay intact, then slowly they begin to connect, the loneliness of seeing that while you were gone your house moved; pray that you become the person who deserves the unexpected kindness of others; the immediate and terrifying confrontation with death. But ultimately, it melts into acceptance. The absurdity that death is approaching soon is reconciled with the inelegant and beautiful relationships Jeongok finds between strangers and family.

It was my first Hong Sang-soo movie, and while the breadth of his filmography intimidates me, “In Front of Your Face” certainly started off on the right foot. Simple, elegant and moving, he charmingly navigated these complex subjects as the purest form of cinema.

NAMM 2022 News: All the Latest Guitar News, Rumors and Predictions