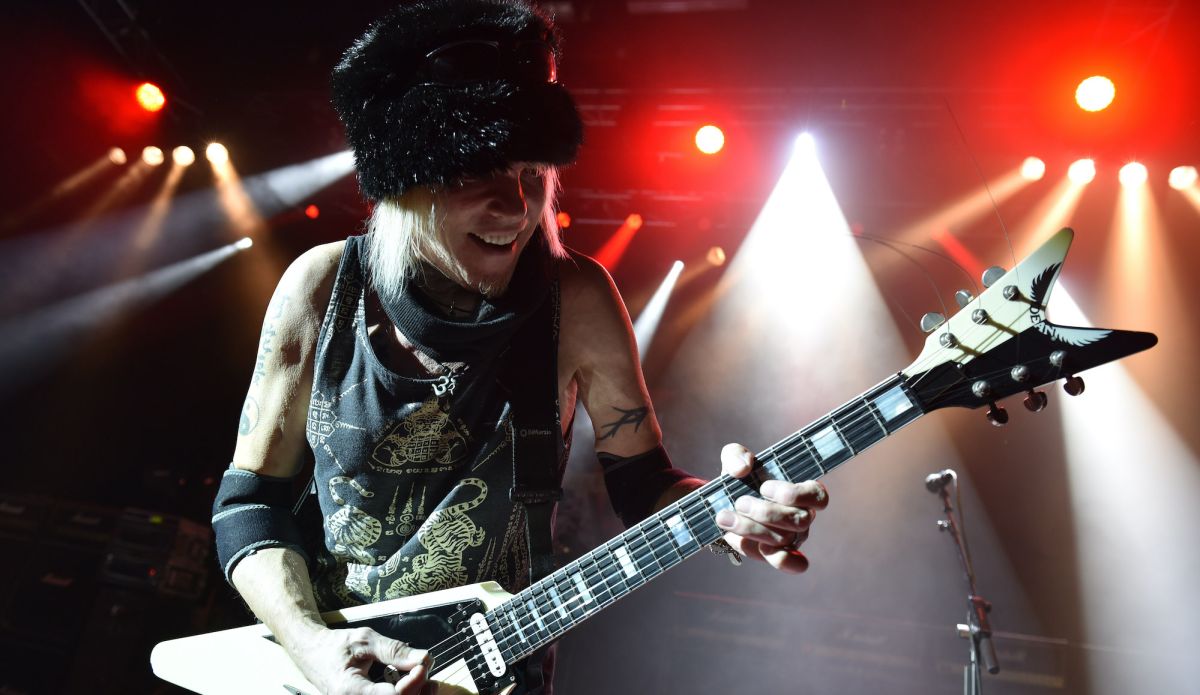 Slated for a May 27 release via Atomic Fire Records, Universal is the sequel to the band’s latest album, 2021’s Immortal. It was produced by Schenker and Michael Voss, who also worked on Immortal and the 2018 and 2019 Michael Schenker Fest albums Resurrection and Revelation.

“Michael Voss is happy to wait until I’ve worked out an idea and take the time to really get to know the song, while simultaneously developing ideas for the vocals,” Schenker said of his co-producer in a statement. “Then we work the drums, bass and some keyboard parts together. He always has plenty of good ideas up his sleeve.

Ronnie Romero – who also sings in the current lineup of, you guessed it, Rainbow – serves as Universalis the lead vocalist, with additional vocal contributions on the album coming from Helloween’s Michael Kiske and Primal Fear’s Ralf Scheepers.

We don’t seem to have any singles from the record yet, but we do have its cover art, which is – we have to say – fantastic.

Keep an eye on Schenker’s website for more information on the album and future singles.

5 books to read in March, according to Jasmine Guillory