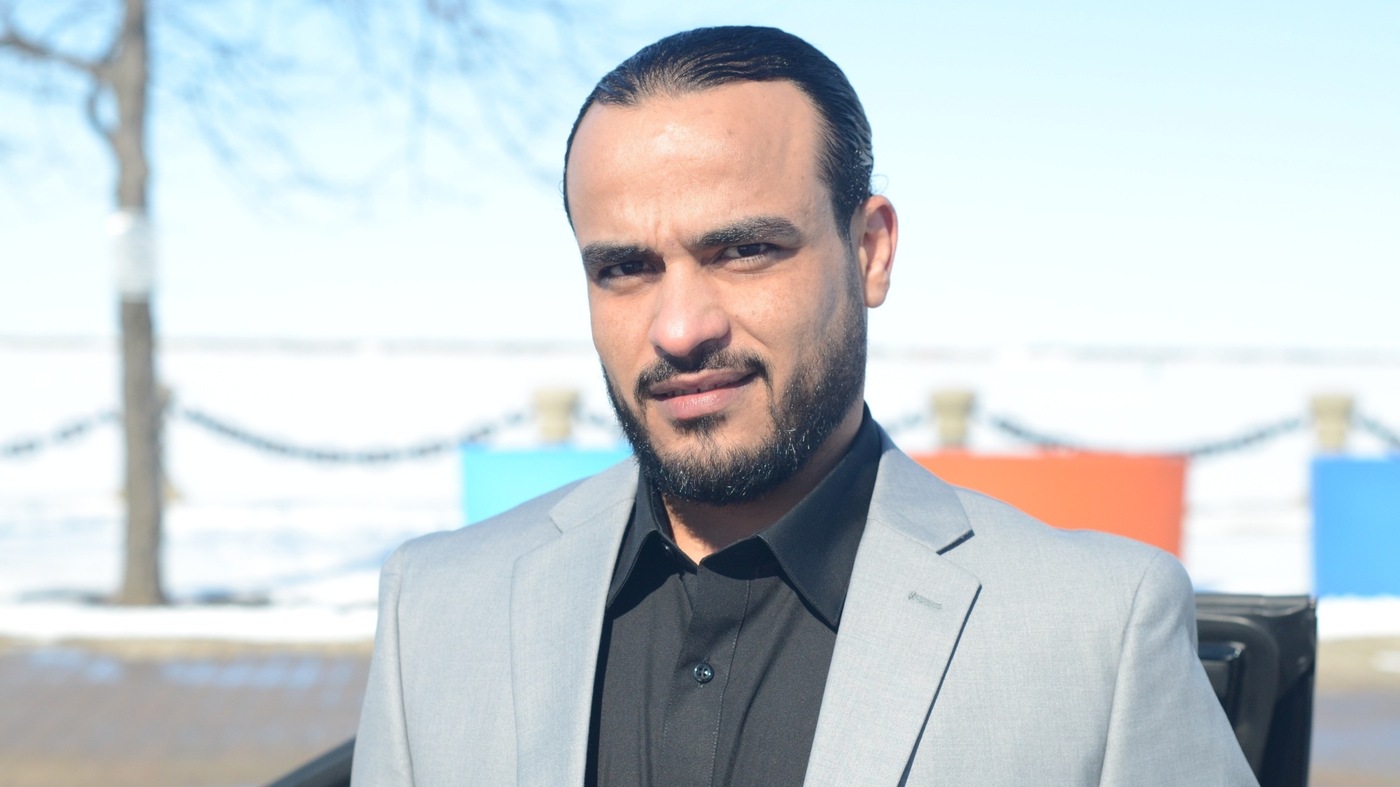 I knew that Monday February 14 would be a milestone day for Mohammed al Refai. It would also be a major turning point in a story that I started following more than six years ago.

I had met the then 22-year-old Syrian refugee on my first reporting trip as host of All things Considered. He had recently arrived in Toledo, Ohio, where he lived with four white American roommates who called him “Moh.”

Mohammed spoke almost no English when I first met him in October 2015. He could say hello, count to 10, and spout the words he needed to work behind the butcher counter at the grocery store in the Middle East where he had landed a job. : “Chicken thighs, chicken breast, goat, steak, lamb, beef, turkey.”

For me, the visit to Toledo was a way to deepen a subject that I had covered as an international correspondent based in London. The Syrian refugee crisis was at its peak in 2015, and I had reported stories of mass migration to Turkey, Serbia and other countries.

When I moved to Washington, DC for my new job, I was eager to see what the exodus to the United States was like. With All things Considered producer Matt Ozug and NPR photographer David Gilkey (who was killed while serving in Afghanistan the following year), we flew to Detroit and drove to Toledo, where we reported on a number of stories about the Syrian community – including one on Mohammed.

Her experience was different from most Syrian refugees. As I explained in this first article, the US State Department generally keeps families together. But for reasons that have never been clear, Mohammed received a visa to come to the United States while his siblings and relatives in Jordan were not. The local organization responsible for resettling Syrians in Toledo, Us Together, decided it would be too shocking for this young man to move into an apartment on his own. They found a group home with four recent college graduates eager to introduce a stranger to life on the Great Lakes.

When I arrived the place was incredibly clean for a house where five guys lived in their early twenties. There was art on the walls and looked like it had been recently vacuumed. They all seemed to get along well, given the circumstances. There was music and arm wrestling. One of the housemates, Doug Walton, made a Middle Eastern chicken and rice dish called kabsa. When I asked him why he and his buddies decided to host Mohammed, he said: “My immediate answer seems so cliché, but I think the motive is love. I was told that he was coming and that I had the opportunity to help him. And I was like, yeah, why wouldn’t I do that?”

Mohammed hoped to be able to see his family again one day soon. But when I returned to Toledo a little over a year later, the situation had changed, making this meeting more remote than ever. As Matt and I knocked on the door of the group home again in January 2017, the memory of the 2016 presidential election was still fresh in the minds of the housemates.

“We were all kind of together, just, like, hugging him and watching it all happen,” Andrew Trumbull told me.

“We didn’t really know how to react,” Johnny Zellers said. “What are you telling him? He definitely got a little sad just thinking, OK, maybe his family may never be able to come here.”

Donald Trump had run for president on a platform to stop Muslims from coming to the United States. His electoral victory seemed to slam the door on Mohammed’s hopes of seeing his parents again.

“I need to be safe and close to my family, but there’s nothing I can do,” he told me. “I feel bad because they are not with me, but there is nothing I can do to help them.” During my first visit to Toledo, I spoke with Mohammed through an interpreter. This time he was able to speak English without help.

Two months after Trump’s inauguration, in March 2017, Mohammed’s green card arrived. I called the guys from a studio in Washington, and Johnny told me he was the one who opened the mail. “I started reading it, it was like, oh, you’re now a resident of the United States.” It hit him: “Oh hey, it’s the green card. You have a green card!”

The roommates threw him a party with a green cake and Mohammed called his family to tell them the good news. “My mom, she said – you can come right now, visit us! And I said no.” Mohammed said with a sad laugh, “I can’t.”

This was just as the Trump administration was banning travel from several Muslim-majority countries. Mohammed was afraid that if he left the United States he would never be allowed to return. He told his family that it would only take him three years before he was allowed to apply for a passport, and then he would visit them in Jordan once he was a US citizen.

He counted the days and three years later he applied. That was February 2020. As the coronavirus shut down almost everything, United States Citizenship and Immigration Services followed suit. USCIS closed to the public and stopped processing new citizenship applications on March 18.

I received a voice memo from Andrew in June last year, months after citizenship tests resumed. “We just had another frustrating and unproductive phone call with USCIS,” he said. Mohammed had hit a brick wall, unable to get an appointment, and he was beginning to worry. Syrian refugees who had come to the United States long after his arrival had already passed their exams and had become American citizens. Mohammed wondered if something was wrong that he knew nothing about – something he might never know. After all, he still had no answer as to why he had received a refugee visa when the rest of his family had not. Maybe another glitch in the system would prevent him from becoming a citizen.

Finally, he was given a date and time for his exam: Monday, February 14, 1 p.m. He and Andrew spent weeks studying. Mohammed couldn’t sleep on Sunday night. He woke up early Monday morning, put on a gray suit and black shirt, and drove with Andrew for two hours to Cleveland.

Mohammed al Refai at the center on Monday where he took the citizenship test.

Mohammed al Refai at the center on Monday where he took the citizenship test.

They drilled through hundreds of questions and answers on the way east. “What is the Constitution? What are some of the rights in the Declaration of Independence? Andrew went through the 100 sample citizenship test questions and any others he could think of. ” Where are you from ? What is your job ? »

Andrew dropped off his roommate of seven years at the Anthony J. Celebrezze Federal Building in downtown Cleveland. Mohammed crossed the icy square and entered the door. Andrew waited in a parking lot for the news. 40 minutes have passed. And then Mohammed walked out with a beaming smile on his face. “I am now an American citizen!”

Andrew ran out and gave her a hug. The new American citizen spent the two-hour drive home phoning friends and family in the United States and Jordan. And then he called me.

“I’m so excited to go see my family,” Mohammed said. “It’s my day. I’m so happy to be American!” He kept repeating this sentence: “I am an American!”

There was a party in Toledo on Monday night, with a confetti cannon. His family also threw one in Jordan. Mohammed plans to go there as soon as his passport arrives in the mail, possibly in a few months. Andrew says he will go with Mohammed and attend the meeting. After all they’ve been through together, Andrew says, they’ve become like family.