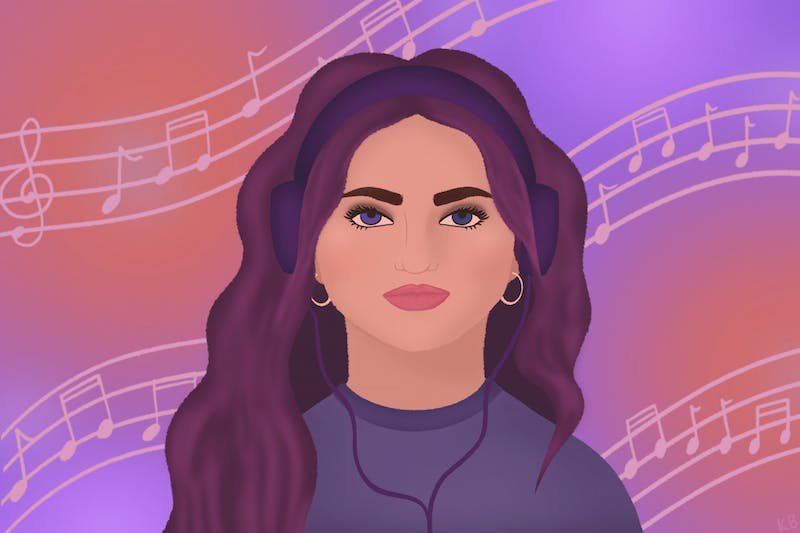 We’re almost halfway through the fall semester, Bobcats. With the full return of classes and mid-sessions around the corner, we could all use some new music to help us get through the week. Fortunately, we’ve found some tunes to keep students motivated through those long days and long nights.

While everyone has their favorite genre of music, we’ve created a playlist that will appeal to any mood or preference. Below are some new songs that are perfect for walking to class, working out at the gym, sitting in your dorm, or pulling out those last minute papers. Here are 7 new songs to get you through the week:

September 7 was the third anniversary of the loss of the lyrical genius, Mac Miller. His new song “Colors and Shapes”, released posthumously, invites us to reflect on the perception of life. The track opens with an excerpt from Timothy Leary, a famous psychologist and strong advocate for the use of psychedelic drugs like LSD.

Miller raps about letting down, while being open to different points of view, to question who you are and your purpose on earth; not only accept your own point of view, but be open to other shapes and colors.

“Under the sun” by Cuco

Singer-songwriter Cuco is back with his new single “Under the Sun”. This track comes with psychedelic guitar riffs with Tame-Impala tones and a traditional indie drum beat. It takes a turn on the transition to something completely different with Latin percussion. The Spanish lyrics of the song – “Mi amigo es un fantasma / Y creo que se perdió / Porque el nunca hace falta y nunca me escribió / Y no se por que lloraba / No se que se le rompio / Se agacha con su guitarra / Lo dice con su canción ”- loosely translates to a friend being a ghost, getting lost, only crouching with his guitar while singing his song. Then the track reverts to a new guitar solo, doing” Under the Sun “a creative combination of incredible indie rock and Latin grooves.

“I feel it” by Jon Bellion

If you listen carefully, this intro looks suspiciously like “Tumblr Girls” by G-Eazy. Although it is a completely opposite composition, this track has a delectable bass groove with a melancholy synth that can be associated with a lingering sadness or severe anxiety that we feel in everyday life. It returns with an upbeat drum pattern and bass outputs. This is definitely a song to listen to when you are depressed to remind yourself that you are not alone, as Jon Bellion reminds you of “I Feel It”.

Getting out of the Columbus and Athens metro is Tomorrow Daily. Lead singer Avery Waffen and her brother, guitarist Jake Waffen, and their friends bring a refreshing unique take on bands like the Strokes and Peach Pit with tight grooves, creative energy and tasty bass riffs. “Empty Days” is no exception with its psychedelic chords and thoughtful lyrics, it’s a perfect song for your morning rotation.

“Fire in your house ”by WALK THE MOON

Hailing from Cincinnati, OH, WALK THE MOON is a big deal for many Cincinnatians. Returning from a two-year hiatus, WALK THE MOON comes with a tasty bass groove and familiar synth arpeggios. “Fire In Your House” was produced by Johnny Clegg, a South African producer whose music intertwined with African and Western styles brings an interesting twist to Bloom, which was also produced by fellow South African, Troye Sivan.

Midnight Rapture is a DJ’s dream track. It’s a perfect combination of bass and groove with the beat of classic house drums along with your modern classic arpeggios that you can find in many modern music released these days. However, Anabel Englund adding her trance-inducing voice will have you dancing for hours at a house party on Mill Street or can serve as the perfect transition for your DJs.

“These Things Happen Too” is finally almost here, 7 years after the original “These Things Happen”, G-Eazy has changed so much lyrically over the past few years. We had several absolute hits from her like “Tumblr Girls”, “Calm Down” and “Me, Myself and I”, which show off the party side of G-Eazy. This new album, based on the released singles, shows the other half that emerges once the party is over. The post-party blackout hints at the album’s title, “Thes Things Happen Too,” exploring what happens when the party has to end.