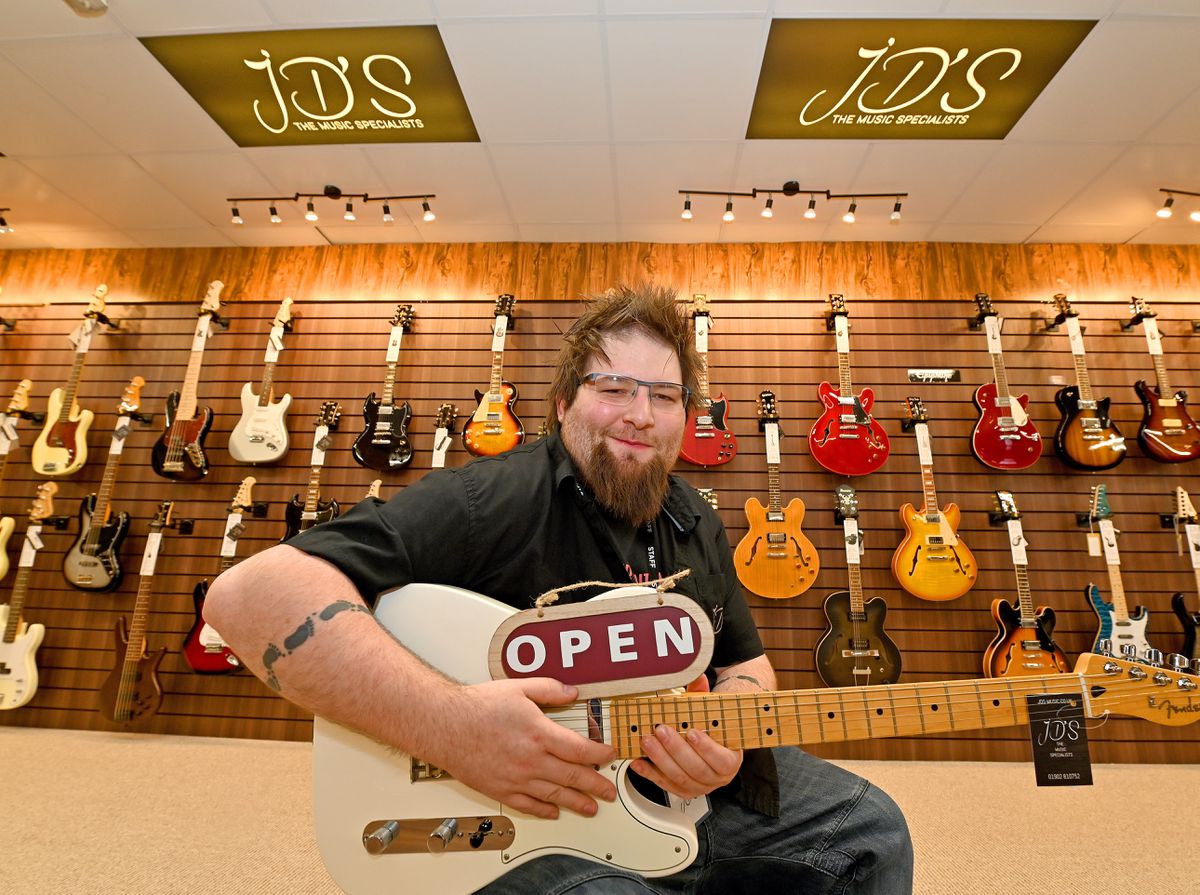 JD’s Music, in Market Square, Salop Street, was the first music store to open after One Way Music and Big Deal Music closed.

Owner Jake Hall, from Wolverhampton, said the disappearance of popular stores prompted him to follow his dream and open his own shop.

“When One Way Music and Big Deal Music closed, it was terrible,” he said.

“It meant that in Wolverhampton there weren’t really any music shops, so we decided it was time to bring Wolverhampton back to life.

“Moving the market to Snow Hill took away foot traffic from them which was a huge blow. Constant road works and a lack of parking near the store also contributed to its closure.

“Andy Neville, who worked at One Way Music, was a great help to us. He helped us with our setups, gave us advice on where to buy our stock, how to reserve inventory, and really pushed the store on social media with his friend Pete Kent.

One Way Music, also located on rue Salop, closed in 2020 after 38 years in business.

While Big Deal Music, which opened in 1993 and was owned by Guitar Shows UK organizer Neil Cable, closed in 2018.

JD’s Music offers a wide range of instruments, accessories, private lessons and a recycling service that collects used instruments, fully maintains them and resells them for later use.

Following the success of his boutique specializing in Apple products, The Macbook Specialist on Snow Hill, Jake opened the store in October after having to postpone its grand opening for a week due to a lack of stock caused by global shortages. supply.

He said, “It took us a while to open the store due to a shortage of materials while renovating the space, which also affected our suppliers with regards to their stock. It was harder for us to get guitars, cables and amps.

“A combination of a global shortage of wood to make guitars, microchips, Brexit and Suez Canal issues has also made inventory more difficult for us.”

Since opening, JD’s Music has been well received by audiences and musicians in the area, inspiring Jake and his team with plans for the future.

He added: “We started to really specialize in used equipment. Especially in the current climate, we are a big advocate for recycling.

“Music equipment can last a very long time. You can have things from the late 1960s that are still in perfect working order.

“We accept trades and buy used equipment, give it a six-month warranty and fully clean and test it so these instruments don’t just get thrown away.

“It’s something a lot of big stores don’t do, so it’s something we’re looking forward to pushing and growing.

“We’ve put a lot of money and effort into the website so I’m looking forward to expanding it so people can order online and we can start stocking some of the biggest brands.

“We hope to be at Wolverhampton for a long time.”

Ashley Edwards, guitar tech at JD’s Music and guitarist for Midlands metal band Suffer, loves being able to work in a field he’s passionate about and helping the next generation of musicians find their first instrument.

“I used to work at Big Deal Music and did a lot of guitar shows with Neil and demo instruments for customers there, which I do now at JD’s Music,” said the Bridgnorth musician.

“My uncle took me to buy my first guitar when I was 12 or 13 at the Musical Exchange in Birmingham, which unfortunately is no longer open, and now I see young musicians coming into the store to buy their first instrument.

“It’s great to see that despite the closure of many music stores, playing an instrument is not dead and they don’t just want to make music on a computer.

“I think what has contributed to the decline of music stores is the rise of online shopping. The high street, especially independent stores, are struggling to compete with online retailers.

“As convenient as online shopping is, when it comes to buying instruments, you don’t get to smell and play before you buy. And when you spend a lot of money on an instrument, it’s a big risk.

“You also don’t get the personal experience that you get in an independent store like ours.”