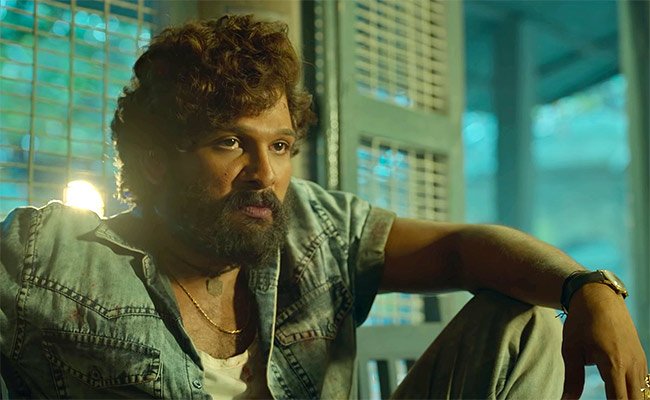 No, the South is not invading the Hindi film industry!

There are columns written about the invasion of films and movie stars from the South, and that Hindi stars have given way and Hindi audiences are swallowing up Southern content.

Does such a thing happen, really? What drives the columnists to decide? Why are suddenly more and more stars from the South appearing as guests on TV programs, which was unthinkable until the Covid-19 lockdowns hit?

Is this some kind of campaign to undermine Hindi movie stars, or is this just a case of ‘out of sight is out of mind’? Hindi stars, thanks to the various lockdowns and Covid-19 norms, don’t make the news much. Filmings, even if they do happen, mostly take place in remote locations away from Mumbai. Dubbed movies and Southern stars can and are used as media fillers in place of normal content.

Anything that gives this impression that Southern movies and stars are making inroads in the Hindi film industry is baseless. So what happened to make some columnists think the way they do?

“Baahubali: The Beginning” and “Baahubali: The Conclusion” combined to score around Rs 650 crore at the box office in the Hindi belt. Ironically, the first part, which was good and a visual delight, contributed roughly Rs 150 crore to that total.

“The Conclusion” was far inferior, but took advantage of the foundation laid by the first part as well as viewers seeking an answer to the most asked question of the time, “Why did Katappa kill Bahubal?” The second part went on to do business of around Rs 500 crore!

So, ‘Baahubali’, the franchise, its content worked because no one in the Hindi belt had heard of the hero Prabhas. Her second film, “Saaho,” was a far cry from the “Baahubali” franchise, and Hindi filmmakers weren’t rushing to sign her up. If that didn’t happen, he’s not the star a Hindi filmmaker will bet his money on.

“Baahubali: The Beginning” was released in 2015 and “Baahubali: The Conclusion” in 2017. It was a closed chapter, a flash in the pan. So what created this air on Southern films and Hindi films?

One would think that it was the simultaneous release of ‘Sooryavanshi’ and ‘Pushpa: The Rise’ that gave rise to the speculation that Southern films were scoring over Hindi films. It’s all about perception and expectations.

With three major Hindi industry stars – Akshay Kumar, Ajay Devgn and Ranveer Singh – playing pivotal roles with hitmaker Rohit Shetty at the helm, “Sooryavanshi” was being built as a film to look forward to. But the blockages delayed the film’s release by over 18 months and when the film was released, the content was a big disappointment. I don’t know why successful filmmakers meddle in community issues in their films!

It just so happened that ‘Sooryavanshi’ got a thumbs up from viewers. But, as if that weren’t enough, the dubbed movie, “Pushpa: The Rise” managed to hold its own at the box office. If people turn against a movie, there are strong undercurrents and social media is the weapon of choice. While ‘Sooryavanshi’ was considered a mediocre movie, ‘Pushpa: The Rise’, a mediocre movie, was praised!

These Southern films, which are dubbed in Hindi, have huge budgets and anything they shoot from the Hindi belt is pure bonus. Yes, ‘Pushpa’ supported, while ‘Sooryavanshi’ couldn’t. But the film only managed to hit the Rs 100 crore mark in the Hindi market only in its seventh week (Rs 100 crore means less than Rs 50 crore takeout).

Under normal circumstances, a Hindi hit would do this kind of business in its first weekend. So, it’s much ado about nothing.

So far, between 2015/17 and 2021, two dubbed movies have held their own in the Hindi belt and it’s hardly worth writing pages for.

It is a fact that Hindi movies lack good writers and hence the need for original content. Southern films have always been a source of inspiration for Hindi filmmakers over the years. In between, we had a generation of self-proclaimed wizards, the new breed of directors raised in Hollywood films. Hollywood movies were therefore remade in Hindi.

Some filmmakers have worked to make room for music in these remakes because Hollywood movies don’t have room for songs like Indian movies. The problem with most of these remakes was that they didn’t have much room for music and lacked an emotional angle. Both are the soul of our cinema. The songs, when forced, were a drag on the film.

With the exception of this phase where Hollywood films were the inspiration, it was usually Southern films that Hindi filmmakers fell back on. Southern filmmakers were just as active in the Hindi film industry as they were in the South. Banners such as AVM, Gemini, Padmalaya, Suresh Pictures (Dr. D. Rama Naidu), Prasad, Padmalaya, Chinnappa Devar, S. Ramanathan, Mani Ratnam, Purnachandra Rao, as well as many top directors, have all made hindi movies. over a period.

What Southern filmmakers were known to do, if a regional film turned out to be a success, they remade it in Hindi. In such cases, Telugu language films had the best record of success in Hindi as their films were more identifiable to Hindi audiences. It usually worked.

In the late 1970s and 1980s, the Hindi industry had many major Southern banners making films. When the Southern producers felt they were being taken advantage of by the system here, they all packed up and left. It has been like this for a long time. Most Hindi stars have worked in Southern remakes and continue to do so.

In fact, Jeetendra, after his disastrous home production ‘Deedar-e-Yaar’ failed so badly that he nearly bankrupted him with no Hindi producer offering him a movie, saved his career with the help of the film by southern filmmaker LV Prasad. Subsequently, the doors of Southern Hindi remakes opened to Jeetendra. There was a phase where almost all of his movies were Southern remakes.

Jeetendra was so attached to Hyderabad and tired of staying in hotels for days on end, that he even went ahead and bought a lavish bungalow there. Rajesh Khanna has done many Southern films. Even Anil Kapoor cemented his career through South remakes.

The South was the main source of heroines in Hindi films, from Waheeda Rehman, Vyjayantimala, Padmini, Leela Naidu, Hema Malini, Rekha, Meenakshi Sheshadri, Tabu, Jaya Prada, Sridevi, Asin and many contemporary actresses who made their path. in Hindi films across the South.

As for the southern male actors, there was a lineup but no one stayed or stayed. They were rejected as soon as they landed in the Hindi industry. Previously, Southern heroes like MGR and NTR wore the South all over them and it was impossible for them to be accepted in Hindi movies.

Southern producers may have stopped making Hindi films, but Hindi filmmakers are very dependent on the South for subjects. Southern films provide them with a healthy mix of action, romance, emotion, and entertainment. Something Mumbai writers are no longer able to deliver.

However, two dubbed films succeeding at the Hindi box office in five years, this does not mean that the Hindi industry is giving ground to the South.

New app alert: all OTT apps and release dates under one app