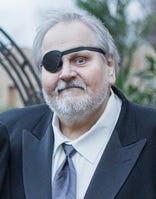 Quakertown – Stanley Mr. “Stan” Duda, of Quakertown and formerly of Perkasie, PA, returned home to be with the Lord on Monday, September 13, 2021, at Doylestown Hospital, Doylestown County, PA. He was 70 years old.

He was the 37-year-old husband of Theresa “Terry” (Walker) Duda.

Born in Philadelphia, Pennsylvania, he was the son of the late Stanley Duda and the late Virginia (Luszczak) Sutter. He was a graduate of Northeast Catholic High School in Philadelphia.

He was a member of Souderton Calvary Church, where he played bass guitar with the Worship Arts Team.

Stan was an avid trainer and enjoyed going to the beach and strolling the boardwalk. He had a passion for music and played many instruments and passed it on to his daughter and grandchildren. In his early years he performed in several groups. He loved life and chatting with people; but her greatest joy was spending time with her family, especially her children and grandchildren.

Surviving with his wife are his five loving children, Dennis Duda, from Lansdale, PA, Kimberly Stevens and her husband David, from Quakertown, Matthew Duda and his wife Mandy, from Mohrsville, PA, Zachary Duda, from Quakertown, and Tiffany Duda, from Macungie, Pennsylvania; six grandchildren, Cayla, Diamonique “Nika”, Emily, Liam, Mackenzie and Fiona; his sister, Nancy Courtney, of Quakertown; and several nieces and nephews.

Family and friends are invited to attend his memorial services which will be held at 11:00 a.m. on Wednesday, October 6, 2021, at Souderton Calvary Church, 820 Route 113, Souderton, PA.

The Online Arms Race and Dash for Cash Product Connectivity