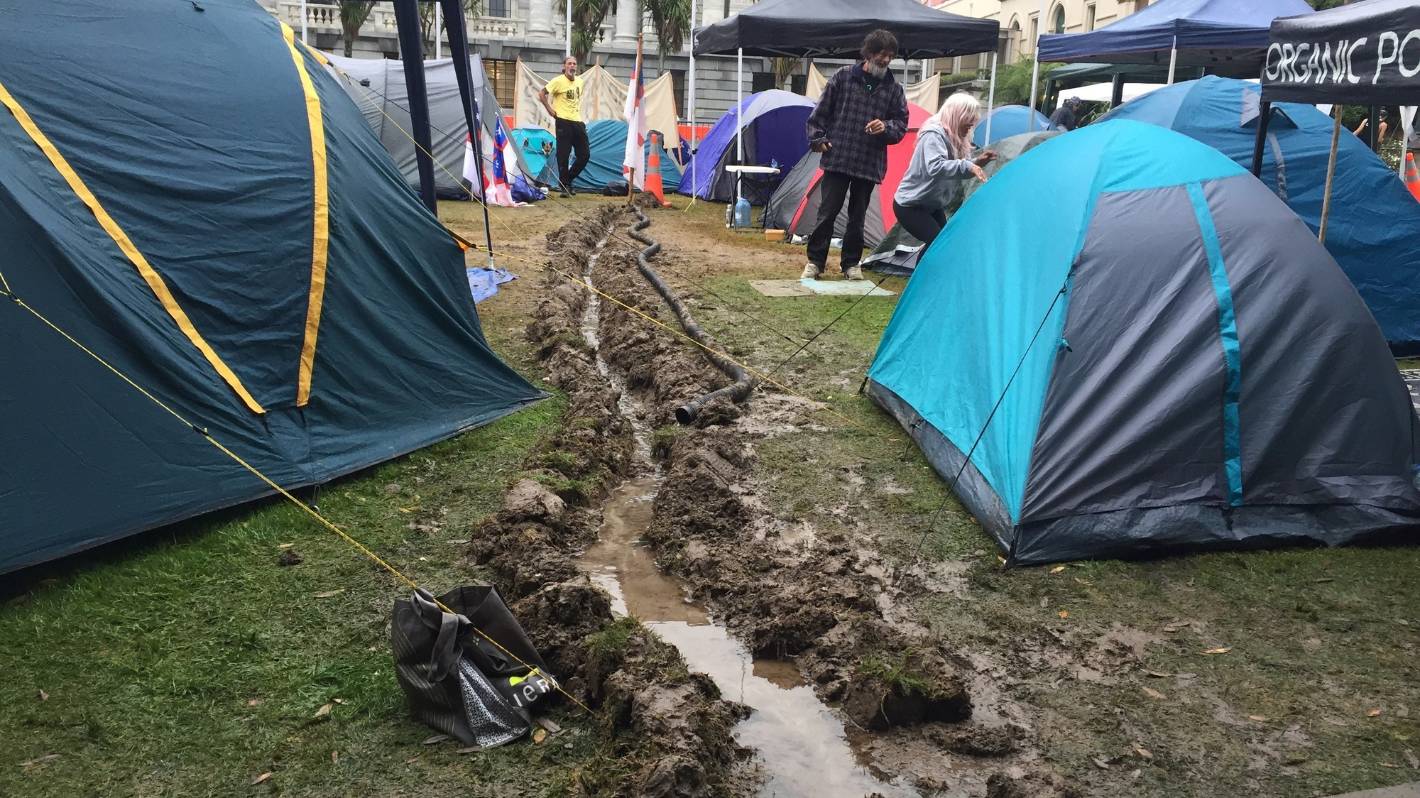 So many people complained to Wellington City Council about Speaker of Parliament Trevor Mallard’s decision to blast protesters with noise and water, the online system crashed.

The detail was revealed in an official request for information to the council, posted on the FYI website, and published only after the intervention of the public sector watchdog, the Ombudsman.

“We have received a large number of complaints through our digital channels, mainly through the form on the website. At one point, the high volume crashed the system online. »

READ MORE:
* $3.5million probe into parliament occupation won’t get all the answers, says National
* Cleanup of the capital continues apace as Wellingtonians reclaim local streets
* Debris from the occupation of Parliament was washed away during the ongoing clean-up
* ‘Dangerous’ and ‘appalling’: Fury after Wellington mayor meets protesters

The occupation of the Parliament grounds began in February and completed 23 days later in early March. It spread from the lawn to block streets around Parliament with those there mostly opposed to the Covid-19 vaccine mandates, although other causes are there.

As calls to leave the pitch increased, Mallard turned on the sprinklers on the Houses of Parliament lawn, which turned to mud when rain and sprinklers combined. Like his efforts to chase away protesters by playing loud music, including Barry Manilow and the 1990s hit Macarena, he failed to get the occupants out.

It was only a massive police operation in early March that put an end to it – but not completely. One group decamped to Peka Peka and another joined a smaller occupation at Māhanga Bay in Wellington, which ended in a separate police operation last week. On Monday this week, some of these occupants of Māhanga Bay recovered nearby, next to Shelly Bay, the scene of a separate occupation opposing development. which ended peacefully in May after 525 days.

The council’s response to the Local Government Official Information and Meetings Act gave some examples of its standard response to complaints about sprinkler use. He told the plaintiffs that the water restrictions were then only imposed on residential properties and that Parliament was on a corporate water supply.

Complaints received by the council suggested that Mallard should attend a resource conservation conference and write a letter of apology to Wellington ratepayers. Another said the activation of the sprinklers was a “gross abuse of power”.

“If this continues, people and children on site in tents are at risk of falling, so it’s a health and safety issue.”

Another complained: ‘I would like to know if the council will cut off the water supply to prevent this wastage and what steps will be taken to take the government to task over this. If a private citizen did this, there would be serious consequences.

At the time, Mallard said none of the occupiers – who had been trespassing on Parliament grounds – were there legally.

“If they get wet from the bottom and top they will probably be a little less comfortable and more likely to come home. Some people have suggested we add the vaccine to the water, but I don’t think not that it works that way.

Former MERCYFUL FATE guitarist MICHAEL DENNER hits out at HANK SHERMANN: ‘He broke my heart and stabbed me in the back’