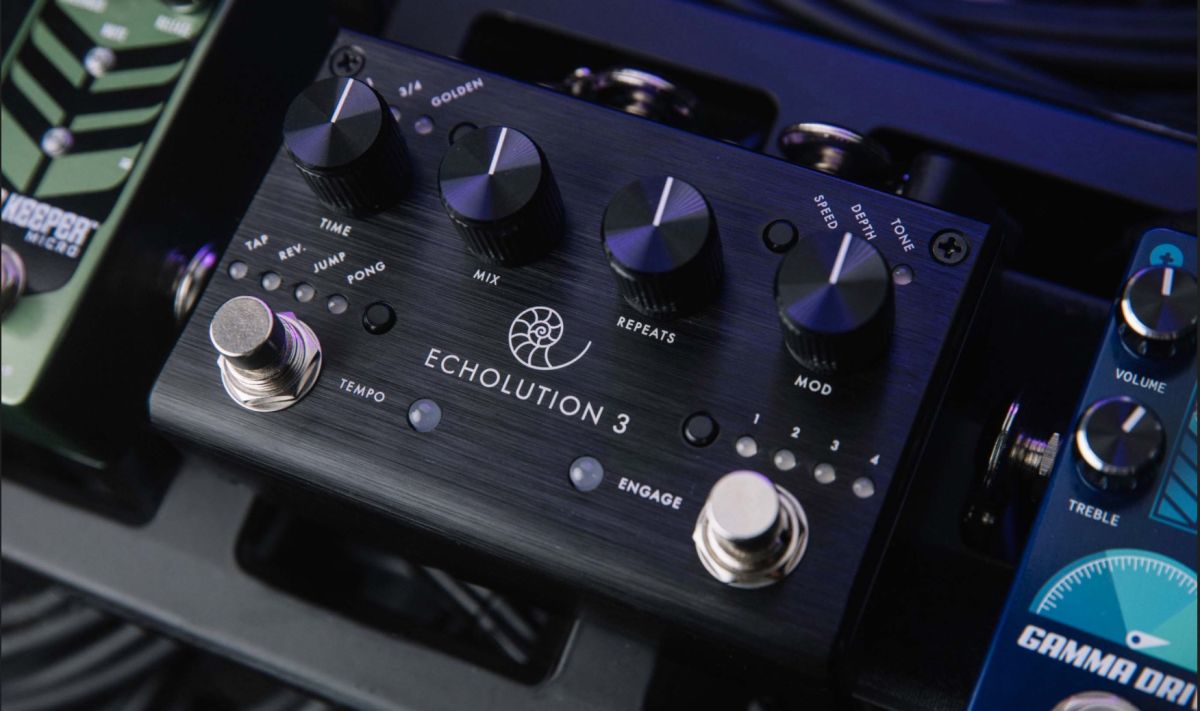 Pigtronix has unveiled the Echolution 3, a successor to its Echolution 2 delay pedal, which was first introduced in 2015.

Thinner and more streamlined in size and interface than its predecessor, the Echolution 3 is a multi-tap stereo modulation delay that offers an attractive variety of tonal options.

The pedal’s Time button, for starters, allows guitarists to set between 100 milliseconds and 5 seconds of delay (the delay time can also be adjusted via the built-in Tap Tempo switch).

A push switch above the Time button allows users to select delay time subdivisions, while holding the switch down activates a second delay tap which can be set to one of three values. subdivision – 1, Â¾ (a dotted eighth note delay) and the “Golden Ratio” (0.382).

The Repeats knob adjusts the repeats within the delay, while the Special FX tap switch at the bottom left of the pedal gives guitarists access to Reverse, Jump (which pushes the delay line up an octave), and press-and-hold activated pong, which sends streamlined echoes between the left and right channels.

Users can store up to four presets on the Echolution 3, which can be toggled between using the last push switch at the bottom right.

The Pigtronix Echolution 3 delay pedal runs on 9VDC power and is available now for $ 299. News of its arrival follows another new Pigtronix pedal, the Gamma Drive.

To learn more about the pedal, stop by Pigtronix.