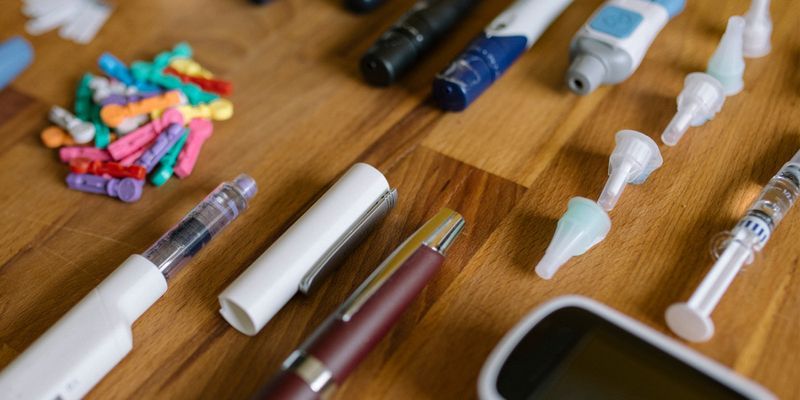 For children with type 1 diabetes, the risk of experiencing a severe hypoglycemic episode is especially common, and for parents, the threat of it happening in the middle of the night is especially frightening. Sudden and critical drops in blood sugar can go unnoticed overnight when the child is asleep, leading to coma and death, an event known as ‘bed death syndrome’.

“A parent can check their child’s blood sugar right before going to bed and everything seems to be fine, then around 2 a.m. their blood sugar is dangerously low, near the comatose level,” said Matthew Webber, associate professor of chemical and biomolecular engineering at the University. of Notre-Dame.

Webber has listened to parents of children with diabetes describe the fear of such an episode – waking up several times a night to check glucose levels and panicking in emergencies and transporting the kids to hospital in the middle of the night. night.

In severe situations, glucagon injections can stabilize blood sugar long enough for parents to seek medical care for their child. But in a new study, published in the Journal of the American Chemical Society, Webber rethinks the traditional use of glucagon as an emergency response by administering it as a preventative measure.

In the research, Webber and his team illustrate how they successfully developed hydrogels that remain intact in the presence of glucose but slowly destabilize as levels drop, releasing glucagon into the system, thereby increasing glucose levels.

“In the area of ​​glucose-sensitive materials, the focus has generally been on managing insulin delivery to control blood sugar spikes,” said Webber. “There are two parts to blood sugar control. You don’t want your blood sugar to be too high and you don’t want it to be too low. We basically designed a control cycle using a hydrogel that breaks down when the glucose levels drop to release glucagon as needed. “

The gels are water based with a three dimensional structure. Webber describes them as having a mesh-like architecture resembling a bunch of spaghetti noodles with glucagon “sprinkled” all over it. According to the study, in animal models, the gels dissolved as glucose levels declined, eventually breaking down to release their glucagon content.

Ideally, in future applications, the gels would be administered each night before bedtime, Webber explained. “If an episode of hypoglycemia occurred later, three or five hours later while the child was asleep, then the technology would be there, ready to deploy therapy, correct the blood sugar imbalance and prevent a serious episode.”

Webber stressed that the research is at an extremely early stage and that parents and people living with type 1 diabetes should not expect to see such therapy available in the short term.

“One of the big challenges was to design the hydrogel to be sufficiently stable in the presence of glucose and sufficiently reactive in the absence of glucose,” he said. Another challenge was to prevent glucagon from escaping the mesh structure of the hydrogel. Although the team was ultimately successful, Webber said he hopes to improve stability and responsiveness with further study.

See the ultra-affordable Affinity Telecaster, Stratocaster, Jazzmaster and Bass from Squier in action

What are futures? Definition, types, advantages and disadvantages

Explore the Percussion Instruments market size and share in 2021, along with the…