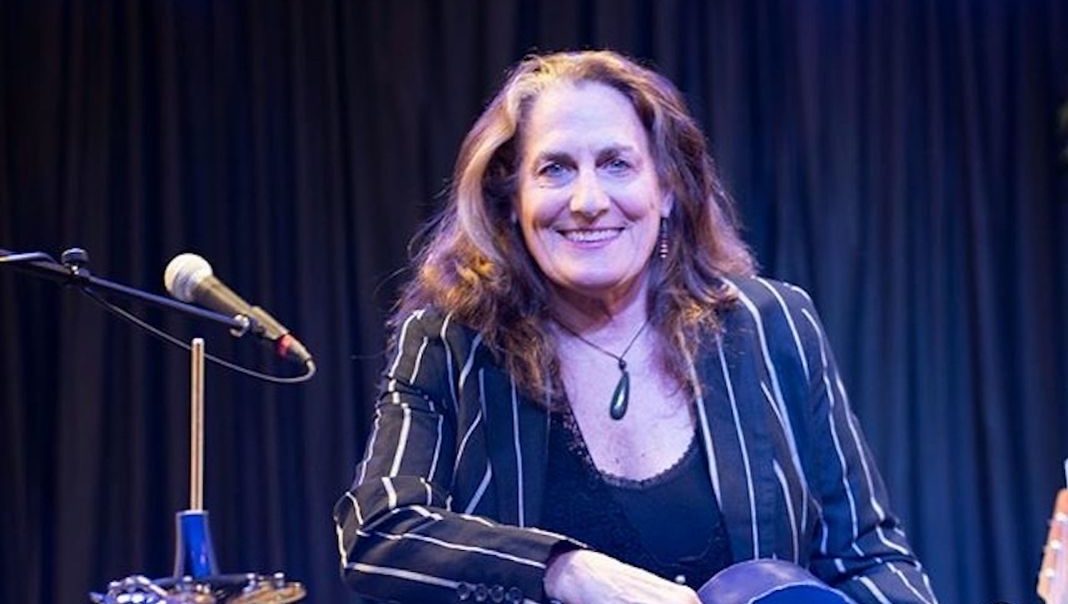 Ruth Wyand pioneer with words on First Fridays on stage

She is an insightful storyteller who tells relevant stories with excellent guitar playing and authentic lyrics listeners can’t help but stomp their feet on. Wyand has performed everywhere, from bars to theaters influenced by some of the best music contributors from Rosetta Tharpe, Nina Simone, Billie Holiday to Doc Watson.

Wyand’s sound is hers, and she’ll tell you that it was 100 years ago when she first became a musician.

With his great sense of humor comes an electrifying eclectic style from different genres. In her words, the Paranoia Street singer shares with us the music that has influenced her sound. As you listen to this conversation, you will hear his heart on the strings of the guitar.

So, can you tell us about your background and how you became a musician?

“Well, that was about 100 years ago. Now I started playing when I was in elementary school and there was a program that gave the school instruments. A music store. local gave the school some instruments and at that point I got a flute to play, the boys got the guitars and the girls got the flutes and clarinets. So eventually I ended up buy a guitar and I started taking lessons and you know I kept going all the way.

“I have just experimented with so many genres of music, different styles of American music all my life. I started out very interested in jazz and blues and all kinds of roots music that I love. I call myself an orange haired musicologist because I enjoy reading biographies and biographies of musicians, especially women musicians, jazz and blues. You know, I just try to read so much history about our own musical heritage or do you know our American music that I love, then you know I try to play as much as I can.

Is there a blues musician that you absolutely love and Is there one that particularly marked you?

“Yes, mainly Matthis Minnie and Sister Rosetta Tharpe have been major influences on me on my playing and their life stories and I love their music.”

So every song you perform, do you write all of your music?

“I write, perform traditional blues and jazz songs and, you know, I kind of throw the gimmick that you probably know about 70% of the original songs, and then I throw a few covers.”

“There is a song that I love to sing and I try to open my shows with it because it’s a good warm-up on guitar and a good vocal warm-up for me. It’s “nobody’s fault other than mine”, it’s one of those who make it all go wrong. I know Nina Simone sang so many people sang it, but the one that is close to my heart is the one that Nina Simone has. “

How do you write your songs?

“Well, I usually write a guitar part first and then the lyrics come later. I mean, it’s probably about 95% of the way I write, it’s very rare that I have a topic I want to write about because it comes to me musically rather than you know I’m not going walk down the street and say i want to write a song about you know a store or something i just said, it comes to me musically rather than a story and then usually the story comes from the music, be it whatever thing that brings back a memory and then you know it becomes history.

How would you describe your style and define a melting pot of styles? and What is your guitar playing style?

“Well, there’s a style called Piedmont Picking that’s uh the thumb type of style where the thumb makes a base and then your picking with your hand with your other fingers and so it’s a cross kind like piedmont. blues picking and there’s sort of a banjo style called a claw hammer. It’s old, I wouldn’t say it’s an old bluegrass technique but bluegrass has its opposite but it’s an old banjo technique so I incorporate Piedmont picking with the banjo claw hammer and I play too bottleneck slide guitar with the slide that’s a bottleneck. “

Do you tune your instruments according to what you are preparing to play at the time?

“Yeah, and sometimes it’s pretty handy for you, like I’m doing a show and my husband can come with me, I can bring 3, 4, or 5 guitars with me so I can have them all.” preset so I don’t have to be on stage and tune. But, if I’m on my own I can usually take 2 or 3, maybe it depends on the venue, but I’m still tuning because you know I probably go through about 8 tunings in a show.