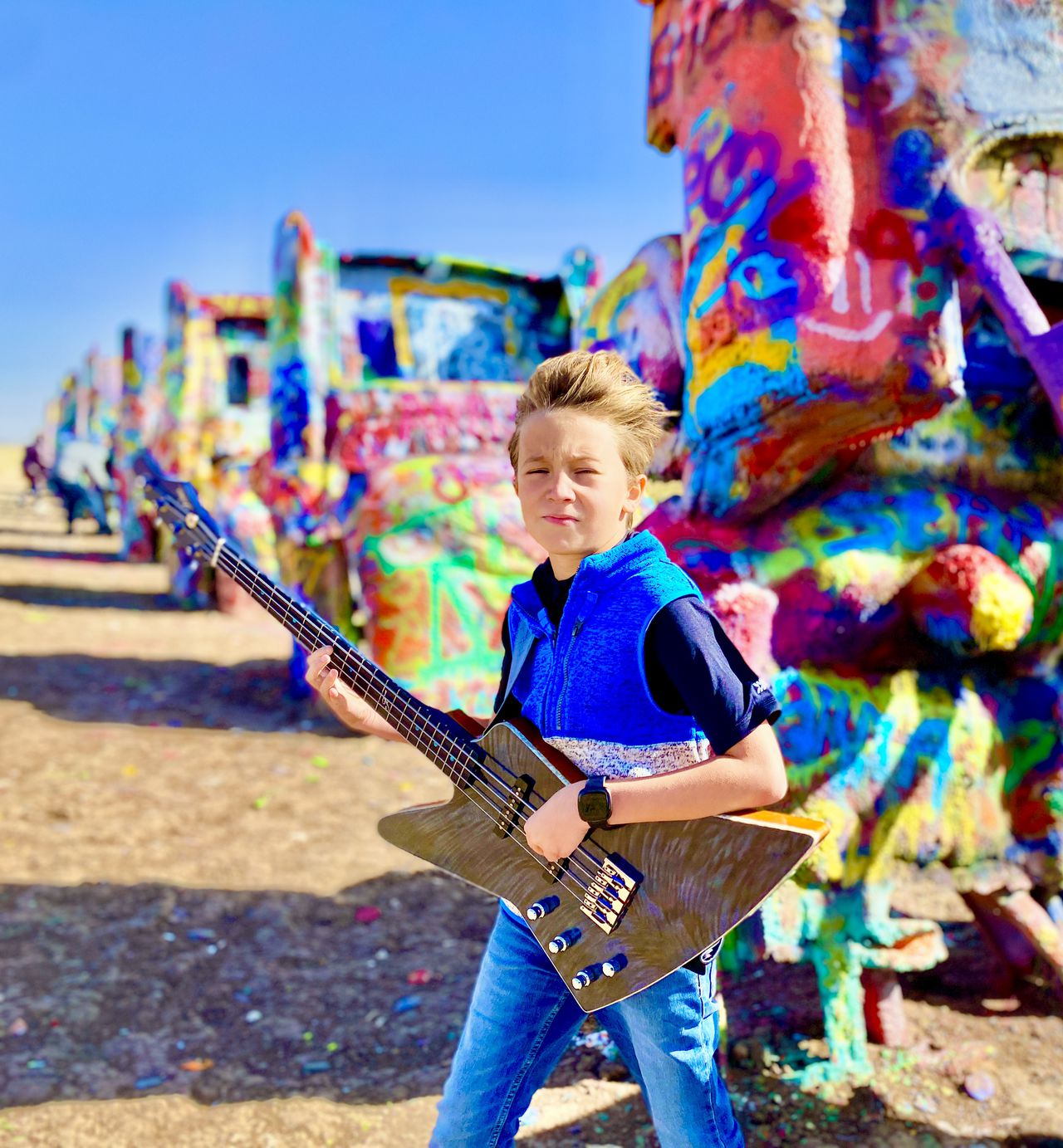 When Seba Stephens was 2, he loved The Police and banging on pots and pans. At 3 years old, he asked for a drum set and his parents accepted a junior drum set.

“He didn’t come for air after that,” his father, Everett, said. “He absolutely stayed crouched to his drum kit.”

Seba, now 10, plays in clubs and is the youngest student to earn a professional General Music Studies certificate from Berklee Online.

Seba’s father remembers practicing constantly, even when he was only 3 years old. He didn’t realize it at the time but Seba was trying to imitate the sounds of The Police drummer Stewart Copeland.

“He sat there morning, noon and night,” Everett said. “I knew he loved to play, so we did our best to feed him any way we could with music and instruments.”

Everett and his wife are not musicians, so it was a shock for both of them when Seba discovered his passion.

But Everett wouldn’t trade him now.

“I had to watch my buddies go out to the baseball diamonds for six hours on a hot Saturday sweating it out,” he said. “And I thought I might miss it. But I’ve come to find that I really like spending time on Saturday nights at a club watching my kid play rock and roll and earn a paycheck.

Seba and his family, who live in Memphis, Tennessee, switched from traditional schooling to homeschooling in third grade to focus more on music. The family usually spends around 8:30 a.m. to 12:30 p.m. working on school homework, then they eat lunch and focus on music from 1 p.m. to 5 p.m.

“And in the evening it’s usually more music,” Everett said.

Seba also auditions for acting roles and spends his weekends performing with groups of adults in clubs or developing original music with his own band.

Seba said he got a few weird looks as the 10-year-old approached the stage to perform, but most people were curious, thinking “this little kid” is going to “tinker around a bit”.

“Then I play and everyone says ‘Whoa,'” he said with a laugh.

Everett, who has a full view of the audience, confirmed it.

“It’s usually like, ‘Oh, here’s this cute kid about to come on stage.’ And then he starts dropping hammers and it goes from this cute curiosity perspective of the audience to every cell phone is out and everybody’s taking pictures,” he said. “And everybody wants to meet the child and everyone wants to offer advice or get an autograph.”

“I like to make people happy and have them listen to my music and enjoy it,” he said.

But for his dad, it’s about Seba and seeing his hard work pay off.

“To really be able to connect the dots, that his passion makes these people happy. It also has the chance to produce a long term career for him. And it’s special to be able to see your child’s heart and soul come to life through music and to be able to enjoy it as much as they do,” he said.

This, Everett said, is every parent’s dream.

But the 10-year-old has proven himself to be a great musician too.

The Stephens family struggled to find a music teacher who would take on a 3-year-old. When they finally did, it only took about six months before the teacher told Everett, “I don’t know how to teach kids like Sebastian.

“He told us that Sebastian is beyond anything he can teach and that he doesn’t understand how to teach a potentially really gifted percussionist,” Everett recalled.

The teacher suggested finding “better professional mentorship” for the 4-year-old, but Everett was hesitant. Yet he knew his child was special.

“Most kids love to go to toy stores or video game stores. Every day after kindergarten he would beg me to take him to Guitar Center,” he said.

Around this time, Seba also started learning piano and bass.

“At age 5, he was playing bass and drums on Beale Street here in Memphis,” Everett said.

While researching summer music programs for Seba, Everett found Berklee’s summer programs in Massachusetts. Although it is required to be 14 years old for the program, the school waived the requirement for Seba.

Unfortunately, the COVID-19 pandemic hit and university courses around the world were forced to switch from in-person courses to online service.

Berklee College of Music was no exception.

“The first Berkeley online bass class he took was an online bass workshop. The Bass Workshop exposed Seba to a level of peers and mentorship that we could never have imagined without Berkeley,” he said. “He worked with Victor Wooten and Steve Bailey on a weekly basis, just absolutely legendary bass players, the best bass players in the world and several other Grammy award-winning superstars.”

But it wasn’t easy. Some classes required Seba to practice up to seven hours a day and learn to take college-level notes.

“But he stepped up. We had to work a lot of overtime, four to six hours a day, six days a week to get to that first class,” Everett said. “But I could see his musical talent and ability to play bass accelerate exponentially.”

And at the end, Seba “looked at me and said, ‘Dad, I loved it,'” Everett recalled, Seba adding that he then asked to do it again.

The family decided to continue Seba’s music education through online classes at the Massachusetts school, but to keep him focused on grade-level academics.

“We didn’t want 24 hours of his day to be consumed by academic and musical pressure at the college level,” his father said.

However, that could be his future as the 10-year-old also hopes to go to college and graduate from Berklee College of Music – when the time comes.

Everett also encourages other parents to consider Berklee’s programs, even though they can be intimidating.

“Pay attention to your child’s cues from an early age. And as crazy as it sounds, and if you’re able to do it, don’t be afraid to invest too much in your child’s interests to the point where it might not make sense,” he said. . “Because for the most part, buying a drum set for a 3-year-old doesn’t make sense, does it?” But don’t be afraid to invest in your child’s interests from an early age. And investing doesn’t mean you know tons of money. It means interest and support.

Soon, fans will see Seba in Wes Anderson’s next film, which will be released in 2023. He also recently starred in Broadway’s “School of Rock the Musical.” And one day he hopes to play a halftime show in a “giant football arena” – maybe something like the Super Bowl.

No gold or Fds, Zimbabweans invest in cows instead: report