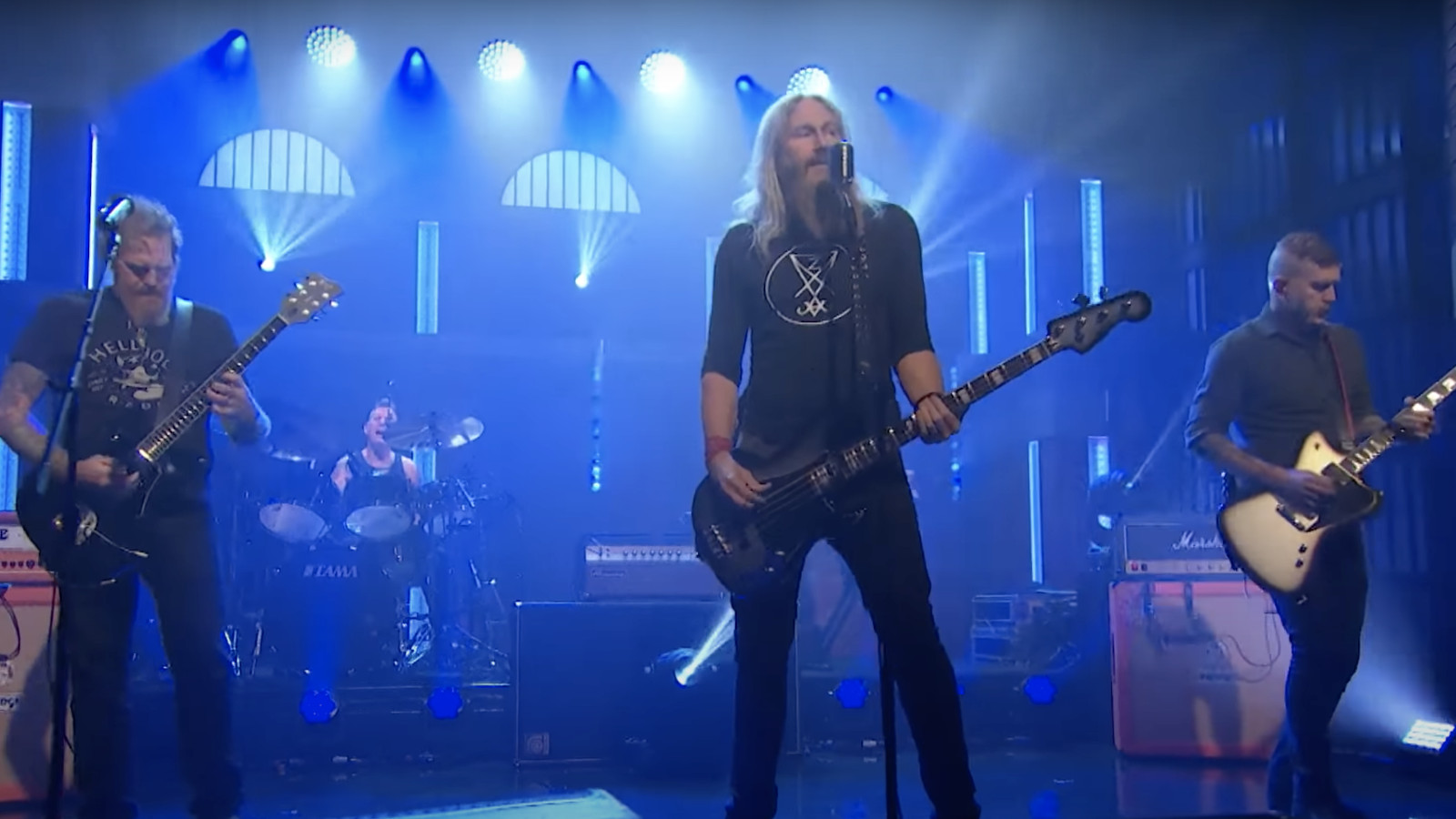 For the diehards of Mastodon, Revolver has a limited edition Fall Issue pack including a hand numbered holster and an exclusive 2LP edition of Calm and sinister with a hand-screen printed album wrap designed by artist Paul Romano. Get yours before they’re gone!

Atlanta Mastodon heavyweights released their new all-around stunner last month Silence and sinister. The two-LP epic (which was recently nominated for a Grammy for Best Metal Performance) is stacked with the team’s signature blend of progressive rock and sludge metal goodness.

Yesterday evening (November 23), the group passed Late at night with Seth Meyers to perform one of the album’s most haunting singles: “Teadrinker”.

The dismal mid-beat track plays out calmly, with the clear vocals of drummer Brann Dailor and understated guitar playing from Brent Hinds and Bill Kelliher, while bassist / vocalist Troy Sander periodically walks up to the mic to add a few. rocky lines (and a tasty bass solo). . Watch this performance above and be sure to stick around for the climax of “Tearrinker” – courtesy of Hinds and his really nasty solo skills

Calm and sinister, which was released on October 29 via Reprise Records, is available in several formats, including a Revolver-exclusive clear vinyl version, which comes with our Fall 2021 magazine and a hand-screen printed case with artwork by longtime Mastodon collaborator Paul Romano. Get yours before they’re gone!