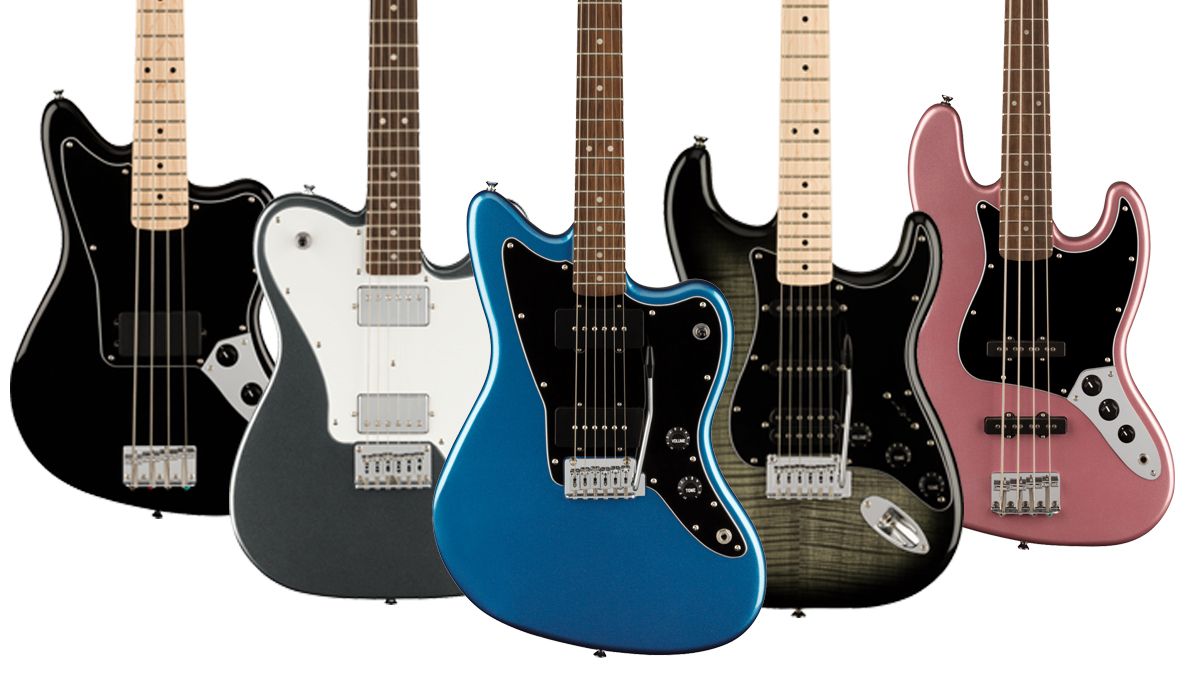 See the ultra-affordable Affinity Telecaster, Stratocaster, Jazzmaster and Bass from Squier in action

Last March, Fender announced that it was expanding its range of affordable Squier Affinity electric guitars with the release of all-new Stratocaster, Telecaster and Jazzmaster models, as well as a number of new bass guitars.

Highlights of the release included a Jazzmaster model fitted with a single coil, a Strat and Tele configured in HH and a new Jaguar bass model pack, all arriving in a host of new finishes including Lake Placid Blue, Charcoal Frost Metallic and Burgundy Mist.

Along with these new models come a handful of updates to the existing Affinity series, including new four-string offerings, an HSS Strat fitted with a flamed maple top, and a modified Tele, which sports an Indian laurel fingerboard. – an appointment previously unavailable. to existing Affinity Telecasters.

Now, Fender has really rolled the carpet for these top-notch beginner electric guitars and basses, with a new series of cinematic demos that show the new Jazzmasters, Strats, Teles and basses in action.

In the first of the videos, session guitar ace Tiana O’Hara takes a tour with the Affinity Jazzmaster, demonstrating the ethereal cleans and biting overdrive produced by the guitar’s ceramic single-coil pickups, sound Two-point tremolo and its beautiful Burgundy Mist finish. .

The all-new Affinity Jazzmaster is available now – in Lake Placid Blue and Burgundy Mist finishes – for $ 279 / £ 269.

Second, we have guitarist Dan Ellis trying out the three Stratocasters from the Squier Affinity series.

Starting with the standard Affinity Strat, Ellis shows off the growl of his Squier single-coil trio, before moving on to the versatile, humbucker-equipped HH Stratocaster. Finally, Ellis presents the “best of both worlds” HSS Stratocaster, showing how the guitar produces fat, humbucker-fed rhythmic sounds and classic single-coil sounds.

With two Squier single-coil Tele pickups and 3-way switching, the standard Tele delivers sleek, jazzy cleans and, of course, Nashville-ready twang and bark. As Ellis demonstrates, the Tele Deluxe – with its two Squier buckers – can handle gentle cleanings as well as the beefier tones you’d expect from a Deluxe.

Both Teles feature a C-shaped neck, die-cast tuner, and through-string bridges. The Tele (which is also available in a left-handed version) is available in 3-Color Sunburst, Olympic White, Butterscotch Blonde and Lake Placid Blue finishes, while the Tele Deluxe comes in Burgundy Mist, Black and Charcoal Frost Metallic finishes.

Griffin starts off with the all-new Jaguar Bass H, showing off the fat, punchy tones produced by its single humbucker pickup and comfortable 32 “pitch. Then he tackles the Precision Bass PJ, which – with its combination of a Single Split – P Bass Coil Neck Pickup and J Bass Single Coil Bridge Pickup – Delivers a Tempting Variety of Bass Tones.

Finally, there are the two models of Jazz bass – a four-string and a five-string. With two single-coil J Bass pickups and a classic Jazz bass look, these two have both a stylish look and sound.

For more information on all models in the Squier Affinity series, visit Fender.