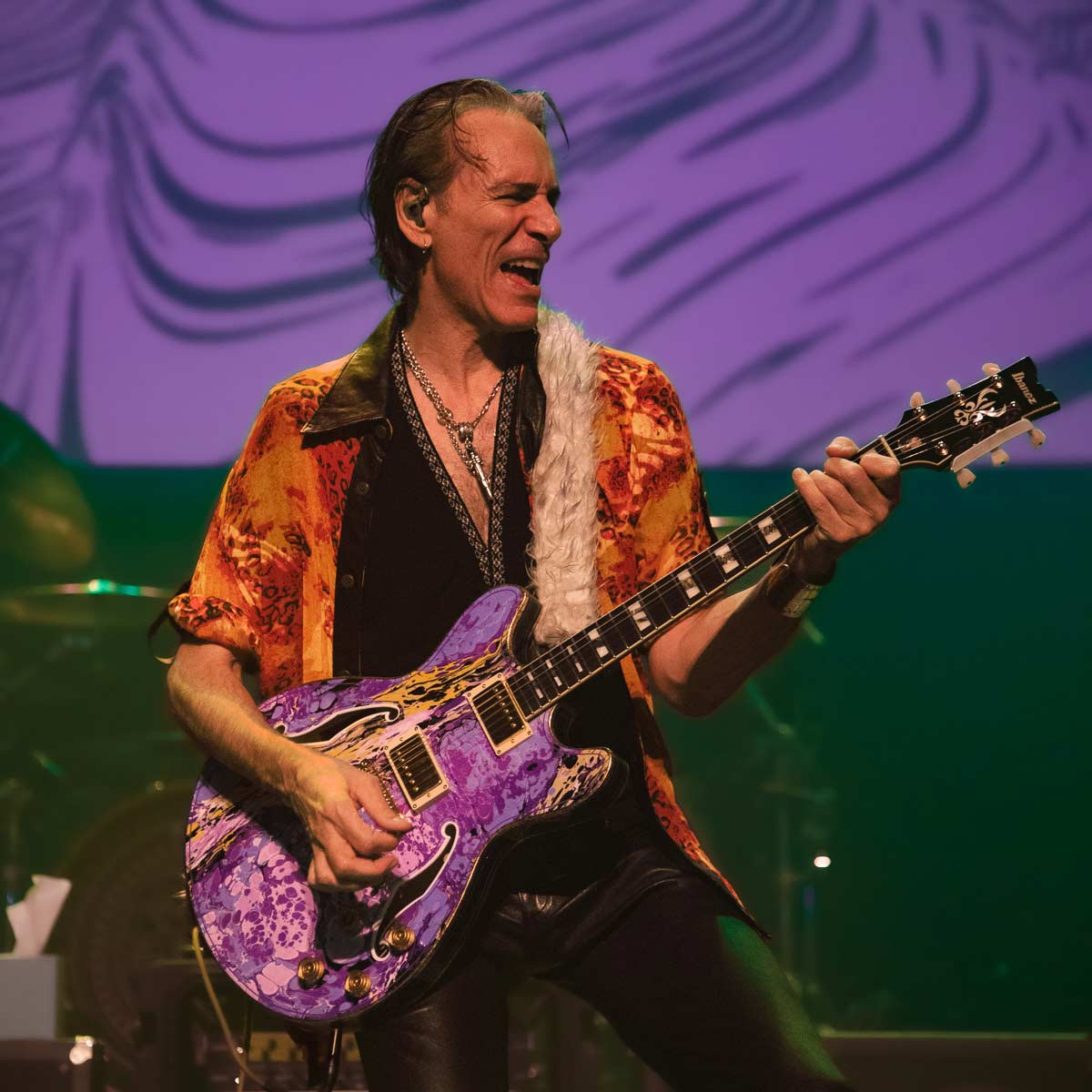 On the first night of November, following Halloween, fans lined the streets of New Haven, Connecticut, awaiting a unique performance from one of music’s most respected guitarists. His diverse musical career has seen him endorse titles such as “virtuoso guitarist”, “visionary composer” and “accomplished producer”. His reputation precedes him. He is Steve Vai.

The one and only performer to take the stage that night at College Street Music Hall, Steve Vai and his band of talented guns for hire, took the stage at 8 p.m. The set started with the band’s drummer Jeremy Colson pounding the toms as Vai prowled from stage right.

The evening kicked off with Avalancha, from the band’s 2022 release Inviolate. Contrary to what I expected, this was by no means an ordinary rock n’ roll show. The whole building was packed but all the patrons were seated, mesmerized by the maestro on the stage in front of them.

With a variety of Ibanez guitars, Steve Vai moved his fingers along the neck with ease and grace. Between the slowest and fastest lines of musical poetry, the room was so quiet you could hear a pin drop.

After a few songs, Vai takes the mic and explains why this tour was postponed and tells a story about being injured while making pizza. Sharing this story humanized this guitar god and gave audiences a moment to pick their jaws up off the floor.

The band go back to 1995 for Tender Surrender from the GRAMMY award-winning EP, Alien Love Secrets. Fast forward in time, we were back to new material from Vai with Lights Are On, released in 2016 and Candlepower from this year’s album.

Unlike most bands, not only was the set filled with Vai’s instruments, but it also featured standout solos for each of the band members. Starting with a bass solo from Phillip Bynoe, followed by a guitar solo from David Weiner, and last but not least, drummer Jeremy Colson with a heartbreaking drum solo later in the set.

Throughout his two-hour career, Steve Vai rocked a collection of fine Ibanez guitars, but of course the highlight was his brainchild, the Hydra. This mystical instrument features two guitar necks, a bass neck and a variety of harp-like gear.

After more than three decades in the industry, 15 million albums sold and three GRAMMYs, this is one of the most unique creations of Vai’s career. The evening ended with a heartbreaking performance by Fire Garden Suite I – Bull Whip.