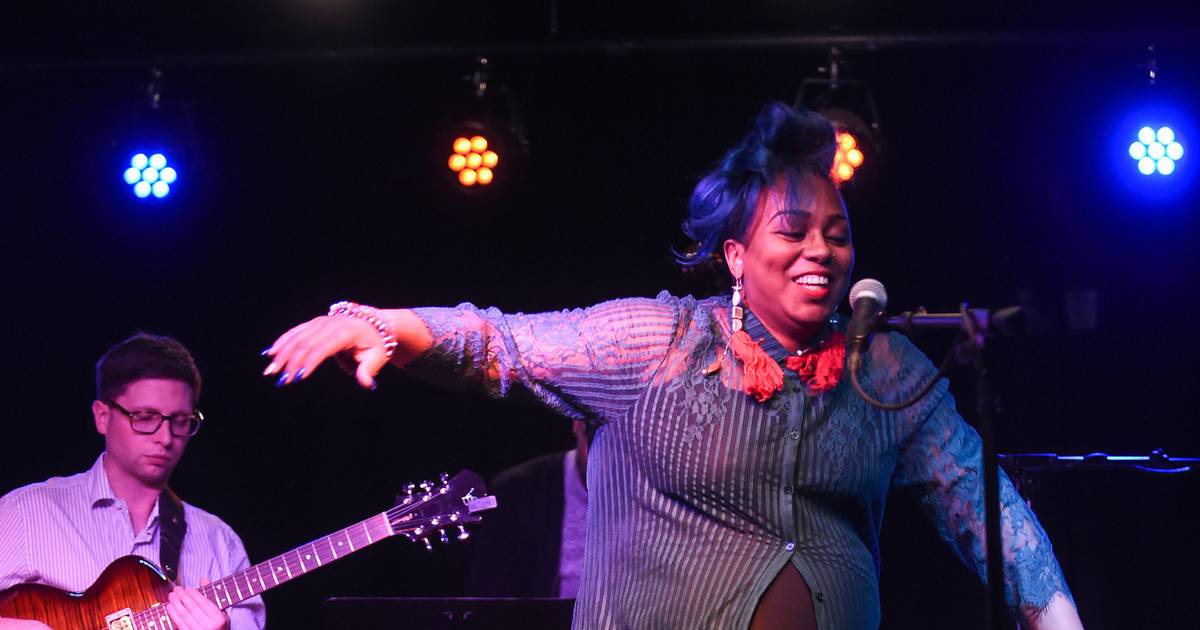 This week, we’re “pressing” artist Brinae Ali, who is using grant money to dig deeper into the life of a Baltimore-born tap dancing legend. Go behind the scenes with a local native who works across the country as an actor and producer, but still maintains that there’s no place like home. Discover how a famous photographer appropriates the work of a photography icon and relays the realities of social justice movements in his new book “No Justice, No Peace”.

While a native of Flint, Michigan, the Baltimore-based artist Brinae Ali continues to draw inspiration from Charm City and its gems.

“As a tap dancer, I’m excited in a space where one of my tap dancing icons is from…and Baby Laurence, he’s from Baltimore,” Ali, 40, said. “Being here, I’ve always had this determination to get closer to him, to find out some of the missing pieces of his life – his story.

Alongside his work as a member of the Billie Holiday Center for Liberation Arts and a member of the Baltimore Jazz Collective, Ali had previously worked on original projects to honor the late “Baby” Laurence Jacksonthe legendary Baltimore-born tap dancer who performed with the likes of Charlie Mingus and Count Basie.

Ali, who recently received a grant from the National Dance Project, said she plans to use the funding for the “Baby Laurence Legacy Project”. Its goal is to showcase the artist’s legacy through workshops and performances that will help residents understand a fellow Baltimore’s major contributions to dance and jazz.

“Baby Laurence himself was an advocate for jazz dance and culture, at a crucial time,” she said. “And he was definitely a bebop dancer… people don’t associate dancing with bebop and that kind of jazz music.”

As a teaching artist, Ali said she was inspired by Baby Laurence’s dream of creating an institute for students to learn the fundamentals, techniques and history of tap dancing, a goal that the legendary figure failed to achieve before dying of cancer at age 53.

“He certainly struggled and suffered…and it was at a time in his life where he was back, getting the attention and support of everyone who knew how awesome he was.”

Ali will perform at Jubilee Arts on November 11, where she plans to preview her Baby Laurence project.

No matter where he goes, the Highlandtown-born actor and producer Vincent de Paul keeps Baltimore close.

“I’m detoxing from LA and all these other places in Baltimore and that really motivates me,” De Paul said. “I really like it here.”

De Paul, also known as his producer, Salvatore Vincent De Paul Zannino, has several new projects in the works, including one with local ties.

“Nothing’s Impossible,” a “feel good movie” about overcoming obstacles, is now streaming on PureFlix.com, De Paul said, noting that it was featured on the religious and family entertainment platform by a Towson University graduate and screenwriter. Timothy Ratajczak.

Her second project combines a love of fashion and cinema. De Paul, a former Versace model, produces a new documentary about artists who worked with the famous designer Gianni Versacekilled in 1997.

“The Genius of Gianni Versace Alive” is De Paul’s tribute to the designer, to whom he credits the impetus for his career. After a positive reception at Milan Fashion Week last month — and a reunion with Donatella VersaceGianni’s sister, at the Versace fashion show – De Paul said he plans to take the documentary to film festivals.

Upcoming projects include ‘The Chop Shop’, directed by a local filmmaker Irv Becker.

Plan your weekend with our picks for the best events, restaurant and movie reviews, TV shows and more. Delivered every Thursday.

“I’m very excited,” De Paul said. “This is a hair salon here in Maryland, and I love it because it’s local talent.”

Devin AllenThe second book in “No Justice, No Peace: From the Civil Rights Movement to Black Lives Matter,” offers readers an intimate perspective on the struggle for justice through photos and stories.

The Baltimore photographer juxtaposes his work with that of the famous civil rights photographer Gordon Parkswhich captured American culture and race relations from the early 1940s to the 2000s. Parks’ work inspired Allen, whose “artivism” has graced the cover of TIME magazine and is featured in the Museum’s permanent collection of African-American History and Culture from the Smithsonian.

“[Parks] once said, “I took a camera because it was my choice of weapon against what I hated most in the universe: racism, intolerance, poverty. I didn’t know it at the time, but the camera would also be my choice of weapon,” Allen wrote in the introduction to his new book, out Oct. 11.

The photographer has spent the past seven years capturing Baltimore’s activism – from Freddie Gray at George Floyd and beyond. In 2017, Allen became the first Gordon Parks Foundation Fellow.

“I have since committed my photography and my art to solving problems in my community and raising the voices of the unknown,” he wrote.

With photos of Parks and Allen, ‘No Justice, No Peace’ features words from writers and activists, including a local author D. Watkins. The foreword is by the famous New York photographer Jamel Shabazz.