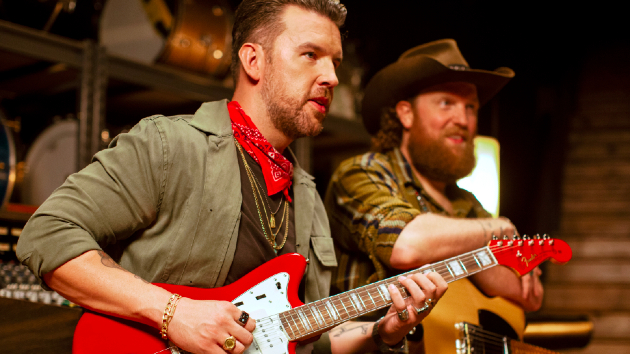 For Osborne Brothersworking with Fender on their American Vintage II series of guitars is a dream come true.

Fender celebrates the iconic electric and bass axes of the 50s, 60s and 70s, with each instrument getting a modern upgrade in the retro line.

The Osborne Brothers are one of the musical groups participating in the campaign featuring these updated instruments.

Throughout his career, John Osborne played plenty of older guitars, noting how easy Fender is to fit a brand new one into his typical gig rotation.

“The great thing about the Fender American Vintage Series is that they’re built to vintage specs, and most of the instruments we play are vintage,” says John. “After a while you get used to how a certain era feels. So the adjustment period is much quicker on a vintage spec guitar like Fender is doing now.

As a young musician, TJ Osborne not only longed for the day he could have his own Fender Telecaster, but also dreamed of starring in one of their commercials, as he flipped through Guitarist magazine.

“I couldn’t afford one and would just have to think about getting a Tele. Now John has a full arsenal of them,” TJ recalled. “I had this epiphany while we were shooting a lot of teasers for it. I was like, ‘That’s really cool.’ …that’s all it takes to win an award,” he remarks. “It’s just one of those moments.”

Part of the new campaign is a four-part video series featuring the artists performing original songs, as well as covers from each decade of the American Vintage series.