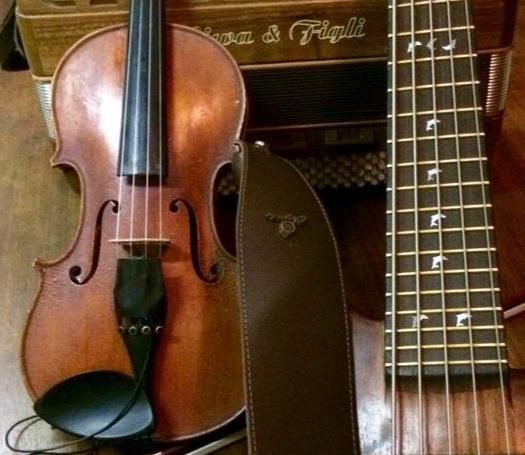 South African violinist Petrus De Beer is begging the public to keep an eye out for his 126-year-old violin, which was stolen from his parked car on July 22.

“My dear violin was stolen tonight from my boot in the ‘secure’ parking lot at Heritage Square,” De Beer said on social media. ‘I am totally devastated. No words. The damage is incomprehensible… It’s as if a piece of my heart had disappeared.

De Beer is offering an undisclosed reward for the safe return of its instrument. The violin has sentimental value to De Beer, given to him by his mother shortly before her death.

Unique features of the instrument include a cracked varnish on the end of the neck at the volute, resembling “crocodile skin”.


De Beer’s colleague at the Cape Philharmonic, Louisa Theart, took to social media to provide practical advice for those looking for the violin, which may appear in local thrift shops: “Ask owners [of a second hand shop] has anyone sold a violin here in the past few days?

‘Look in the instrument section for the violins and check the name “Leon Fischesser” and the date 1896 inside the violin.

‘Talk to the owners and staff of the violin you are looking for, some people will take offense if you imply that they may have stolen property, so be nice. But be sure to make an impression regardless, you want them to remember THIS violin.


French luthier Léon Fischesser (1861 – 1937) worked in Geneva, Staufen in Baden, Mulhouse, ending up in Paris working for Faubourg Poissonière and Avenue de Villiers in the early 20th century. The highest price paid for one of his instruments was £10,800 for a 1906 violin, in March 2011.

Anyone with information is asked to contact Sergeant Bottoman-Ozoani at Cape Town Central Police Station.

Pick up these 5 stocks as August retail sales rebound – September 19, 2022