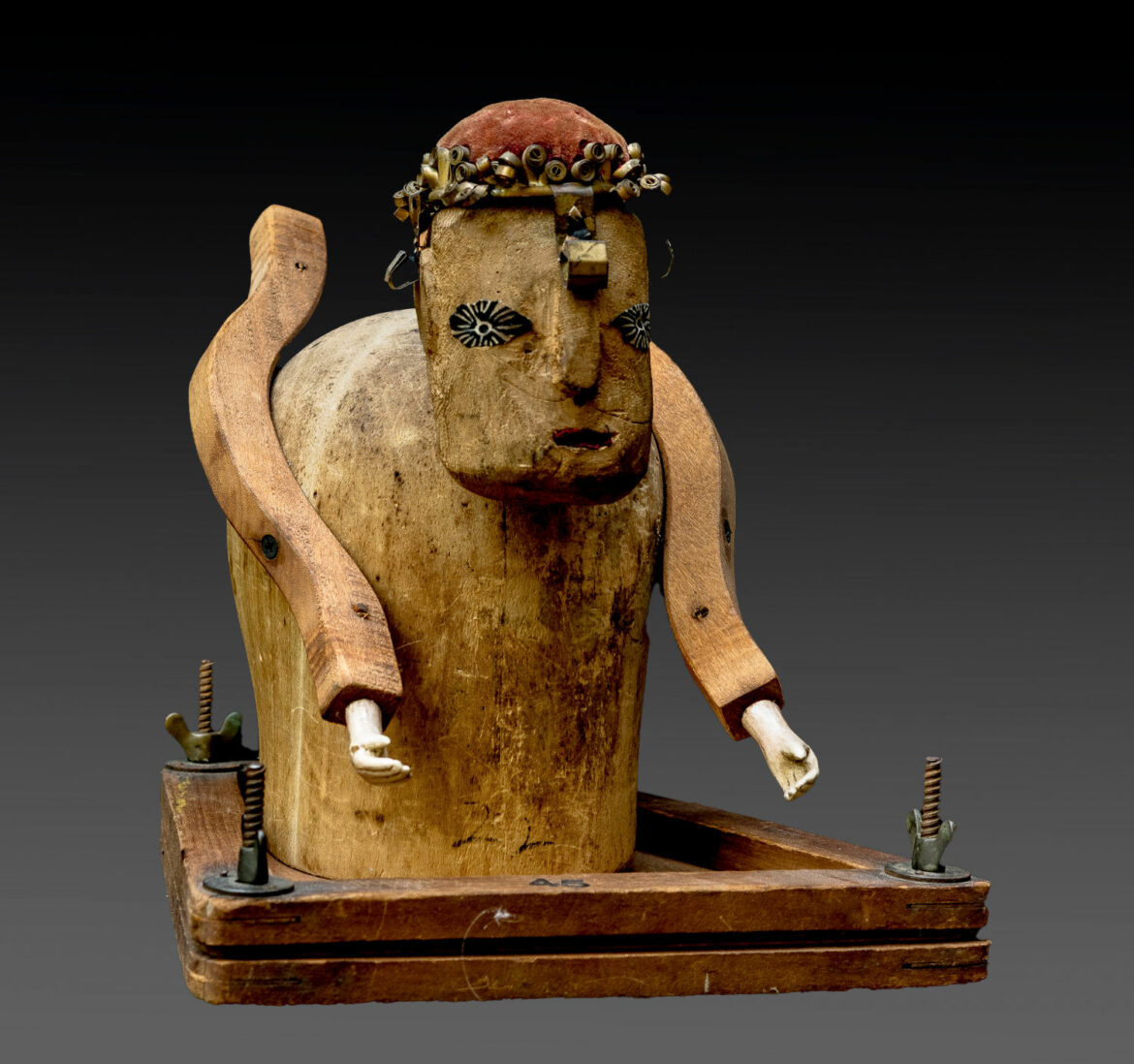 MENDOCINO Co., 11/14/22 – This week we are featuring four unique events that represent the diverse cultural tastes of Mendocino County. On the coast, you’ll find the eccentric artistry of a Comptche artist, a blues legend in concert, and the fascinating traditions of Mendocino burial customs. Inland presents the return of modern dance to the stage after two years. It’s also a last chance to enjoy a touch of creativity and calm before holiday obligations fill our diaries. Don’t miss my weekly live music roundup here.

Thursday November 17: Embrace your inner weirdness at this Fort Bragg art exhibit
Hans Bruhner, a Swedish-born, Comptche-based assemblage artist, died earlier this year, and Partners Gallery is holding a retrospective of his work titled ‘Odd is Good’. Bruhner traveled the world to acquire items found in junk heaps, antique stores, garage sales and back alleys. He took his findings back to his Comptche workshop, which his wife Anne Bruhner called “a brocante”, and created mythical creatures from old wood, leather and metal as well as Dada-esque wall hangings with photos and fabrics. Bruhner’s work is surreal, fascinating, and shows how one man’s bric-a-brac is another man’s treasure. “Odd is Good” runs now through December 2, 2022 at Partners Gallery in Fort Bragg, Thursday through Monday, 11 a.m. to 5 p.m.

Friday, November 18: Explore the art of modern dance at Ukiah
After a two-year hiatus from live performances, the Mendocino College Repertory Dance Company returns to the stage with “Perspectives,” a collection of new choreographic works. Whether you are an avid modern dance fan or new to the field, this dance night is an opportunity to orient yourself to this art form, which casts a wide net across genres, music and technique.

The performance is a who’s who of Mendocino County dance talent: Trudy McCreanor, director of the Mendocino Ballet; Kara Starkweather, director of the Mendocino Dance Project; Paloma Rodriguez, originally from Puerto Rico and teacher at the Mendocino Ballet; and Eryn Schon-Brunner, who was born and raised in Willits and teaches dance at Mendocino College. “Perspectives” also includes new work by Cirque du Soleil collaborator Stefan Haves. The exhibition includes works that explore physical interactions after years of social distancing and the complexity of visual impairment. It also includes a comedic combination of Christmas and condiments and a Brazilian Lambada dance party. All ages, 7 p.m., $10-$15, 7:30 p.m., CPVA Theater, Mendocino College, 1000 Hensley Creek Rd, Ukiah. The show runs until Sunday, November 20. Buy your tickets here.

Saturday, November 19: A blues legend graces the Point Arena stage
Arena Theater continues its Blues on the Coast series with two-time Grammy-nominated Chicago blues icon John Primer. Born in Mississippi into a family of sharecroppers, Primer moved to Chicago at the age of eighteen and began working on Maxwell Street, where the Chicago blues was born. He formed his first band in 1964 and eventually became a fixture on the Chicago music scene, singing and playing guitar alongside Buddy Guy, the Rolling Stones and Magic Slim. He was also the bandleader for Muddy Waters. Primer has received two Grammy Lifetime Achievement Awards and is a member of the Chicago Blues Hall of Fame. As Primer says of himself “You can’t paint the blues without Primer.” He will be joined by harmonica player Bob Corritone. All ages, 7 p.m. $25, Arena Theater, 214 Main St., Point Arena. Tickets on sale here.

Sunday November 20: Explore the macabre world of Mendocino’s mourning customs
Halloween may be over, but the cycle of life continues and humanity’s fascination with death remains. This concern and the rituals that underlie it are at the center of the Kelley House Museum’s “Good Mourning” exhibition. The exhibit showcases the Mendocino County burial customs of the county’s many diverse cultures, including the Pomo, Chinese Taoists, and Victorian pioneers. Highlights include artifacts and the story behind Cannarr Funeral Home, a woman-owned funeral home in Mendocino; the dramatic feud between two pioneering undertakers; and Pomo basketry used in burial practices. Add a private tour of the Mendocino Pioneer Cemetery ($20 per person, two people minimum) during which you’ll learn the stories behind those buried there. I recently took a tour with curator Marguerite O’Brien, and it not only provided additional context to the exhibit, but changed the way I view Mendocino’s architecture and history. “Good Morning” runs now until November 27, 2022 at the Kelley House Museum. Admission is free with a suggested $5 donation. The Kelley House Museum is open Thursday through Sunday, 11 a.m. to 3 p.m., (707) 937-5791, 45007 Albion St., Mendocino.

Got an event you’d like me to consider including? Email me at [email protected].