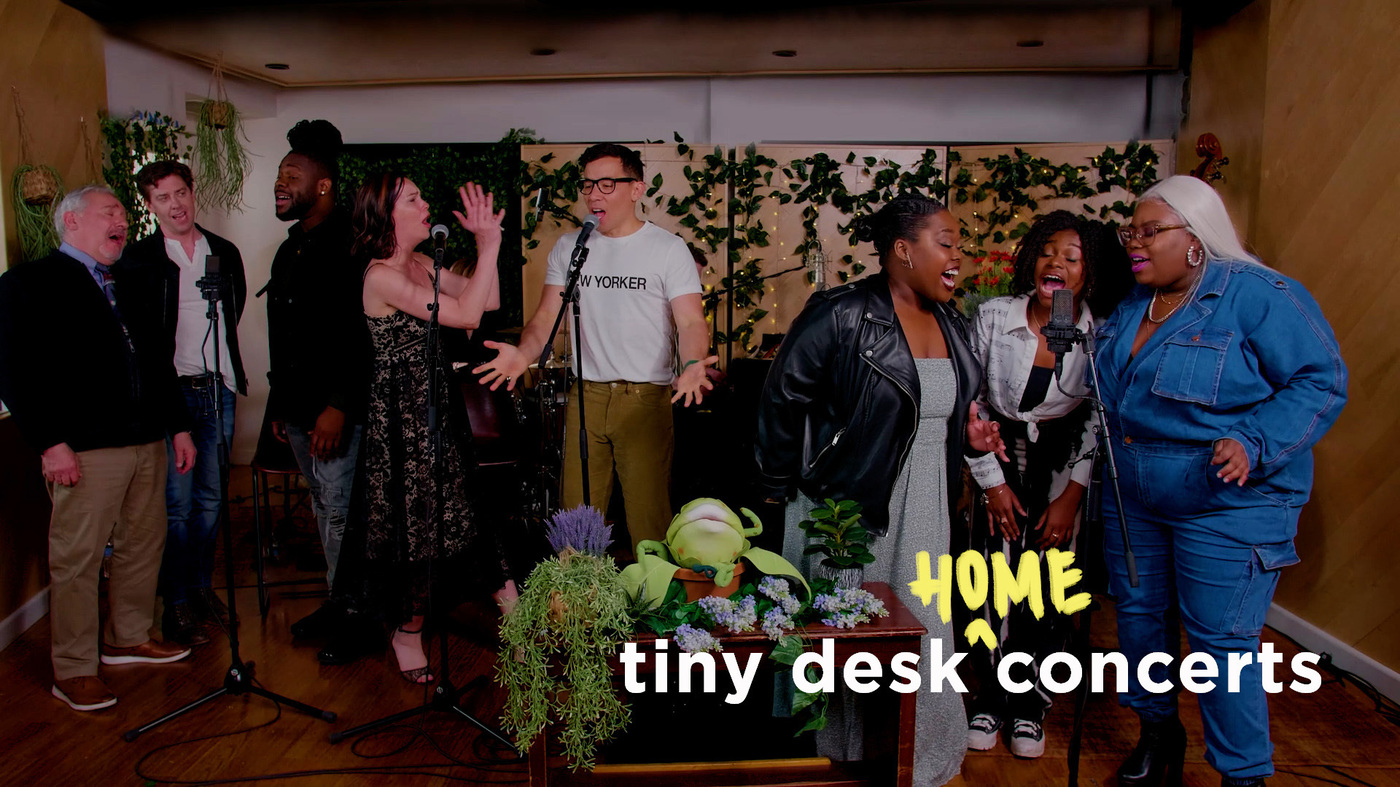 The Tiny Desk is working from home for the foreseeable future. Introducing NPR Music’s Tiny Desk (Home) Concerts, bringing you performances from across the country and around the world. It’s the same spirit – stripped down decor, an intimate setting – just a different space.

Composer Alan Menken beams with pride as he presents the Little Shop of Horrors Tiny Desk concert (at home). May 6, 2022 marks the 40th anniversary of the show’s first production. Menken is joined by the stellar cast of the current off-Broadway revival, which won Drama Desk, Outer Critics and Drama League Awards for Best Musical Revival. They perform a cheerful medley of five earworm-filled tunes from the cult classic. During the little gig, Menken shares anecdotes about working with the show’s late lyricist, Howard Ashman. It’s obvious how much they enjoyed working together hearing her reminisce.

It may come as a surprise when the composer sits down at the piano to sing “Somewhere That’s Green,” one of the most iconic songs usually sung by the show’s female lead. It’s a melody he admits you might recognize The little Mermaid. “It’s one of the first songs that Howard and I wrote for Little Shop,” Menken explains. “It’s kind of the classic ‘I want’ song, a phrase that Howard [Ashman] would use a lot, especially when we were constantly talking about our Disney movies. … When we wrote “Part of Your World”, we jokingly called it “Somewhere That’s Wet”. “Good artists copy; great artists steal (from themselves, if they are clever).

The joy the actors share in performing these wonderful songs with their composer is palpable. If you’re planning a trip to New York, do yourself a favor and book tickets to this heartfelt production, which should be running at the Westside Theater for a long time.