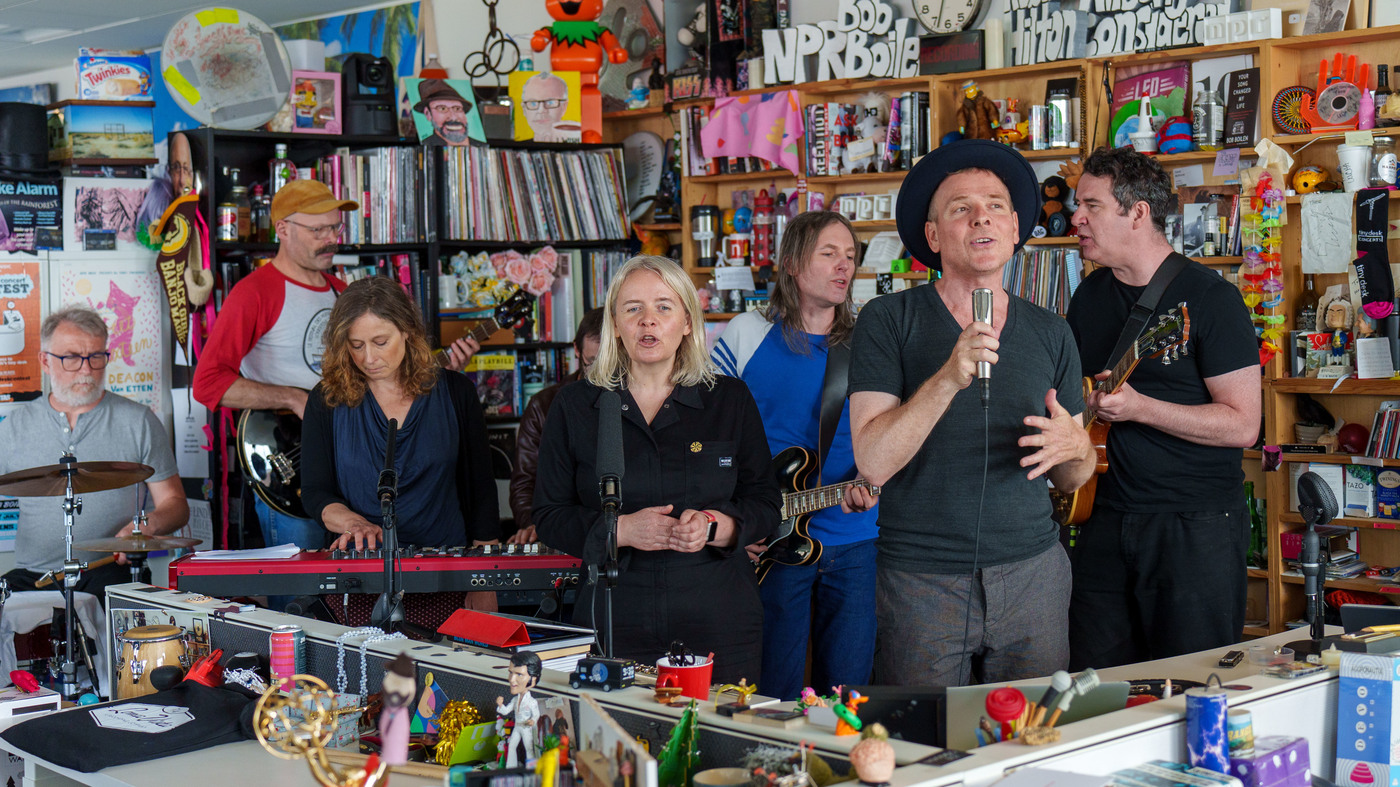 Now that we’re back filming the Tiny Desk gigs behind my desk at NPR, I witness that nervous energy that surrounds most artists who are about to perform in an office, in the light of day, with fans a few yards away. That was surely the case for the eight members of Belle and Sebastian when they kicked off their warm-up with “Unnecessary Drama.” It’s the title of a track from the group’s fabulous new album A bit of precedent and not my description of what was about to unfold. Although I can’t deny the tension.

You see, we don’t amplify the singer’s voice in the room and we don’t use monitor speakers. This all adds to the intimacy of the performance, but it also made it difficult for Stuart Murdoch to hear himself sing. In fact, he started wondering if having a set of drums, keyboards, guitars, bass, etc. was good for the Tiny Desk and considered giving it all up in favor of him and a guitar and maybe another player. But with a little work on the overall band volume, a few rehearsals and the comfort of a handheld microphone, the Glasgow band sounded lovely and beautiful.

Belle and Sebastian performed three songs from A bit of precedent his ninth album excluding two soundtracks. The band ended their delightful set with their classic track “Judy and the Dream of Horses” from If you feel sinister, an album which has just celebrated its 25th anniversary. With questioning lyrics and youthful imagery, a guest trumpeter and a gallop in the beat, Belle and Sébastien gloriously made their dramatic mark at the Tiny Desk.

Biopics of the highest-grossing musicians – Billboard