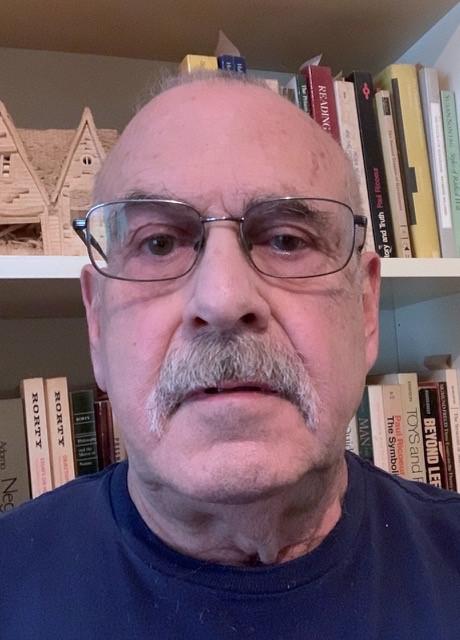 If the San Antonio Symphony survives its current crisis, we can be sure that another will follow in a few years, then another, and another.

Not “unless the symphony learns to live within its means”. Not “unless musicians learn to live without eating”. High costs are not the problem; it would be more correct to say that the reduction in costs has exacerbated the financial difficulties.

The only path to solvency is a massive increase in contributions and grants, which so far have hovered between pathetic and pitiful.

A community’s gross domestic product is a rough measure of its ability to support nonprofit organizations, including a symphony orchestra. How are we?

Kansas City, Nashville, and Columbus, Ohio all had lower GDPs than San Antonio in 2018. Contributions and grants to their orchestras for the 2018-19 season ranged from $ 6.1 million (Columbus) to $ 9.7 million. million dollars (Nashville), according to their IRS statements. . The average of the three was $ 8.2 million. Total contributions and grants to the San Antonio Symphony this season: $ 3.6 million. If the symphony council can’t scare away an annual income of $ 5 million – still a meager number – it doesn’t try.

Suppose the donors come to the rescue and the orchestra is not reduced to two violas and a kazoo. If a return to solvency is all that is done, the rescue will be short-lived. This is because the one thing the symphony has a lot of, aside from musical talent, are empty seats.

For its first season at the all-new Tobin Center for the Performing Arts, 2014-15, the symphony reported $ 3.3 million in “program service revenue” – mostly ticket sales – on its tax return. The hall was almost full for most of the concerts. For the most recent full season, 2018-19, revenue was only $ 2.3 million and attendance typically ranged from 800 to 1,000 in a 1,700-seat venue. Empty seats therefore rob the orchestra of more than a million dollars a year. Worse yet, empty seats are a signal to potential donors that their donations to the symphony are not being used effectively.

People don’t go to symphony concerts for many reasons, but the main reason is this: they don’t want to. The symphony is just not for them. It’s not theirs.

Before, it was for everyone. Recordings, radio, sound films and the first televisions brought symphonic music and opera to the whole country, and the whole country listened to them with jazz, country and Tin Pan Alley. The great Wagnerian soprano Kirsten Flagstad made an appearance in the film “The Big Broadcast of 1938”, along with comedy icons WC Fields and Martha Raye. Violinist Mischa Elman has appeared in television comedy shows. Arturo Toscanini, Jascha Heifetz, Arthur Rubinstein and Enrico Caruso were rock stars, so to speak.

But rock’n’roll and its more evolved progeny dominated the celebrity space from the 1950s onwards. Chuck Berry’s “Roll Over Beethoven” was released in 1956 and foreshadowed the day when rock star status would be predominantly reserved. to rock stars.

Some American orchestras have succeeded in restoring a feeling of belonging to a large audience. The San Antonio Symphony has not been entirely absent from this battlefield, but neither has it been fully present. What should he do?

First – and I’m only saying this partly as a joke – the symphony should make a big bonfire out of all the Fred Astaire costumes that the men in the orchestra have to wear to concerts. Or maybe keep them, but only for Halloween. After all, we are in the 21st century.

Second – and I say this with the utmost seriousness – the word “classical” should be banned from the vocabulary of all those associated with the symphony. The term is largely inapplicable to almost anything that has been composed over the past 200 years, and that is the bulk of what the symphony plays.

In contemporary American culture, “classical music” is too often derided like an attic trunk filled with dusty relics by dead white European men. This is simply not true. The reality is that living composers and performers of all shades and backgrounds are leading music in a multitude of new directions and narrowing the distance between popular forms and music that should once be known as classical. All they have in common with Mozart and Beethoven is a penchant for pushing back old norms and expanding the expressive possibilities of music.

Third, I will support a maxim that has been repeated over and over again, usually in the stern, gruff voice of a banker: “The symphony must function like a business”.


Yes! And what do you call a company that does not invest enough in research and development, or in R&D? You call it a business that goes bankrupt.

For a symphony orchestra, R&D requires a deep intellectual curiosity for all the varieties of music that are meaningful to communities beyond the main audience of the symphony orchestra, and to the musicians who compose it. If you listen without prejudice to recent hip-hop, jazz, indie rock, Tejano or more, you will discover areas of convergence with music formerly known as classical. These convergences can give rise to mutually respectful collaborations.

The communities with which the symphony must connect are not defined solely by ethnicity. Cutting-edge fields such as games, computer animation, and biomedical research also have potential for artistic partnerships.

Building bridges costs money. At a minimum, the symphony needs a full-time artistic bond, developing relationships with these other communities and looking for ways to create something new together. The symphony cannot be satisfied with easy and superficial gestures of inclusion.

Fourth, as the symphony contemplates candidates to succeed Sebastian Lang-Lessing as musical director, it should favor conductors who are comfortable on a variety of musical paths and who are committed to building on the common ground that they share.

One more thing: By the 2018-19 season, the San Antonio Symphony had achieved a polish and agility that I wouldn’t have thought possible 30 years ago. The recent musical directors – Lang-Lessing, Larry Rachleff and Christopher Wilkins – deserve great credit and thanks for having considerably raised the technical level of the orchestra. Well done everyone.

Yet I wonder how long the San Antonio Symphony will be the only major orchestra in Texas that has never had a Hispanic music director. I’m just saying …

Mike Greenberg was a senior critic for the Express-News from 1981 until his retirement in 2008.