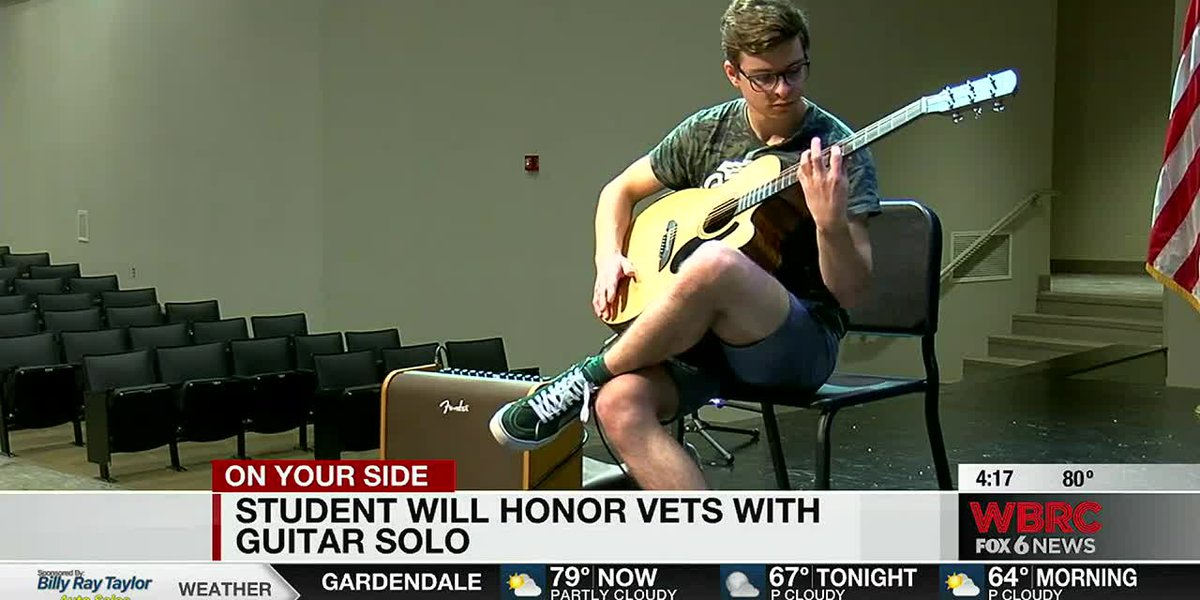 The Ukrainian exchange student will perform a solo at the school concert honoring Alex Drueke and Andy Hyunh.

Drueke and Hyunh are surprised and moved that such an event is taking place in their honor and it all starts at 6 p.m. at UA’s Moody Music Hall.

His name is Tym Polkovnichenko, originally from Ukraine and an exchange student at Northridge High School in Tuscaloosa, and an emerging master in what he calls his “percussive fingerstyle” on guitar.

At just 16, Polkovnichenko understands what Druke and Hyunh have sacrificed.

“I really appreciate the fact that they fought in my country, their bravery, and I want to thank them by playing the song,” Polkovnichenko said.

Drueke is always amazed by the kindness. He had no idea this was planned and plans to attend the concert with Huynh. Drueke is certain that both will be affected.

“I was definitely surprised and it’s just a real honor. I will be thinking of many things, good and bad,” Drueke said.

Hours away from concert and solo, Polkovnichenko is honing his skills, honing a melody that means a lot to him as it reminds him of home and hours away from sharing it with two former POWs.

Alex Drueke and Andy Hyunh spent over a hundred days in captivity.

Receive news alerts in the Apple App Store and Google Play Store or subscribe to our email newsletter here.