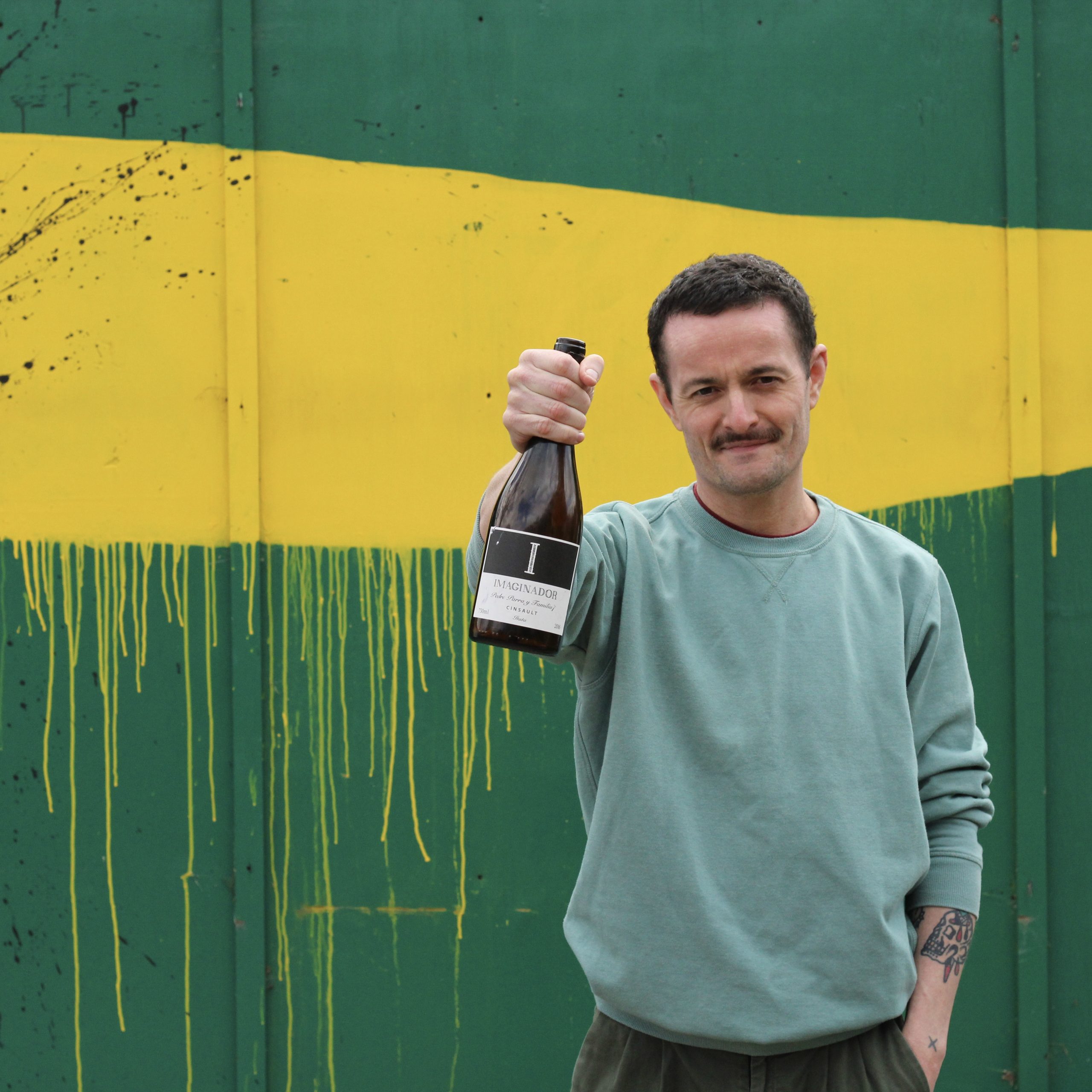 Playwright, stand-up comedian and passionate and truly unforgettable sommelier at Leroy, Shoreditch tells Douglas Blyde how he “swung wildly between failure and success”, a distrust of “natty juice parties” and sapid encounters with a “storm in a teacup”…

Where do you come from?

What is your vintage?

Thought it was rude to ask a lady her age – let’s just say any early 80’s Champagne would be a go-er… And if you find a dusty 1983 Jacquesson & Fils Signature at the bottom of the cupboard, good luck!

What is the story behind the name of the restaurant?

When we opened, the restaurant was called Ellory. It was on the ground floor of the Nettle Building when Hackney was still a little sneaky. Not sneaky in an 8-pound bread-for-a-loaf kind of bread, but sneaky in a fun/exciting/dangerous/sexy/high-crime/lower-class/2-pound-for-a-bread-load kind of way. No matter how hard we tried, how successful, or how many charms we had, more often than not the cups would call out to the restaurant or walk through its glass door and ask, “Is that Leroy?” and we would say ‘No. It’s Elory. And so… like the great Ray Kinsella (skillfully played by Kevin Costner) in the cinematic opera that is field of dreams once assumed ‘We will always have Paris.’

Where did you work before?

I worked and ran the cellar of an overly successful steakhouse chain in the great empire of Britain whose name I dare not pronounce for fear of reprisals and not to further disrupt the vegan cart. Prior to that, I moonlighted as a sommelier and occasional playwright in Sydney for most of my twenties. And before that, I swung wildly between failure and success in the outdated, disconnected public school system down under.

What was the first wine that impressed you?

Nieves Castle. A Barbarian. I don’t remember how old he was, but I was young (and handsome) (and happy) (and the world was at my feet otherwise at them). And that moved me. I had never tasted, encountered or been enchanted by something that married so beautifully and power, that captivated the senses and pulled the heart so much. It was strawberry and smoke. There were flowers and sand. It was ugly and beautiful at the same time. And I was hooked.

Like many of us Lives. He moves and breathes. I firmly believe that wine is a grocery store and as such it moves and breathes. We buy and sell a lot of wine at Leroy and the program kind of like the juice in the bottle moves and breathes. Our glass menu changes every two days. If a guest likes a wine, we can break it up and serve it by the glass, worry-free. There’s a flexibility here that I haven’t experienced anywhere else, on either side of the bar, and that’s a lovely thing; something that lives and breathes and (rightly) might even die one day.

Which style do you have trouble getting along with?

Natty juice. I think the celebration of naturalness for the love of cider needs to stop. I am not a purist. Or a classic. I love biodynamics as much as the next overworked, underslept sommelier. I like wines that are not encumbered with additions or subtractions. I like natural movement. I am a defender of it. But, enough with the natty juice parties and the proliferation of bad wine sold as brave farming. Enough with wine that shows nothing of place, craft or person. Enough with the natty piss.

What’s been a standout drink and food pairing at Leroy?

Last year we organized a delicious foie gras parfait during the winter/Christmas period. It was amazing. The people in the kitchen make homemade brioche. They poured a mountain of pinkish, brownish, flesh-colored foam into it. They scattered frigola grapes on it. It was classy and rude and morish and everyone loved it. And I always put a touch of Tokaji to accompany it. Soft. Livery. Liberator.

Do you bring your stand-up comedy experience to the restaurant?

I think it taught me to treat every table like a small audience – capable of throwing up rows on a whim and unappreciative of my genius, however important that may be.

How does music influence the enjoyment of wine?

I used to play music in the basement of my old job. People always thought I was playing for myself even though I played there all day, every day. I always told people that I was playing for the wine. What I was. I like to think it made a difference. I like to think the old bottles were less lonely and more delicious because of it. Because they had felt something, because they had learned something. Puccini. Iggy Pop. Rufus Wainwright. Rachmaninoff. Bob Dylan. Brahms.

At Leroy, we craft the eclectic collection of vinyls from our fearless frontman Ed Thaw. It’s one of many cords in our little corner of the world. And it’s more important than it seems. A playlist can make or break a service. A voucher can lift the pleasure of guests from each other, from food, from grapes. A bad one can kill him.

Are you excited by spirits?

I’m an old vodka witch. Love, love, love Tsipouro which is the best version of brandy you will find anywhere. Stay away from unnecessarily anesthetized versions. You want tall drinks and bright sunshine, the sea nearby, and second-hand cigarette smoke swirling around you.

What moves you more, coffee or tea?

Well, coffee actually moves me, but I’m much more of a tea drinker. The original Fortnum & Mason Earl Gray house mix had a little lapsang souchong for good measure which they sell today as Smoky Earl Grey. It’s a real storm in a teacup – if a storm were perfect – and the most satisfying (non-alcoholic) thing to ever cross your lips.

What did Leroy’s critics say?

I remember reading somewhere that someone once wrote about badness and noise. That was a few years ago, before my time. While these things prevail, they prevail alongside a swanky old-fashioned menu and a huge cellar of nothing but firecrackers. It was probably Grace Dent. It was probably The Guardian.

Who should potential team members contact if they want to join Leroy?