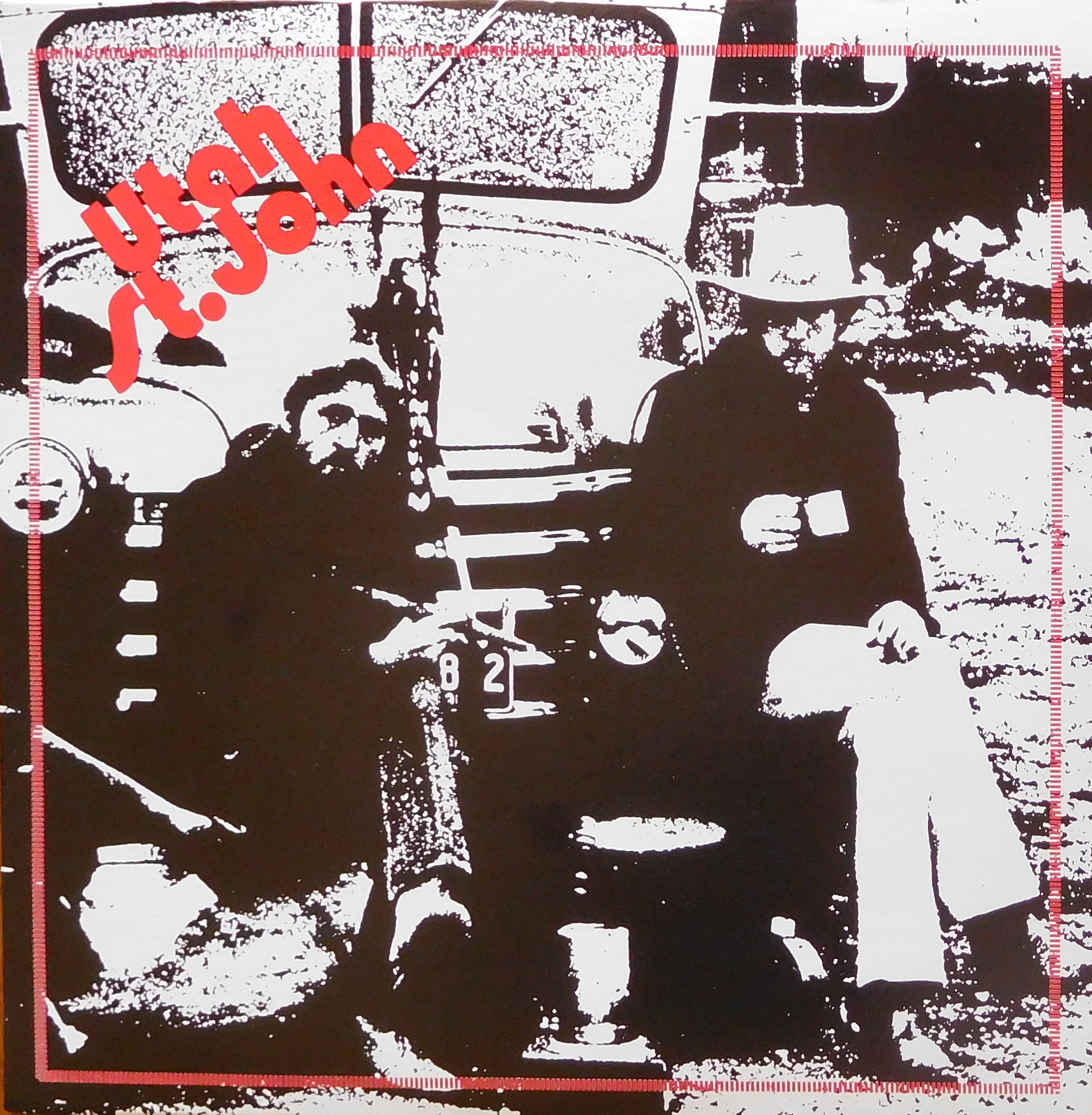 Recently, I received a message from longtime NOCO drummer and percussionist Bob St. John. St. John and “Utah” guitarist and songwriter Mike McGuffey formed the duo Utah St. John, playing live gigs in the Front Range and founding their own recording studio – Pendragon – in the 1970s and 80s .

St. John called for help. It turns out that the Utah St. John album he and McGuffey released in 1981, “Short Stories,” took on a life of its own in the world. In fact, it appears that a source posted the record online and distributed some 3,000 copies. Unknown to McGuffey and St. John, the album has become a collector’s item.

St. John thinks that if so many people are interested in music, then he and McGuffey should get involved. But the music industry has changed so much since they released their vinyl album that they need help navigating the new world of downloads and streaming.

Updating “short stories” into the 21st century is a laudable project. The file is charming. St. John and McGuffey make light and airy acoustic music – and in a world of mega-productions and big sound, it’s a breath of fresh air.

There is an acoustic brilliance in the air and generally a positive attitude. But this is not “simple” music. There’s a real flair to the nimble guitar work and the precise interplay between guitar and percussion. To me, the earthy vocal harmonies are very reminiscent of The Grateful Dead.

One track – “Memories” – even exceeds the edge of hard, electric rock, but most of the album reminds me of a nice balmy afternoon, sitting in the grass while enjoying a band that comes up with songs optimists that accent – ​​not too much power – a good day.

If you’re well-versed in all things modern in the music world, Utah St. John would love to hear from you. If you want to help, contact us and we will put you in touch with them.

Rediscovering Utah St. John’s “Short Stories” made me think of other NOCO LPs in my collection that might also be collectibles. So I dug into my LP collection and found several likely candidates:

Bard Hoff – “Do It Yourself”

From 1978, this is the first NOCO LP that I could find in my pile. It’s a jazz record and Hoff is the standout guitarist keeping this thing centered. Hoff is a confident and creative player, showing great dexterity as well as a diverse approach to chords, attack and tone.

There’s also a diversity of music on “Do It Yourself,” from up-tempo fusion to jazzy vocal tunes to cool little combo sounds. I particularly enjoyed the combination of Hoff’s guitar and Jim Mick’s flugelhorn. Bassist Mark Heglund plays on this record and makes a guest appearance on the Utah St. John album. Hoff and drummer Dave Goodman would eventually join the band Kinesis.

Paragon Sound – “Mixin’ It Up”

This eclectic 1981 compilation was produced by Richard Pierceall and Tim Cook to feature a number of musicians who recorded their music at the Fort Collins recording studio, Paragon Sound. The tracks come from various bands and artists in the music scene of the day – Spoons, Images, Brent Hawley, Rosewood Canyon, Kevin Jones, Steve Strickland and Floyd Nemes – but there’s a lot of crossover.

Other interesting names also appear here, such as guitarist Chris Daniels, of Chris Daniels and the Kings, and dobroist Rick Bradstreet, of the Bluegrass Patriots. Two members of the band Kinesis, flautist Jon Anderies and trumpeter Rick Jordan are also listed. All of this speaks to a thriving music scene – and a whole lot of talent. Paragon must have been a busy place back then.

Wow. Kinesis established a watermark for NOCO music with their excellent 1981 album “New Life”. It’s a big band — eight musicians plus guests — and a big jazz sound. And you can’t argue with the recording quality – it’s the big leagues, recorded at the famed Caribou Ranch Studio.

It’s smart jazz fusion and everyone in the band can shine. It swings, it rocks, it surprises with cool sounds.

“New Life” is strong with the horns, but offset by rough, ready guitar work and a funky bass. The energy here is uplifting and impressive and the music is pretty much upbeat. You don’t nap while it’s on – more like glued to your seat. Liner notes by famed jazzman Louie Bellson help underscore Kinesis’ musical promise as a powerful unit.

The above are not just old records, but NOCO’s music history and are records worth having for that reason alone. But it’s also good music. Are LPs collectible? They certainly are if you like local and independent music.

Show your support for local journalism by helping us do more. It’s a kind and simple gesture that will help us continue to tell you stories like this.

Joan Jett hits back at Ted Nugent: ‘He has to be in this body, so it’s pretty punishing’