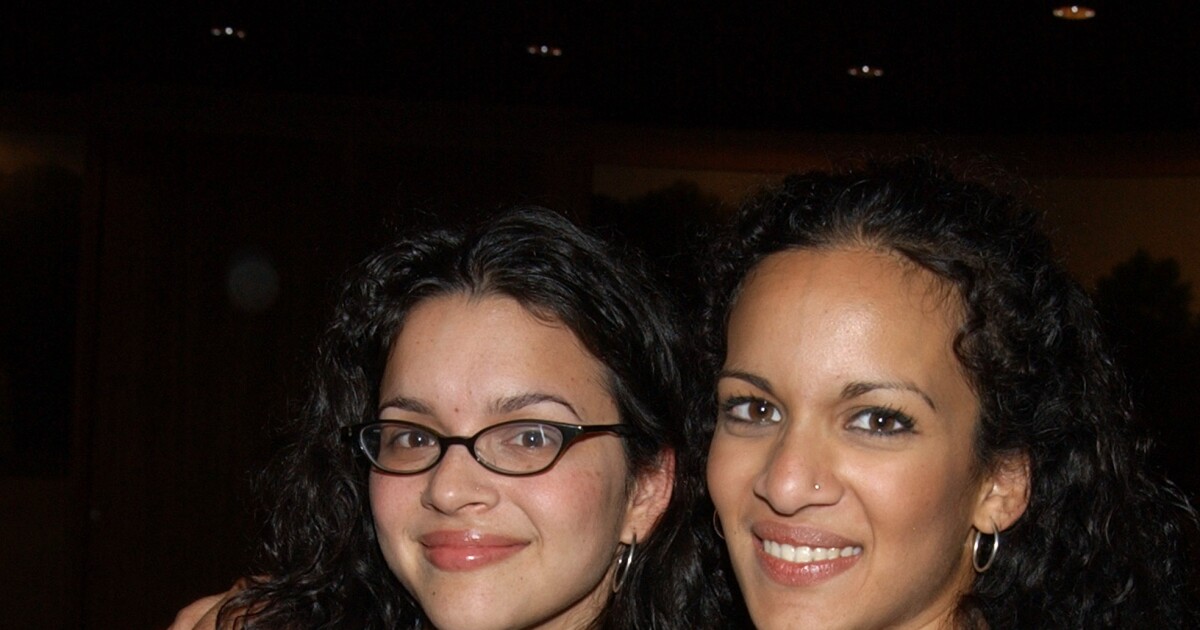 What did Norah Jones and her sister, Anoushka Shankar, do in Encinitas? “We often went to Target! »

Norah Jones is interviewed extensively in Friday’s San Diego Union-Tribune about the 20th anniversary of her 2002 debut album, “Come Away With Me.” It has sold over 27 million copies worldwide and won him six Grammy Awards.

Previewing Friday’s interview, in this bonus Q&A, Jones reflects more on her career, her rise to fame and why she loved shopping at Target while visiting Encinitas in San Diego’s North County. .

Q: Do you still have your alto saxophone? And if so, when was the last time you played it?

A: It’s in my closet and I probably haven’t played it since ninth grade. So, I’m afraid to open it, but one day…

Q: How cold was it at the top of the Empire State Building in January when you and your band performed The Beatles’ “Let It Be” and “I’ve Got a Feeling”?

A: It was freezing! I don’t know how we got out of it, but the recording sounds so good. We did it over Christmas when I was doing all the (videos) for my Christmas record.

Q: Was playing on top of the Empire State Building inspired by the Beatles having last performed in January 1969 on the roof of Apple Records in London?

A: I think it all started. I didn’t plan it; it was a record label idea. And, at the last second, I realized they couldn’t put a piano in the elevator of the Empire State Building! So we had a vintage Wurlitzer electric piano, which I loved. But when we climbed to the top of the building, there was something about antenna (frequencies) and we couldn’t use it.

Q: Have you dived into Peter Jackson’s extensive Beatles documentary “Get Back”?

A: I did a mini dive. I work my way through this. I waited for this tour to start so I could finish it.

Q: Are your children going on tour with you?

A: They come in part. They are more excited than anyone about the tour!

Q: I first spoke to you in early 2002 to preview your first tour, when you were opening for John Mayer. My wife interviewed you in July of that year and you had just performed at Paisley Park near Minneapolis at the personal invitation of Prince. Was it a “pinch me” moment?

A: Absolutely. I’ve had so many of these special things happen. It was so special for me to meet Prince, to play for him and to see him play. It was amazing! Larry Graham was playing bass with Prince at the time.

Q: Did you or Prince sit together?

A: We haven’t played together. But he was super nice and we talked about piano.

Q: Did he give you any advice?

A: Not really. It was a brief encounter. But the fact that he invited us made me so happy. I feel like (famous) people don’t give a lot of advice… It’s funny; I feel like artists are a bit shy to (give advice), even older ones who are already established, unless (you) ask.

Q: Ray Charles wrote so many great songs, as you know, and then he quit writing. I asked him what his criteria were for selecting songs by other writers, and he told me he felt he had earned the right to change the music, if he wanted. But he said if he didn’t immediately connect with the lyrics in a deep way, why bother? What are your criteria for retakes?

A: I’m not really looking for a lot of outside songs. In fact, I never do. Early in my career, (singer-songwriter) Jesse (Harris) was my best friend, so I was singing his songs, it was really cool and different. It was good for both of us. My bassist (on “Come Away With Me”) was Lee Alexander, and I sang his songs. We were a couple at the time and it was very natural.

I felt close to those songs even though I didn’t write them. I like to choose covers that I connect with in some way. People send me a lot of songs and I’ve felt a lot more inspired in the last five years as a songwriter than I’ve ever been. I’m not looking for outside songs. Sometimes a cover hits me to add to the mix and it’s always fun.

Q: What happened five years ago?

A: I started doing this thing where my plan was to release a (new) single every month, so I could collaborate with different people and push the music forward without worrying about a huge album release or that be stressful. You know, once I had kids, I wasn’t looking to promote an album for a year.

So I ended up doing something every few months with someone (songwriters) that I knew or didn’t know. And we would write songs together, record them and release them. Also, playing with Brian Blade on drums has been one of the most inspiring things of my life. He really brought my songs to life and we played more together on this tour, even though he played on my debut album.

Q: On the alternate version of “I’ve Got to See You Again” on your “Come Away With Me” box set, Kevin Breit is credited for playing “guitar, tenor banjo and microcassette”. It’s a credit I’ve never seen before on any album. What exactly was he playing on a micro-cassette recorder?

A: (laughs) I mean, my memory is vague, but I think that’s exactly what it sounds like. He was trying to play with something in the studio and I think he used it on the guitar to record part of the song.

Q: I remember you telling me years ago that one of the reasons you signed to Blue Note Records was that you were a huge fan of Cassandra Wilson’s albums for Blue Note and the production work of Craig Street. Did working with Craig inspire you to sign with Blue Note?

A: For me, yeah… I hadn’t even thought about record deals yet. I had just moved to New York and was trying to find my place as a New Yorker and as a New York musician. Once I was on the label, Cassandra’s “New Moon Daughter” was one of my favorite albums that (wasn’t) 50 years (old). It’s such a special album and she’s so special. His voice is so haunting and this album was put together with the beautiful production of Craig, with all these incredible musicians.

I was in love with Kevin Breit’s guitar on “New Moon Daughter” and I knew I wanted it on my album too. Cassandra’s songs are awesome, the covers they chose are awesome, and (the album) has such a great vibe.

Q: There used to be a credit union downstairs in the building where I worked, and for about a year after “Come Away With Me” came out, it played every time I walked into the credit union. credit. Tellers told me they loved it, and not as background music…

A: It’s cute. I’ve heard a lot of stories from people and it’s beautiful to hear that love coming back. Especially in the beginning, it was so strange how you create a thing – a record – and you put it out there and it swims around the world and it affects people in different ways. It’s a bit of a magic to record music and stream it.

Q: Your mom wasn’t happy when you dropped out of college to move to New York. But when you got discouraged in New York and wanted to go back to Texas, she encouraged you to stick it out for another year.

A: I think I just got the “New York blues,” which I think everyone has freshman year in the big city. I had a friend in New York, so I wasn’t alone. But had the blues. I was waiting tables and I was frustrated because in Texas I could make enough money on a concert on the weekend to pay my rent. But in New York, the rent was higher and the concerts didn’t pay at all.

I don’t think anything specific happened after (that phone call). But it really wasn’t that long after I started singing songs with Jesse and playing at (New York music club) The Living Room. And the feeling I encountered there was a whole world of new avenues and different ideas for music.

Q: Your late father, Ravi Shankar, lived in Encinitas, just north of San Diego, with his wife, Sukyana, and your half-sister, Anoushka. Did you come to San Diego very often to visit them?

A: Yes, in Encinitas we kind of got together when I was 18 and I first met my sister when she was 16. I spent a lot of time in Encinitas, not San Diego proper.

Q: Did Anoushka take you to any of her favorite places here?

A: I guess we went to Target a lot! And Marshall’s.

Q: Uh, why did you target a lot in Encinitas?

A: (laughs) Well, I moved from Texas to New York when I was 20, and I missed going to Target and Marshall! So that’s where we would go in Encinitas.